Accessibility links
LIVE: Jewel (A Bear) May Soon Give Birth; A Webcam Lets Us Watch : The Two-Way Two years ago, her sister Lily gave birth live on the Web. Now it's Jewel's turn. People from around the world have logged on to see how the Minnesota bear is doing.

LIVE: Jewel (A Bear) May Soon Give Birth; A Webcam Lets Us Watch

LIVE: Jewel (A Bear) May Soon Give Birth; A Webcam Lets Us Watch

As we learned last year with our posts about the Decorah "eagle cam," there's a lot of interest in watching animals in the wild. Especially when there are babies involved.

So here's some important information for nature lovers:

Jewel, a black bear in Ely, Minn., seems likely to give birth any time now and there's a webcam in her den — which means we all can keep an eye on how things are going. At this moment, about 400 people are watching and some are chatting online as they do. There have been nearly 54,000 "views" of the webcam. Jewel is mostly snuffling and snoring. Occasionally, she gets up to adjust herself and then lays back down.

As Minneapolis' Star Tribune has explained: 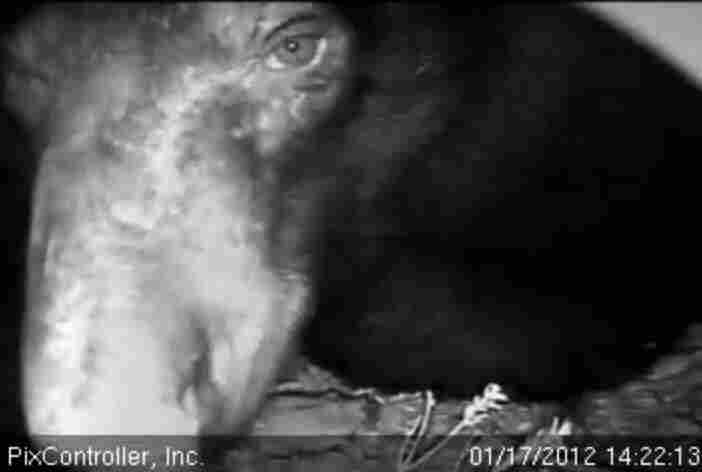 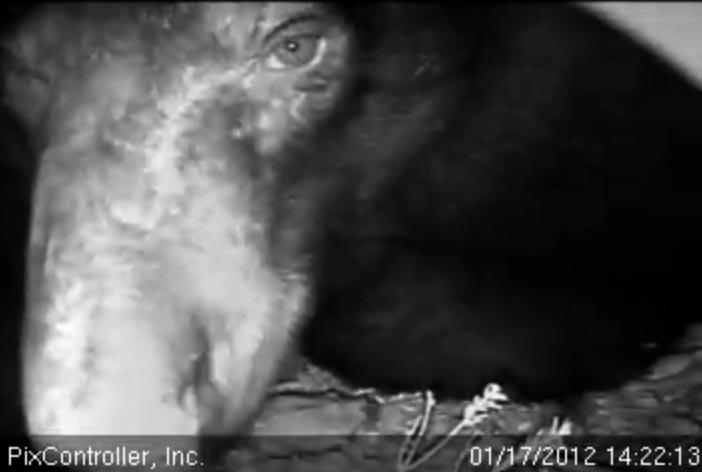 There's much more about Jewel at the website of the Wildlife Research Institute in Ely.

As for the eagles in Decorah, Iowa, the webcam is still "on" at their nest and it's hoped mom and dad will soon be watching over some eggs. Last year, three eaglets hatched. The Raptor Resource Project reported earlier this month that the one eaglet it can track:

"Has taken an amazing journey so far since leaving her natal nest on August 14th, [she has] flown up North through Minnesota, flown back South through Wisconsin, and since December 29th, she has surprised us all and has been back to within a fairly close mile radius of her natal nest in Decorah for several days."