Accessibility links
Kodak Calls Bankruptcy Filing 'Necessary Step' : The Two-Way Besieged by the digital age it helped spark, the once-dominant photo giant hopes to restructure and raise cash by selling some of its more than 1,000 patents. 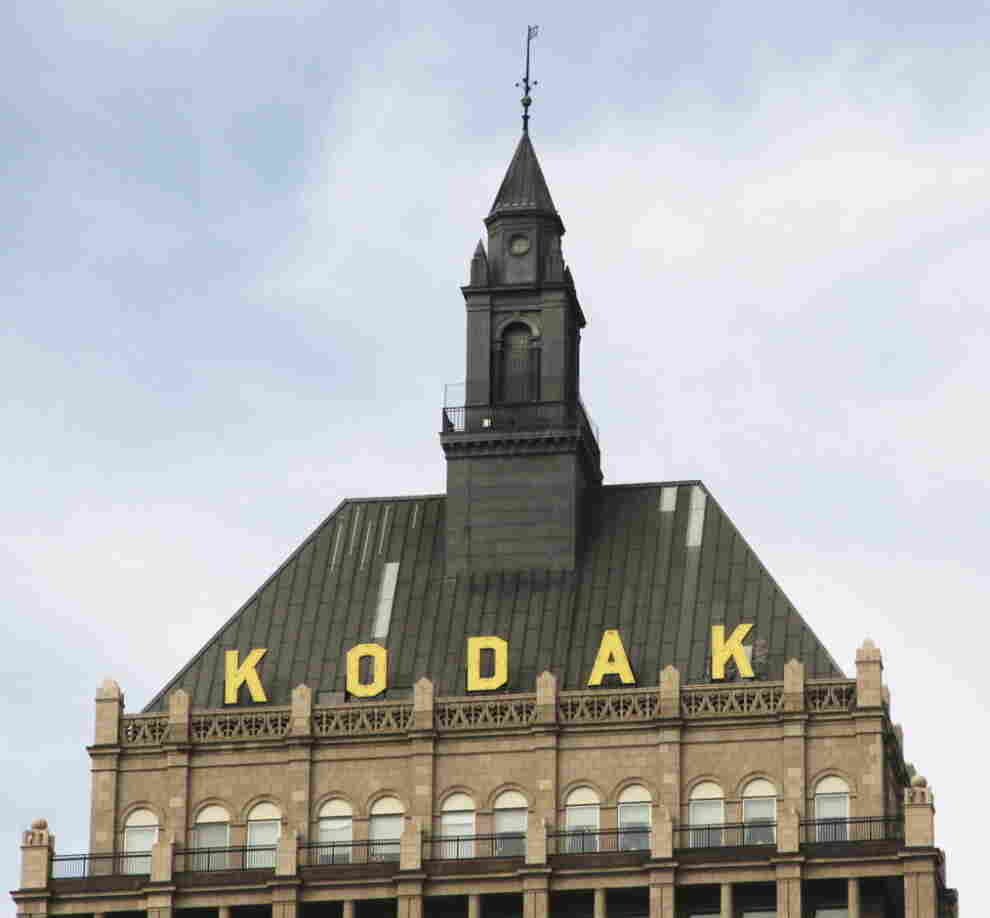 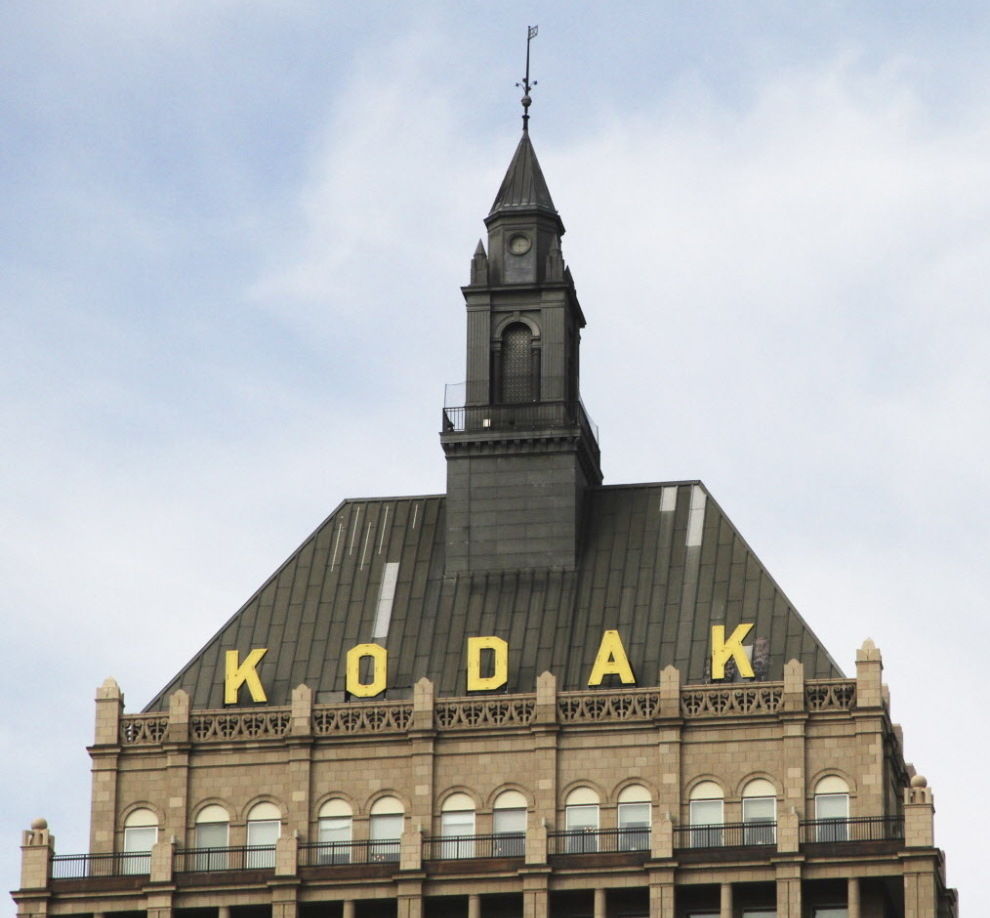 "Running short of cash and unable to sell 1,100 digital imaging patents that could have rescued it," as Rochester's Democrat and Chronicle writes, Eastman Kodak Co. today took the long-expected but still painful step of filing for Chapter 11 bankruptcy protection.

As The Associated Press says, this raises the specter that "the 132-year-old trailblazer could become the most storied casualty of a digital age that has whipped up a maelstrom of economic, social and technological change."

According to the Democrat and Chronicle, Kodak CEO Antonio Perez called the decision "a necessary step and the right thing to do for the future of Kodak."

In its court filing, which is posted here, the company says it has assets totaling $5.1 billion and debts totaling $6.8 billion. Ironically, many of its assets are patents for digital innovations that Kodak pioneered — but were then capitalized on by competitors.

In Rochester, where Kodak is based, "retirees, shareholders, management all could be bankruptcy losers," the Democrat and Chronicle adds. Perez has assured the company's approximately 18,000 employees around the world that "Kodak expects to pay employee wages and benefits" as it restructures, the newspaper says.

The Wall Street Journal has an interactive "history of Kodak" timeline posted here.