Accessibility links
Search Resumes At Stricken Italian Cruise Ship : The Two-Way More than 20 people are still missing. The Costa Concordia hit some rocks on Friday and listed over on it starboard side. Eleven deaths have been confirmed. There were about 4,200 passengers and crew onboard. 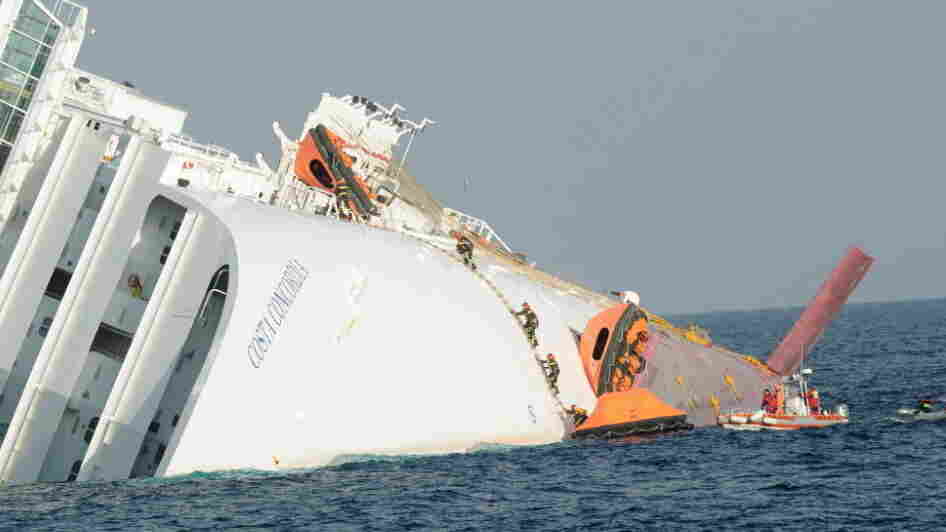 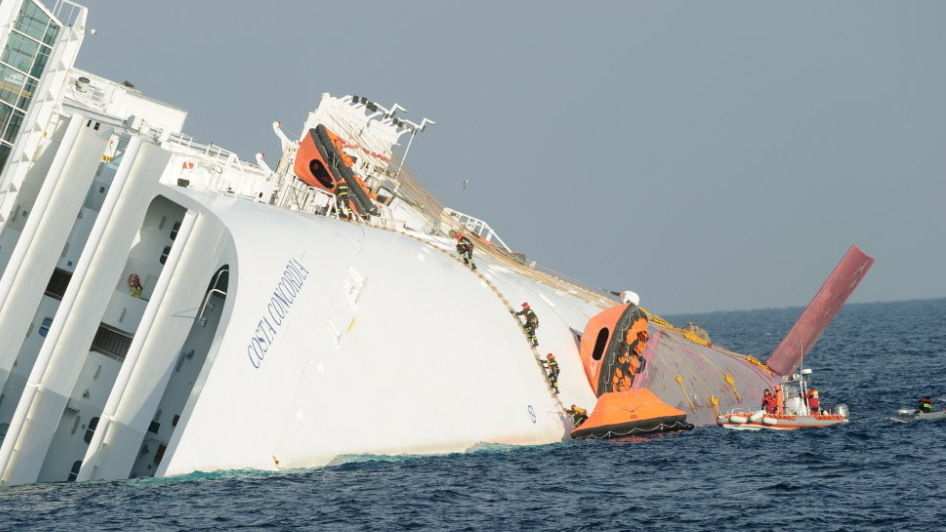 Searchers climbing on to the Costa Concordia earlier today (Jan. 19, 2012).

"Rescue efforts have resumed aboard the wrecked Italian cruise ship, Costa Concordia, off the coast of Tuscany," the BBC reports. "Operations were suspended on Wednesday as the vessel shifted its position. More than 20 people are still missing."

The ship, with about 4,200 passengers and crew aboard, ran into rocks on Friday and listed over to its starboard side. Eleven people are confirmed dead.

The ship's captain, Francesco Schettino, has been accused of manslaughter and abandoning the ship. He reportedly has claimed he "slipped and tripped into a lifeboat while helping passengers leave the stricken vessel," The Guardian says.

Italian Coast Guard Capt. Gregorio De Falco has become "an unlikely star" after the tragedy, as NPR's Sylvia Poggioli reported on All Things Considered, because of recordings that show how he angrily ordered Schettino to get back onboard the ship.