Accessibility links
Auction Of Audubon Set On Friday Could Mark New Record For Books : The Two-Way In 2010, a set fetched $11.5 million. At Friday's sale, it's expected that someone will bid even more. The four volumes were created between 1827 and 1838. 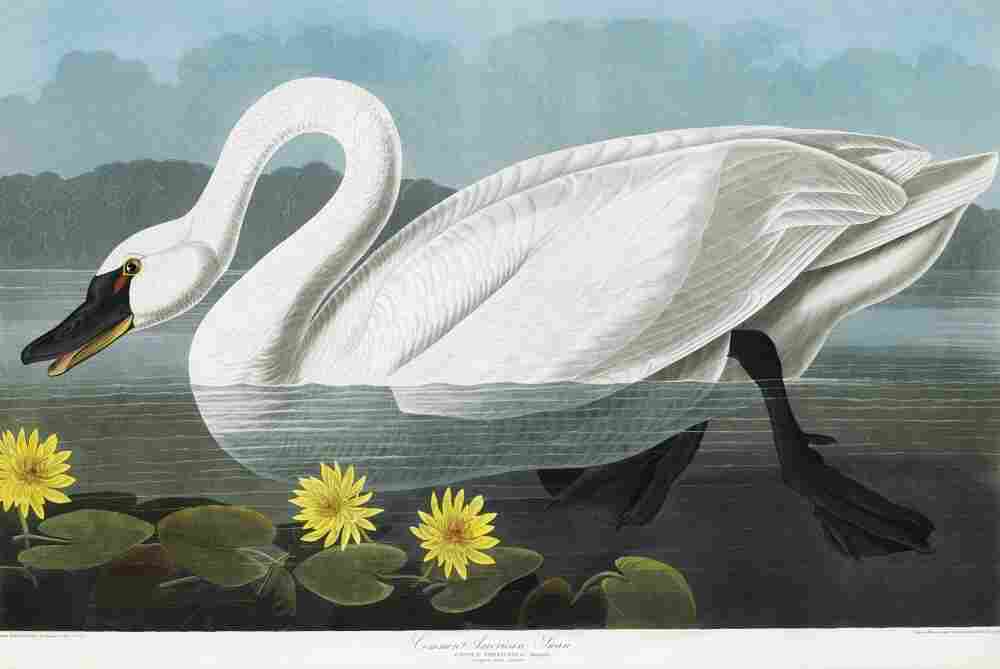 One of the 400 engraved images in the Audubon set: a Common American Swan. Christie's /AP hide caption 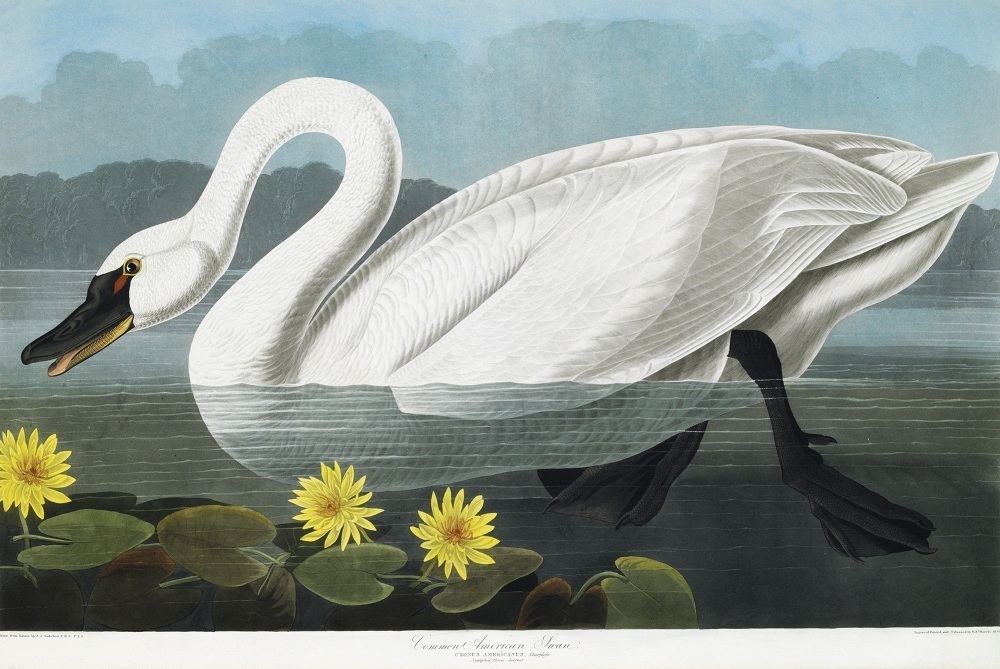 One of the 400 engraved images in the Audubon set: a Common American Swan.

A rare four-volume set — John James Audubon's Birds of America — stands a good chance of becoming the most expensive such books ever auctioned on Friday.

The auction house, Christie's New York, says the books are likely to fetch $7 million to $10 million. But that's just something of a suggestion and very likely won't be the final figure. As Barron's reports:

"Tom Lecky, Christie's head of books and manuscripts ... [says] another full set of Birds of America reached [a record] $11.5 million when it was sold by Sotheby's in London in 2010. Lecky says that set, known as the Hesketh, was estimated [before the sale] at less than the [value of the] volumes" that will be auctioned Friday.

And according to The Guardian:

"Only 120 complete sets of Audubon's 435 hand-colored, life-sized engravings of America's birds are believed to exist today, with the majority (107) owned by institutions. ... The new set was bought by the fourth Duke of Portland at some point after 1838 and is in 'excellent' condition, said Christie's. ... Measuring over three feet in height and running to four volumes, The Birds of America was created by Audubon between 1827 and 1838."

The Christian Science Monitor adds that "the size of the book was dictated by Audubon who insisted on dimensions that would enable life-size renderings of the hundreds of birds he depicted." Each volume measures 3 feet by 2 feet.

The Daily Beast has a gallery of images from the set posted here.