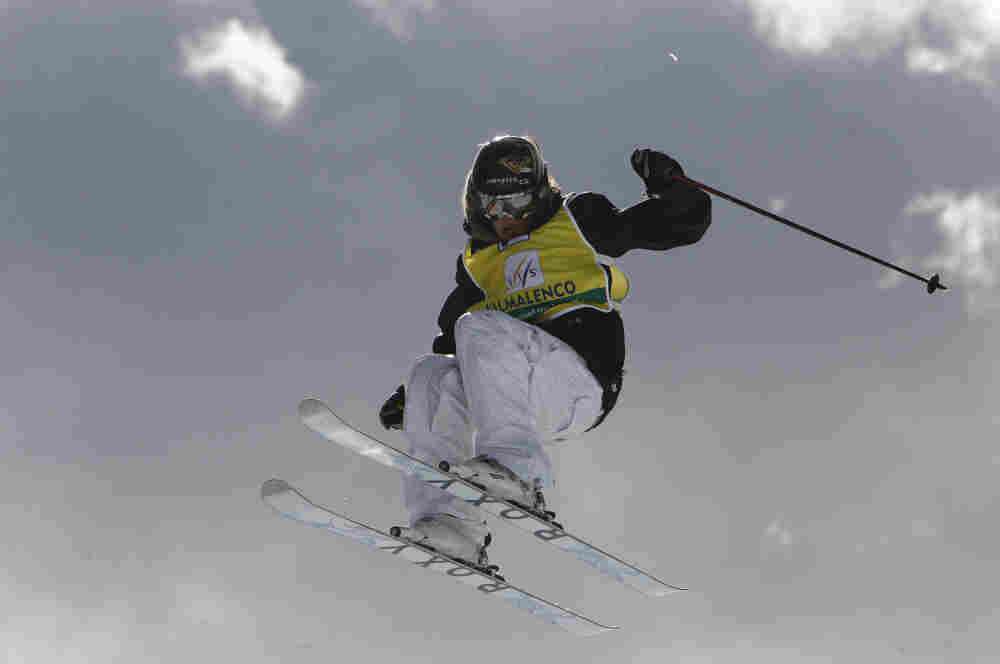 Sarah Burke of Canada is airborne as she competes in the women's halfpipe freestyle event at the World Cup finals in Valmalenco, Italy in 2008. Giovanni Auletta/AP hide caption 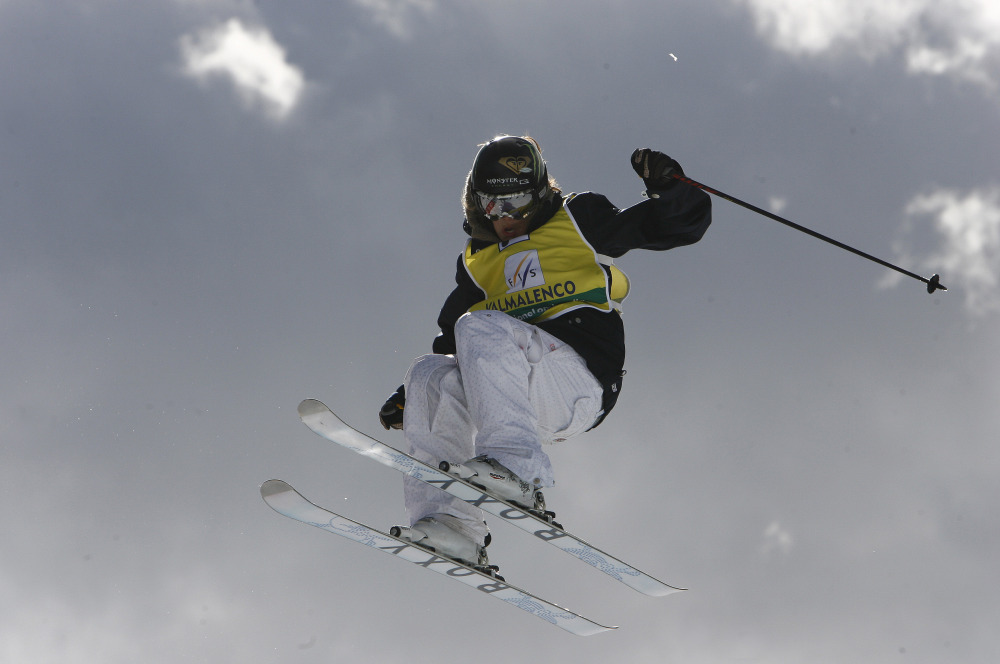 Sarah Burke of Canada is airborne as she competes in the women's halfpipe freestyle event at the World Cup finals in Valmalenco, Italy in 2008.

Freestyle skiing pioneer Sarah Burke died this morning at the University of Utah Medical Center from injuries suffered nine days ago while practicing the sport she championed.

"Sarah passed away peacefully surrounded by those she loved," says a statement from the medical center. "In accordance with Sarah's wishes, her organs and tissues were donated to save the lives of others."

The 29-year-old Canadian X-Games champion was practicing at the cavernous Eagle Superpipe course at Park City Mountain Resort in Utah on January 10 when she bounced from her skis to her head. Witnesses said Burke did not seem to hit hard but doctors say she suffered a ruptured neck artery and cardiac arrest.

"Sarah sustained severe irreversible damage to her brain due to lack of oxygen and blood after cardiac arrest," the hospital statement says.

The Superpipe is a canyon of snow carved steeply into a slope. The Park City Superpipe has walls that rise nearly 90 degrees and 22 feet high. Snowboarders have been doing flips, twists and turns on similar courses for years. Burke helped bring the sport to skiing.

As NPR's Tom Goldman noted in this recent story about the skier:

"Burke not only was one of those who lobbied hard to get ski halfpipe into the Olympics — it'll start in 2014 — but she fought for the inclusion of women in the sport as well."

Goldman included an excerpt from the Ski Channel feature film "Winter" in which Burke recalls the fight.

"It was a lot of sad calls to my parents, not understanding why I could beat half those boys but they wouldn't let me in the contest," Burke recalled. "I remember sending emails to X Games, you guys got girls yet?"

Burke won four X-Games gold medals and was considered a favorite for the first Olympic gold in the event in the 2014 Winter Games in Sochi, Russia. She was training for the X Games competition when she was injured.

"Together we felt that we could prove to everyone that we were talented and fun to watch," said Jen Hudak, a member of the U.S. Freestyle Ski Team, in Salt Lake City's Deseret News. "That's what this sport is about — performing and loving what you do... Sarah embodied all of that and was our leader in doing so."