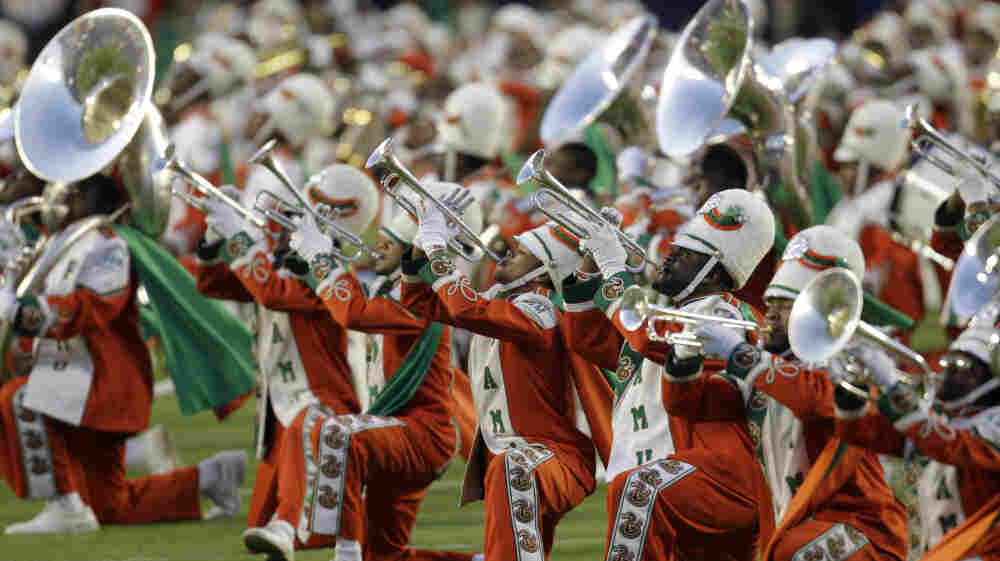 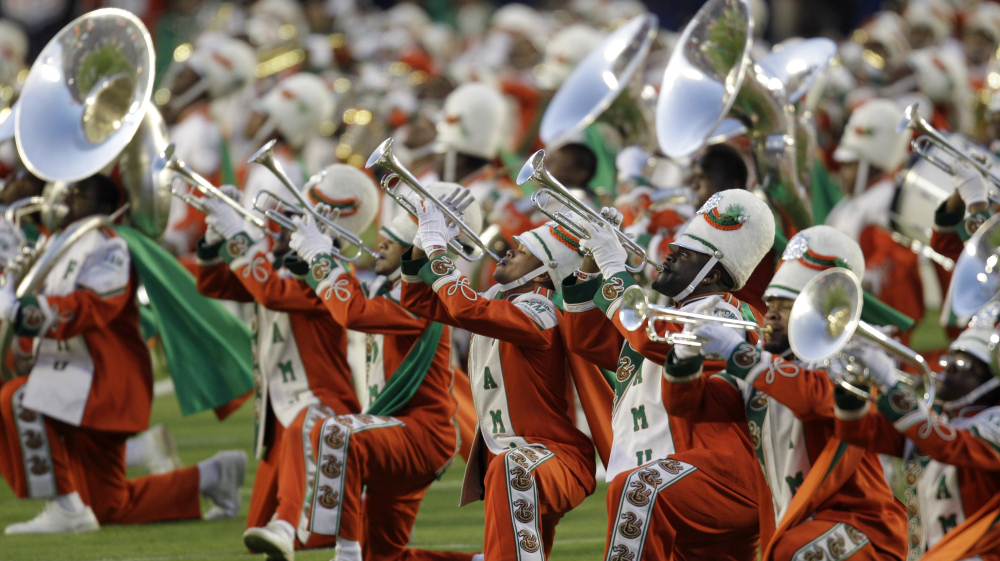 Four more members of Florida A&M University's marching band were arrested and accused this week of hazing several band mates. The hazing allegedly occurred last September as prospective band members tried to join a sub-group of clarinet players known as The Clones. Florida police allege one woman was beaten and took photographs of her bruises before dropping out of the initiation, according to AP.

FAMU's renowned Marching 100 Band shot to attention last November when drum major Robert Champion was viciously beaten on a bus during a band trip to Orlando. He died shortly afterwards and a medical examiner declared his death a homicide; police say it was related to hazing, according to the Orlando Sentinel. No one's been charged in the murder.

The university's band director was fired, then recalled and put on suspension while authorities investigated Champion's death. Julian White insists he tried to warn university authorities earlier in the semester that he'd suspended 26 students for hazing-related incidents but his complaints weren't heard.

Last December, a month after Champion died, three FAMU band members were arrested and charged with hazing a female band member who was pledging a sub-group of marching band members from Georgia. She was reportedly punched so badly her leg was broken and she developed blood clots.

This week, FAMU campus police told a college trombone player to stay away from the university for a year after allegations surfaced that he harassed a fellow band member who refused to join a band sub-group, according to WTXL-TV. The report says the harassed student worried the situation could become violent.

With these developments, Robert Champion's parents joined other activists this week in Washington to kick off a national awareness effort to stop hazing violence, according to USA Today. They want universities to identify hazing problems and report incidents to authorities in an effort to stop the dangerous activity.

In the meantime, they're suing the company that owns the bus on which their son died; the Atlanta Journal Constitution reports they plan to sue FAMU later this year.