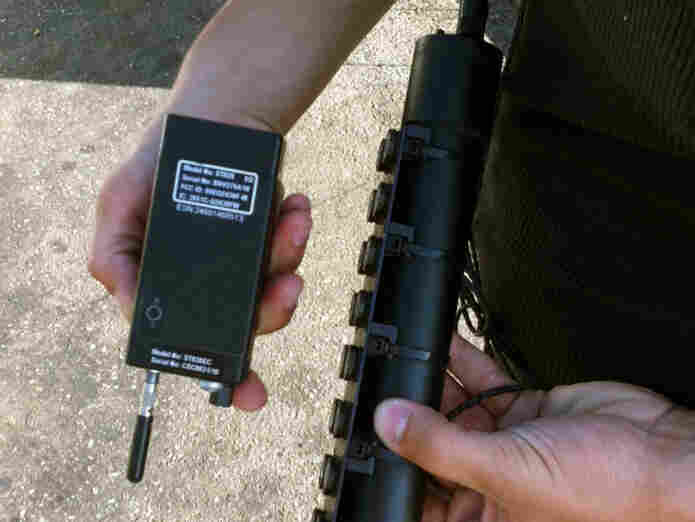 The Supreme Court heard arguments in a case about whether GPS monitoring devices like this one may be affixed to suspects' cars without a warrant from a judge. Yasir Afifi/AP hide caption 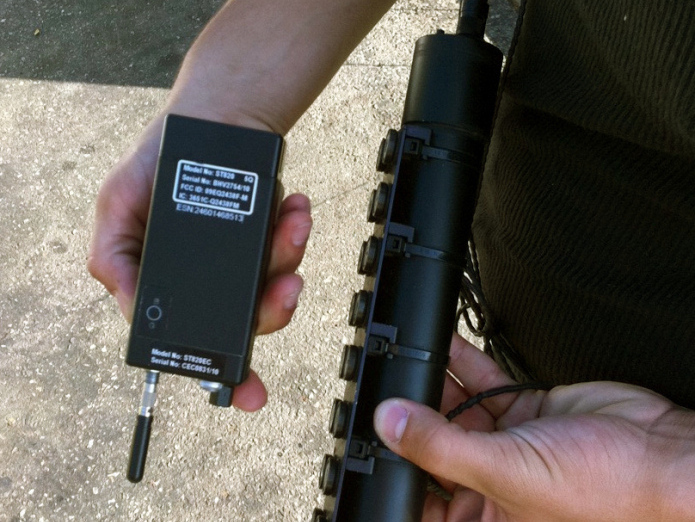 The Supreme Court heard arguments in a case about whether GPS monitoring devices like this one may be affixed to suspects' cars without a warrant from a judge.

The Supreme Court has just ruled that police need a warrant if they want to place a tracking device on a suspect's vehicle. The court's decision was unanimous.

NPR's Nina Totenberg says that this debate has been a contentious issue in the digital age. Here's how she explained it to newscaster Paul Brown:

At issue here is the case of Antoine Jones, a Washington, D.C. night club owner. Police put a GPS tracking device on his car for 30 days. That helped authorities find a stash of money and drugs.

The Supreme Court decided today that placing a GPS device on a vehicle constitutes a search, so they need a warrant. The AP reports that Justice Antonin Scalia wrote the court's main opinion:

"'By attaching the device to the Jeep' that Jones was using, 'officers encroached on a protected area,' Scalia wrote.

"All nine justices agreed that the placement of the GPS on the Jeep violated the Fourth Amendment's protection against unreasonable search and seizure. ...

"Justice Samuel Alito also wrote a concurring opinion in which he said the court should have gone further and dealt with GPS tracking of wireless devices, like mobile phones. He was joined by Justices Ruth Bader Ginsburg, Stephen Breyer and Elena Kagan.

Wired's Threat Level blog says the last time the court considered a blockbuster Fourth Amendment case like this one was a decade ago.

"... The justices ruled that the authorities must obtain search warrants to employ thermal-imaging devices to detect indoor marijuana-growing operations, saying the imaging devices carry the potential to 'shrink the realm of guaranteed privacy,'" Wired reports.

Jones' life sentence had been overturned by an appeals court. The Supreme Court upheld that decision.

"While this case turned on the fact that the government physically placed a GPS device on the defendant's car, the implications are much broader. A majority of the Court acknowledged that advancing technology, like cell phone tracking, gives the government unprecedented ability to collect, store, and analyze an enormous amount of information about our private lives," ACLU Legal Director Steven R. Shapiro said in a statement. "Today's decision suggests that the Court is prepared to address that problem. Congress needs to address the problem as well."