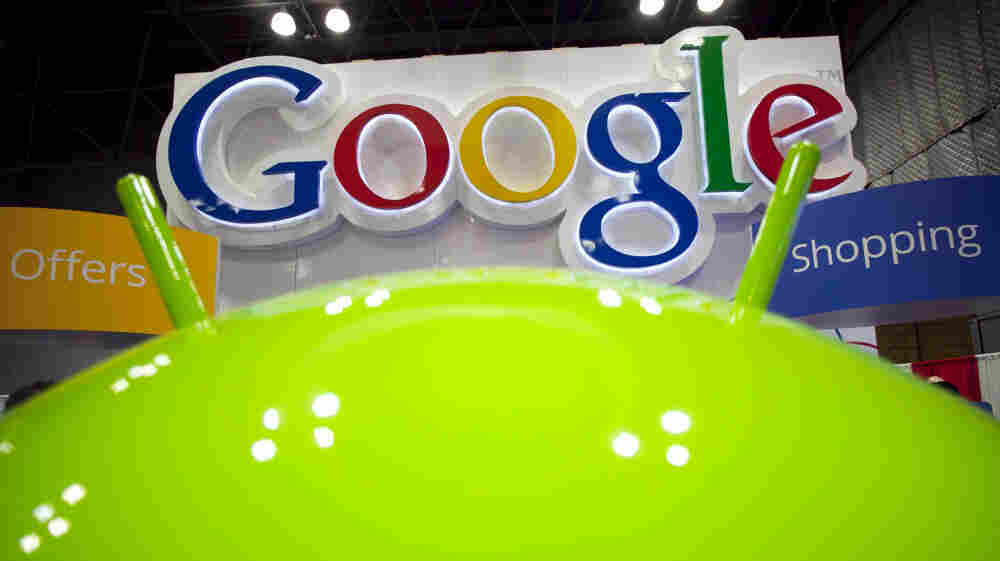 A sign for Google is displayed behind the Google android robot, at the National Retail Federation in New York. Mark Lennihan/AP hide caption 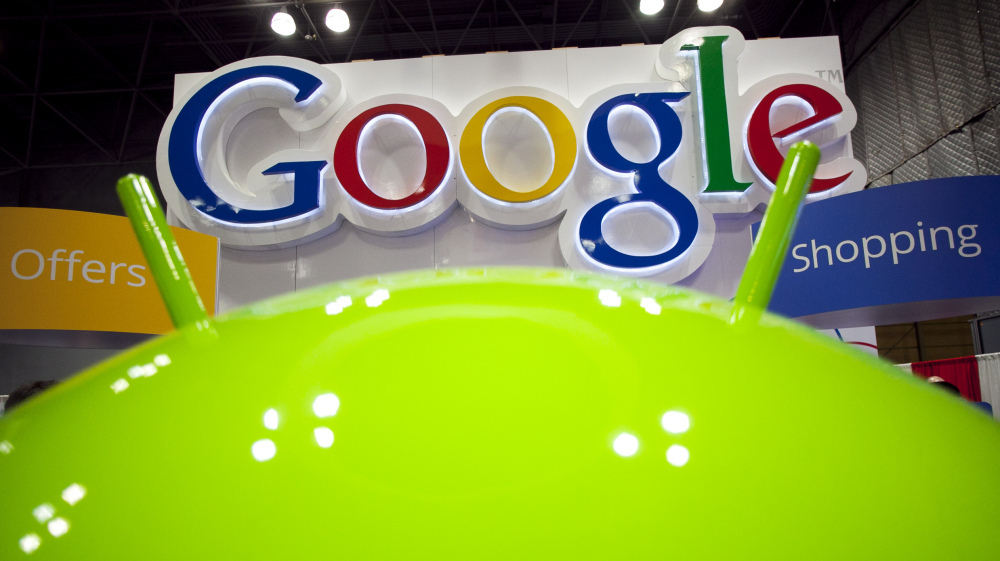 A sign for Google is displayed behind the Google android robot, at the National Retail Federation in New York.

Yesterday afternoon Google announced it was making sweeping changes to its privacy policy beginning March 1. Users can't opt out, so Google is beginning to send notice to its users via email and even on its homepage.

The big change is that Google will now track you across its services. In other words, Google will now, for example, be able to pair information it collects on its email service with information it collects on its search service to really target its advertising. In a blog post explaining the changes, Google says it will make the experience across its suite of products "more intuitive."

But here's how Danny Sullivan, a search expert, explains it for Marketing Land:

"It sounds like the Miranda warning so familiar to those who watch US cop shows: 'Anything you can and do will be held against you in a court of law.' On March 1, Google has a new privacy policy and terms of service that goes into effect. Anything you do on Google, under these new agreements, can and may be used to target you in a court of Google, so to speak.

In many ways, this is Google growing up into the new portal it has become. Rather than people signing up for individual products, Gmail, YouTube and so on, they're now signing-up for Google — or at least a single set of terms (in most cases) for all the company's products. It's similar to how you sign-up for Facebook, rather than individual products within Facebook."

Simplifying is good, said Sullivan. But then, he adds, you start thinking about what information Google can now use. In a Gmail account, Google can use your personal details, your contact list and your actual emails.

In its story, The Washington Post answers yes to all those questions. They say this would mean that Google for example could surmise you are a basketball fan by all those YouTube videos you watch and then pair that with the Miami location you've set in Gmail. They would then serve ads for the Miami Heat.

"Google's new privacy announcement is frustrating and a little frightening," Common Sense Media chief executive James Steyer told the Post. "Even if the company believes that tracking users across all platforms improves their services, consumers should still have the option to opt out — especially the kids and teens who are avid users of YouTube, Gmail and Google Search."

While Google is not providing a way for users to opt out of its new privacy policy, this tracking only happens when you are logged in.

Still Rep. Ed Markey (D-Mass.) told USA Today that the move opens questions about how much control users have over personal information. The paper adds:

"Critics worry the tech giants will open fresh opportunities for cybercrooks to prey on users of the sites.