Accessibility links
Alaska Airlines To Stop Handing Out Prayer Cards : The Two-Way For more than 30 years, the airline had been including psalms with its meals. But a growing number of passengers have complained, the airline says. So now fliers will — as many already do — need to carry on their own prayers.

"After more than 30 years of handing prayer cards to customers aboard its planes, Alaska Airlines has decided the practice is outdated and will stop doing it on Feb. 1," The Seattle Times reports. 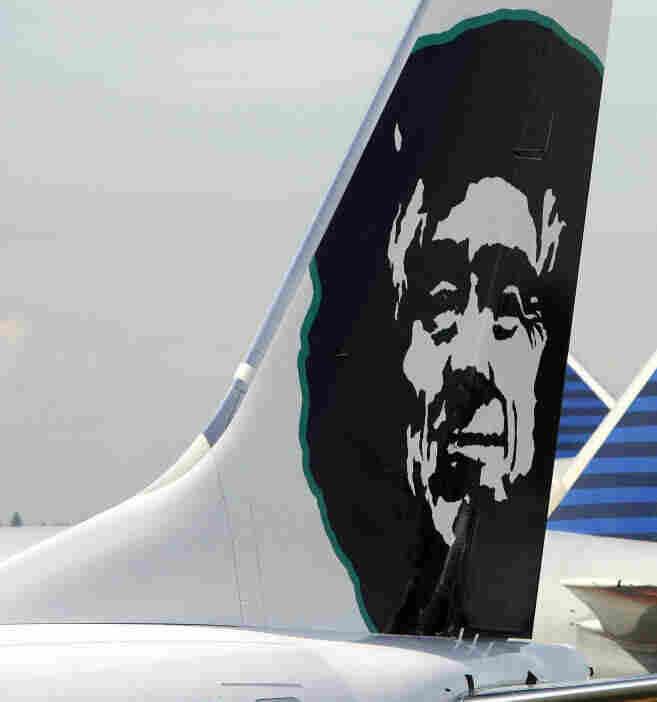 An Alaska Airlines jet. On that airline, prayer cards are no longer going to be part of the flying experience. Gabriel Bouys /AFP/Getty Images hide caption 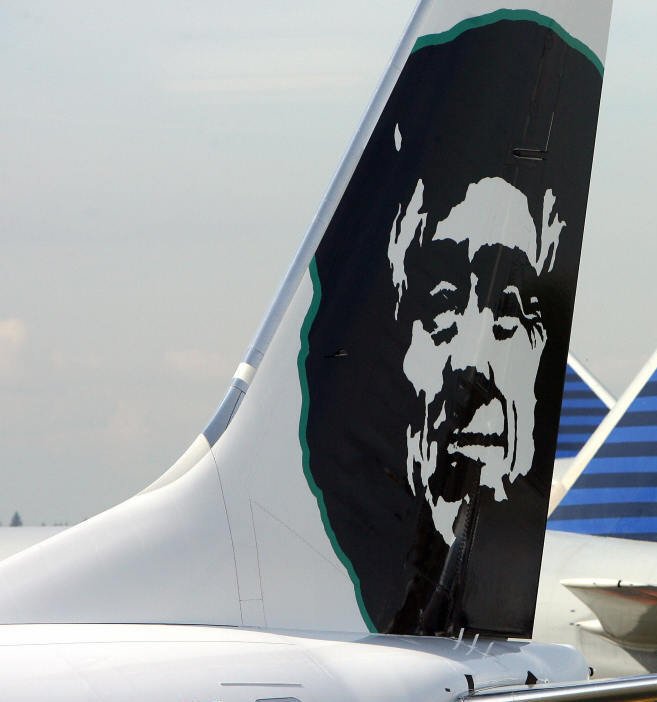 An Alaska Airlines jet. On that airline, prayer cards are no longer going to be part of the flying experience.

A few things struck us about this news.

-- An airline handing out prayer cards? We haven't flown Alaska Airlines, so this was a surprise. And at first it seemed like a bit of misplaced marketing. Sure, many nervous fliers say a prayer or two. But why play into any fears?

Well, it turns out that the cards come with meals — and that the airline once saw them as a way to "fancy up the meal service since many folks like to give thanks before a meal," as one of its executives once said. So it was the food they were supposed to be praying about, not the flight. And since it was airline food, perhaps that makes some sense.

The cards have a rotating series of psalms from the Old Testament.

-- This is another sign of how times change. In an email to frequent fliers, the Times reports, Alaska Air Group CEO Bill Ayer and Alaska Airlines President Brad Tilden said the airline had been receiving a growing number of complaints from fliers who were offended. Just eight years ago, the airline said the number of thanks it got far exceeded the complaints.

-- It was a bit odd to also read that for the past six years, only first-class fliers were getting the cards. We can see why, of course, since all airlines have been cutting back on meal and drink service in coach class. No meals, no cards. But as the Anchorage Daily News writes: "Insert joke here about first-class passengers being more valuable to the airline."