Accessibility links
Arizona Gov. Brewer Says She 'Was Not Hostile' In Meeting With Obama : The Two-Way Gov. Jan Brewer said the "terrible encounter" with the president "left me breathless."

Arizona Gov. Brewer Says She 'Was Not Hostile' In Meeting With Obama

Arizona Gov. Brewer Says She 'Was Not Hostile' In Meeting With Obama 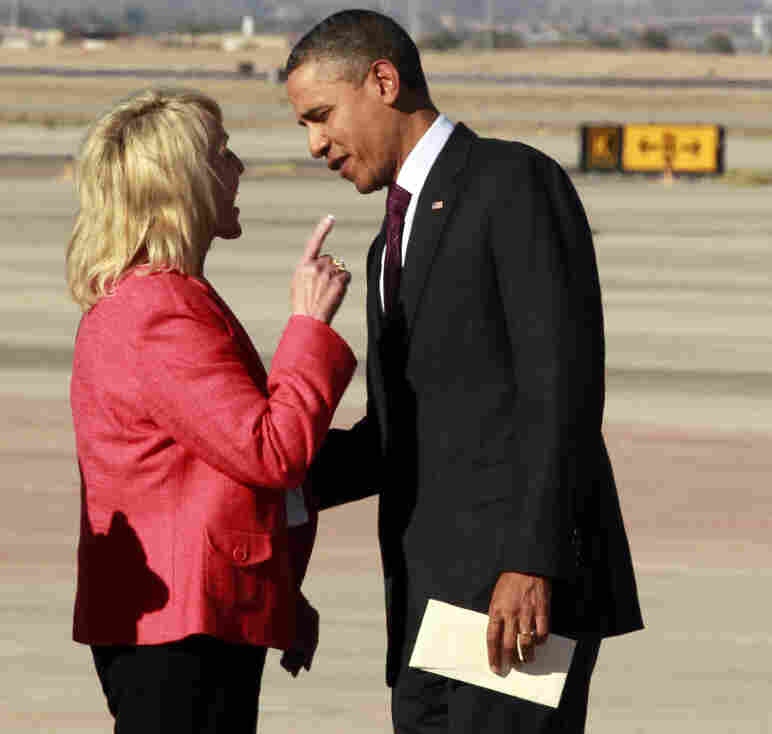 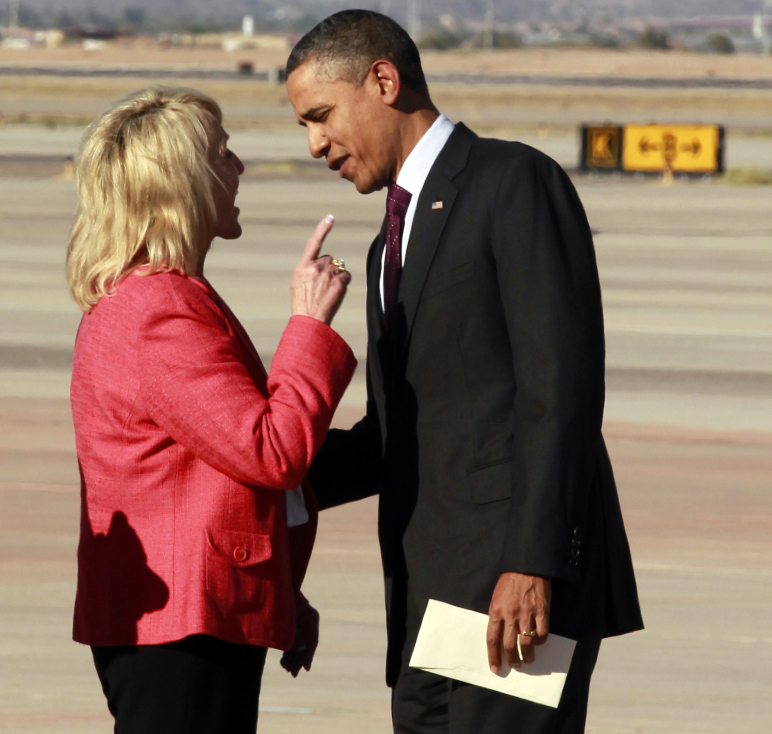 Usually, there is lots of formality and protocol when a president steps off Airforce One and walks onto a tarmac. But, yesterday, when President Obama landed at the Phoenix-Mesa Gateway Airport, he was greeted by Gov. Jan Brewer and very quickly the welcome turned into a serious and tense discussion.

According to the pool report, Brewer first handed Obama an envelope and then the two appeared to be talking over one another. At one point, as an AP photograph shows, Brewer raised her finger at Obama. The pool report notes that Obama seems to have walked away from the governor mid sentence.

Today, after a handful of interviews from Brewer throughout the day, we have a better idea of what was said during the exchange.

The Arizona Daily star reports that Brewer said she wanted to talk to the president about jobs and the economy, but he changed the subject to her new book Scorpions for Breakfast.

Brewer said President Obama was "disenchanted" with the way a 2010 meeting between the two at the White House was portrayed. According to the AP, in the book Brewer writes that President Obama lectured her on her immigration policy.

"I felt minimized to say the least," Brewer writes in the book.

Brewer says she told the president she was sorry he felt that way about the book. In an interview with Channel 12 in Phoenix, Brewer defended her book saying her account of the meetings with President Obama were "factual, truthful."

Still, she said, "I was not hostile."

The Arizona Republic got this explanation from the White House:

In an interview with Fox News, last night, Brewer was less diplomatic. She called the talk a "terrible encounter" and called the president "thin skinned."

"I want our borders secured. I want our nation protected. He wants amnesty," Brewer said. "We're never going to agree. I don't know why he was surprised by my book."

She said by handing him a hand-written letter inviting him to the border, she was "trying to be very gracious," but the president "reacted in a very negative manner... that kind of left me breathless."