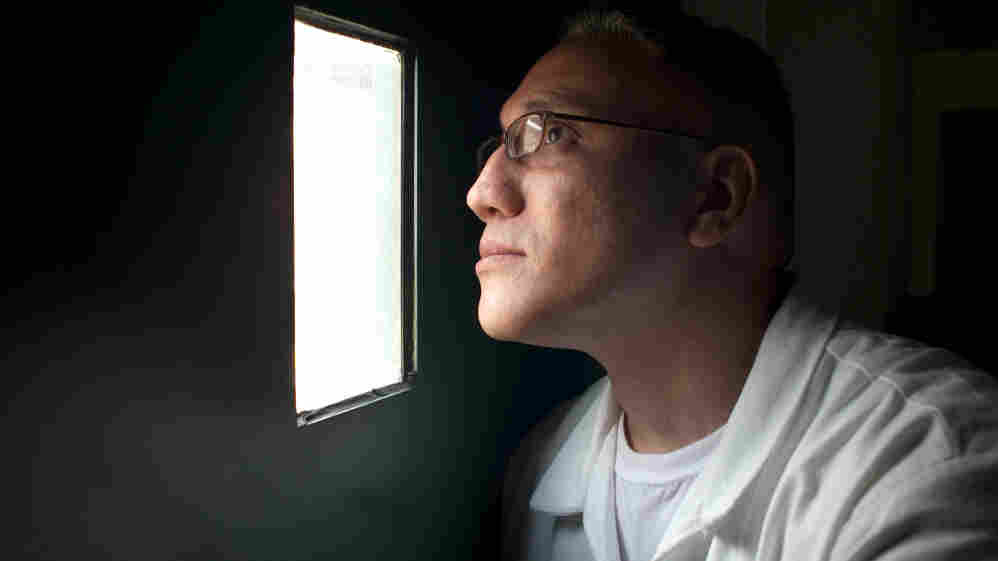 Ernie Lopez is serving a 60-year prison sentence for a crime he, and medical experts, say he didn't commit. Courtesy of Frontline hide caption

A Texas man whose conviction for sexually assaulting a 6-month-old girl raised questions about the science behind determining how children die has won a key legal battle. The Texas Court of Criminal Appeals on Wednesday threw out the conviction of Ernie Lopez, ruling that the Amarillo man's original attorneys failed him by not calling potentially important medical experts as witnesses.

Now the Amarillo district attorney must decide whether to retry Lopez, who has been in prison for nine years. Lopez is serving a 60-year sentence.

Last June, reporting by NPR's investigative unit, working with journalists from PBS Frontline and ProPublica, found that Lopez could have been falsely accused and convicted.

Lopez and his wife were babysitters for the infant, Isis Vas. Lopez was alone with the girl in October 2000 when she went into distress. Lopez called 911 and an ambulance crew rushed the baby to the hospital. Doctors and nurses saw marks on her face, bruises on her body and blood in the girl's vagina. Less than 24 hours later, the baby died. Right away, doctors and nurses suspected child abuse. At Lopez's trial, in 2003, one nurse testified that it was the worst case of child abuse she'd ever seen.

The NPR, Frontline and ProPublica investigation found nearly two dozen cases in the United States and Canada where people were convicted of killing children, but were later cleared when it turned out the accusations were based on flawed or biased work by forensic pathologists and other medical professionals.

Lopez's current lawyers argue that his case should get counted as one of those false convictions. They say Isis Vas died, not because she was beaten and sexually assaulted, but because of an undetected blood disorder that can create bruises and bleeding that mimic child abuse. But no witnesses were called to make that case at the original trial.

On Wednesday, the Texas Court of Criminal Appeals, the state's highest court for criminal cases, ruled that Lopez had received "deficient representation" and that had such witnesses testified on behalf of Lopez, there was a "reasonable probability the jury would not have convicted him."

"We are very pleased with the Court of Criminal Appeals decision to set aside Ernie's conviction," said Heather Kirkwood, the attorney who put together Lopez's latest appeal. She added: "The Texas courts deserve ample recognition for the careful review of the record that led to today's decision."

William McKinney Jr., another Lopez attorney, said the local district attorney, Randall Sims, must now decide whether to retry the case. Last year, Sims told NPR, Frontline and ProPublica that he would pursue a new trial if the appeals court set aside the guilty verdict. Sims did not respond Wednesday to a request for comment.

There is an added risk for Lopez in a new trial. Originally, Lopez was indicted on child sexual assault and murder charges. Prosecutors chose to go to trial on the sexual assault case first, and got a conviction. Jurors only learned that the child had died when it was time for them to determine Lopez's prison sentence. A new trial could also include the murder charge, and prosecutors could seek the death penalty.

Lopez's attorneys are ready to present medical experts who say there was evidence that Isis Vas suffered from a series of problems that suggested she had a rare blood disorder. They will argue that this is consistent with what Lopez told paramedics, doctors and the hospital: That the baby had been sick, lethargic and eaten little from the time her mother brought her to the Lopez house three days earlier.

Although prosecutors and the child's mother have insisted Lopez was guilty, others have expressed their strong doubts, including Lopez's family, his former boss, a psychologist who evaluated him, and friends of the baby's mother, who say the woman, a physician, behaved erratically, drank through her pregnancy with Isis and then was a neglectful parent, even once leaving the baby by herself while the mother went to work.

The mother, Veronica Vas, disputes these claims and says her child was in good health — although she had a cold and some bug bites on her face — when she left her with Lopez and his wife.

Lopez is currently at a state prison 600 miles from his family in Amarillo. Now he'll be transferred back to Potter County. Lopez's lawyers say they will ask that he be released on bond and be allowed to live with his family, even if he faces a new trial.

Although the Texas court released its ruling on Wednesday, Lopez's attorneys were not able to get approval to call him with the news. They are scheduled to tell him on Thursday afternoon.

Amarillo District Attorney Randall Sims says: "The case won't be dismissed, I can tell you that," according to the Tex Parte Blog of the Texas Journal. But Sims said the situation is "fluid" and his office has not decided how to proceed in reaction to the Texas Court of Criminal Appeals decision to set aside Lopez's conviction.