Accessibility links
An Emotional Moment: Sen. Mitch McConnell Meets Myanmar's Suu Kyi : The Two-Way McConnell was the architect of the sanctions against Myanmar and over the past few months, he's seen country race toward democracy. 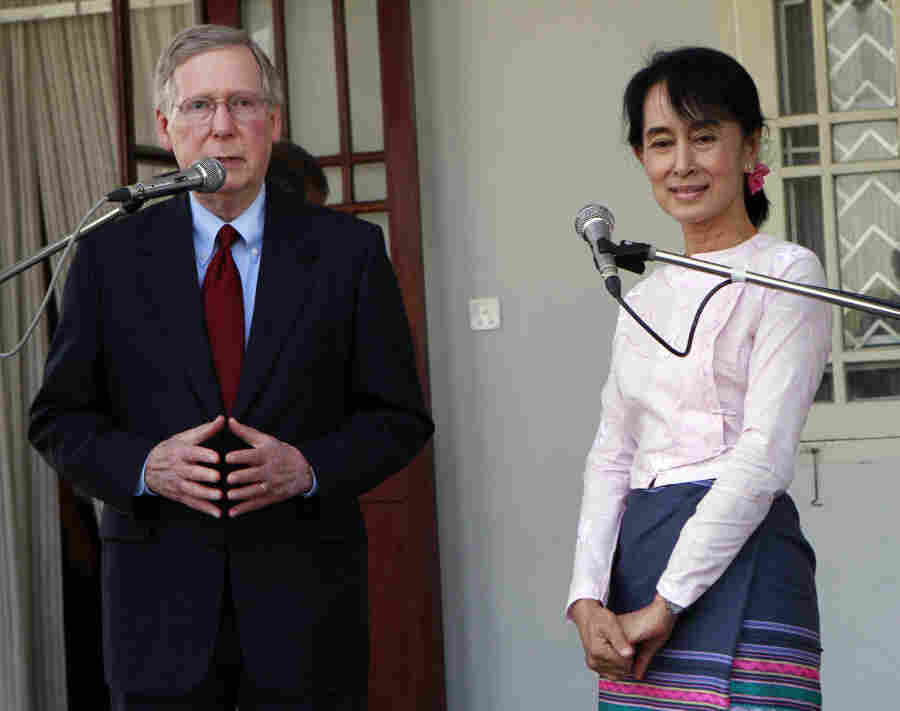 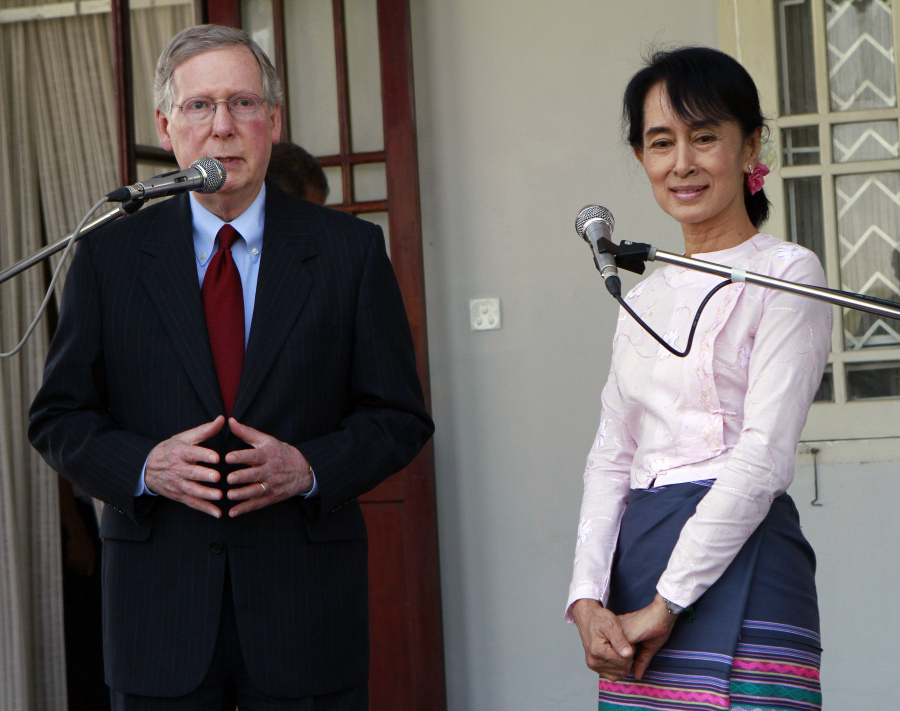 U.S. Senator Mitch McConnell talks as Myanmar pro-democracy leader Aung San Suu Kyi listens during a press conference after their meeting at her home in Yangon, Myanmar on Monday.

Mitch McConnell, the senate Republican leader from Kentucky, was the original author of the United States' sanctions on Myanmar.

So these last six months have been astounding for him. Myanmar, which is also known as Burma, has gone through an amazing transformation. Aung San Suu Kyi, the country's leading opposition figure, has announced she will seek public office and the U.S. has reestablished diplomatic ties with Myanmar.

"I read about it in the newspaper like everyone else," he said. "It was an interesting story: the uprising in '88, the election in 1990 in which Suu Kyi got 80 percent of the vote and their outrageous decision to put her under arrest for most of the next 20 years, the inability to go accept the Noble Peace price in '91.

"All of that I found a fascinating and interesting story. Even though I tought the chance of influencing events there were quite remote, I started taking about it."

Eventually he got the sanctions through congress and he said one day Suu Kyi managed to send him a hand-written note that he said he framed and hung in his office.

"To be perfectly candid with you, I wasn't all that confident things would ever change," he said.

But they have: Over the past six months, the country's ruling military junta disbanded and Myanmar is now headed toward elections.

Michele shared this bit of tape with us in which McConnell describes meeting Suu Kyi:

Michele will have a piece on All Things Considered tonight, so tune into your local NPR member station to listen. Well also add Michele's piece to this post, a little later tonight.