Accessibility links
Twitter Announces It Can Now Block Content By Country : The Two-Way Saying it has no plans to operate in China, Twitter said its commitment to freedom of expression remains unchanged.

Twitter announced, last night, that it now has the ability to block content by country. This means, for example, that if a Tweet breaks a German law, Twitter can now block it in Germany but leave it up in the rest of the world.

"As we continue to grow internationally, we will enter countries that have different ideas about the contours of freedom of expression. Some differ so much from our ideas that we will not be able to exist there. Others are similar but, for historical or cultural reasons, restrict certain types of content, such as France or Germany, which ban pro-Nazi content."

Naturally, the subject quickly turns to the Arab Spring, where Twitter has played a key role in the revolutions. In many of those countries, it is illegal to criticize the regimes. So does this mean that Twitter will abide by the local laws and censor those tweets? 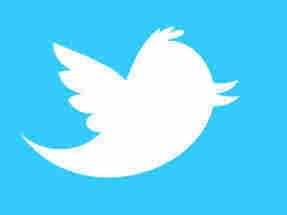 Rachel Bremer, a Twitter spokesperson, said they would not comment n "hypothetical situations, but can say that our policy and philosophy about the importance of supporting free expression has not changed."

We asked Twitter if this move was an attempt break into China. Back in 2005, Google decided that in order to gain access to the huge Internet market, Google would abide by China's censorship rules. In 2010, the two had a fallout and Google decided to stop censoring results.

Bremer said that "at this time we do not see a way to operate in China that is consistent with that philosophy."

In its blog post, Twitter said it has not yet used this feature and it will try to inform users whose content has been censored. Like Google, it will also release reports that detail what content governments have asked to be censored.

Back in October, we looked at Google's latest report on government requests. It detailed many requests that Google denied in the United States. It also said that in Thailand, for example, Google complied with 90 percent of the requests from the government to remove YouTube videos that insult the monarchy, which is illegal.