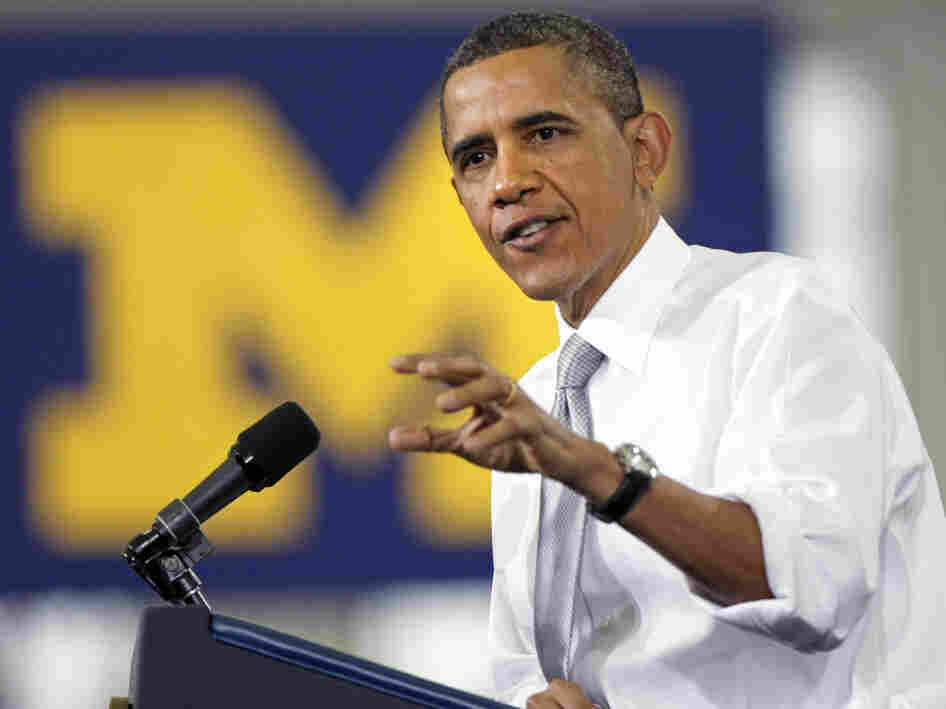 President Obama making his case this morning at the University of Michigan in Ann Arbor. Bill Pugliano/Getty Images hide caption 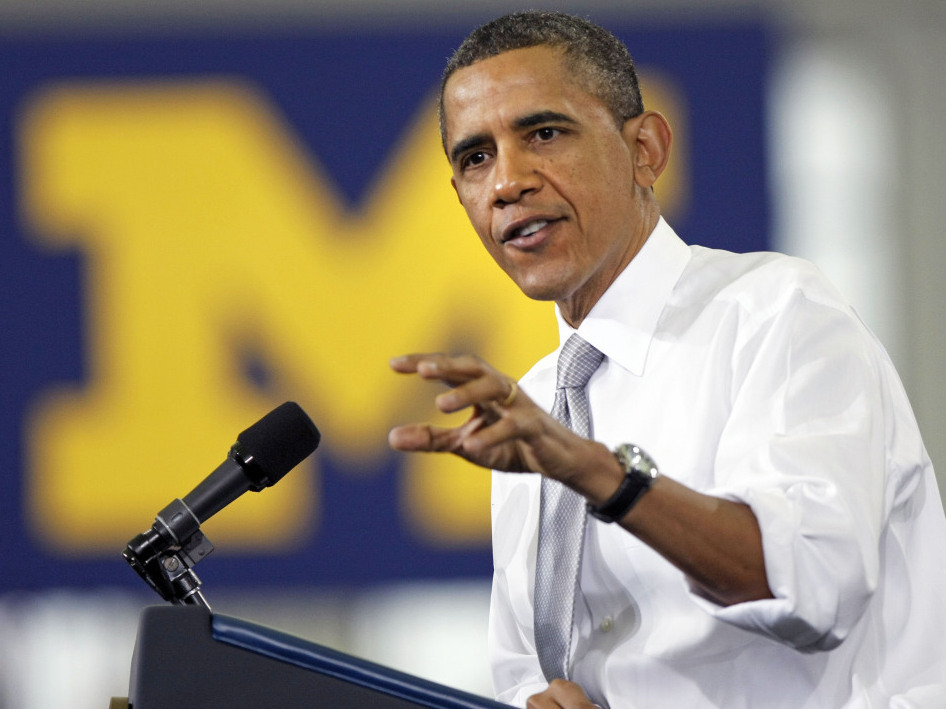 President Obama making his case this morning at the University of Michigan in Ann Arbor.

Taking an issue he highlighted during his State of the Union address on the road, President Obama this morning told an audience at the University of Michigan that he is "putting colleges on notice" that the era of unabated tuition hikes is over, as The Associated Press reports.

His message to colleges and universities: "You can't assume that you'll just jack up tuition every single year. If you can't stop tuition from going up, then the funding you get from taxpayers each year will go down."

NPR education correspondent Larry Abramson has been talking to educators and others about the president's proposals. He's due on All Things Considered later today. Larry sent us this file about what he's been hearing:

"The White House is proposing several measures meant to make college more affordable. Some focus on making more money available for cheap loans: the president says he wants to raise the amount of money for federal Perkins loans, and for work study jobs, by as much as $10 billion.

"Those ideas will require congressional approval, and may be a tough sell in an election year, when Republicans are already trying to pare back federal grant and loan subsidies. Other proposals focus on making colleges more efficient, and these ideas are meeting skepticism from the higher ed lobby (or 'community,' depending on how you view it).

"The president wants to mimic the 'Race to the Top' program used to reform K-12 education, by creating Race to the Top grants for colleges and universities that come up with ways to keep tuition in check. Higher ed officials say this smells like another example of federal overreach into higher ed, a system which, as the president acknowledged in his speech at the University of Michigan today, is viewed by many as the world's finest.

"College presidents say the White House should not be prescribing how schools save money. They also express bewilderment at the idea that colleges might be punished by the federal government at the same time as many states are cutting support for higher ed.

"The big question is whether the administration really intends to push congress to approve these proposals, or whether the White House sees college affordability as a part of the 'fairness' doctrine advanced in the State of the Union Address. If it's the latter, the president may find these ideas as useful during the campaign, even if they are never enacted."

The White House has posted its "fact sheet" about the president's proposals here.