Accessibility links
Why Could Romney's Father Run For President If He Was Born In Mexico? : The Two-Way The answer: George Romney's parents were U.S. citizens, so at birth he also became a natural-born U.S. citizen. His son, Mitt Romney, brought up George Romney's birth during Thursday's Republican presidential debate to rebut the charge that he's "anti-immigrant."

Why Could Romney's Father Run For President If He Was Born In Mexico?

Why Could Romney's Father Run For President If He Was Born In Mexico? 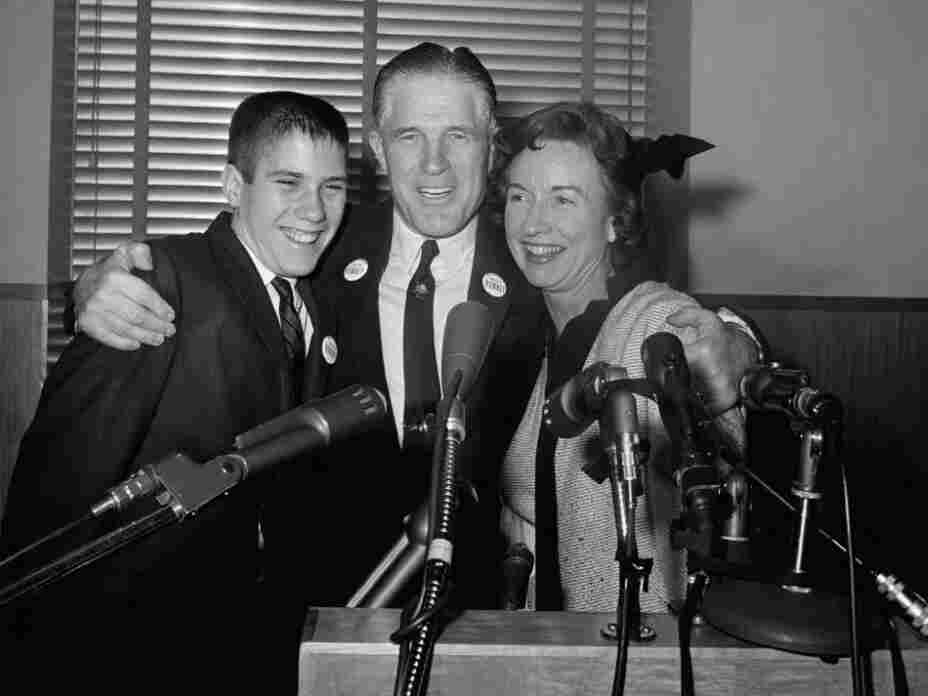 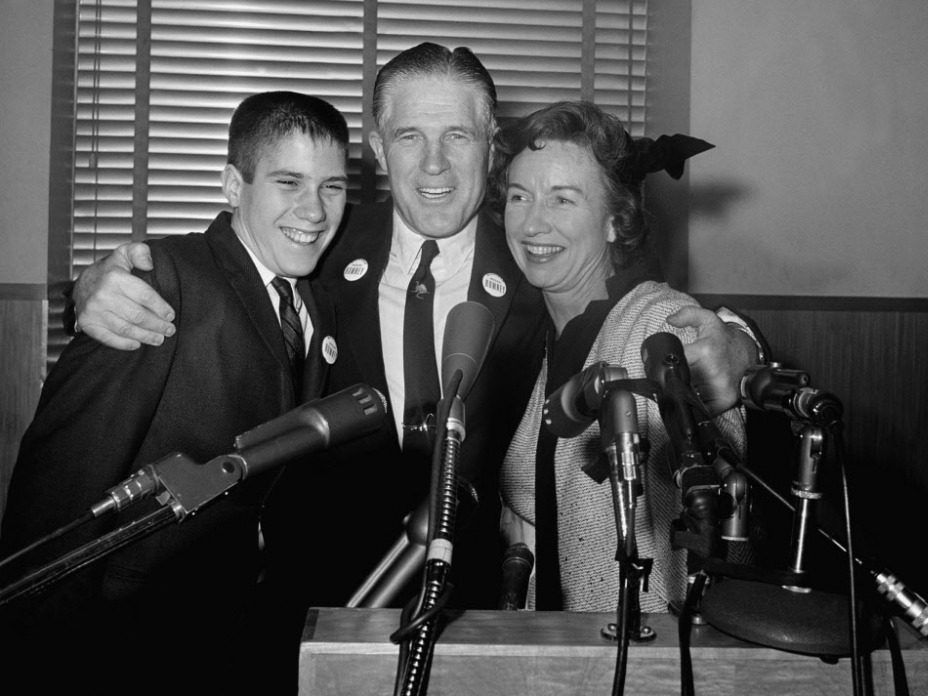 George Romney, center, with his wife, Lenore, and teenage son Mitt, in 1962.

One of the more dramatic moments in Thursday night's Republican presidential debate was when Mitt Romney said it was "repulsive" of Newt Gingrich to suggest that Romney was the most "anti-immigrant" candidate among the GOP contenders.

Romney's mention of his father, former Michigan Gov. George Romney, reminded us that the elder Romney ran for president himself in 1968. And given all the attention that was paid in 2008 to Sen. John McCain's birth in Panama (where his Navy officer father was stationed) and to the never-ending "birther" conspiracy theories about President Obama, it seemed worthwhile to look back again at the issue of why George Romney could run for president if he wasn't born in the U.S.

As with McCain's situation, the key fact was that George Romney's parents were U.S. citizens. And, as Mitt Romney explained in a 2006 appearance on C-SPAN, his father "required no naturalization to become a citizen because his parents were citizens. He in fact was a natural-born American citizen."

That view dovetails with a 2011 Congressional Research Service paper about Article II, Section I of the Constitution, and the requirement that:

"No Person except a natural born Citizen, or a Citizen of the United States, at the time of the Adoption of this Constitution, shall be eligible to the Office of President."

According to the CRS paper: