Accessibility links
Defying Camping Ban, Occupy D.C. Protesters Remain In Place : The Two-Way The protesters were girding for a confrontation with U.S. Park Police, but that hasn't happened. Instead, they erected a massive blue tent in the middle of downtown Washington. 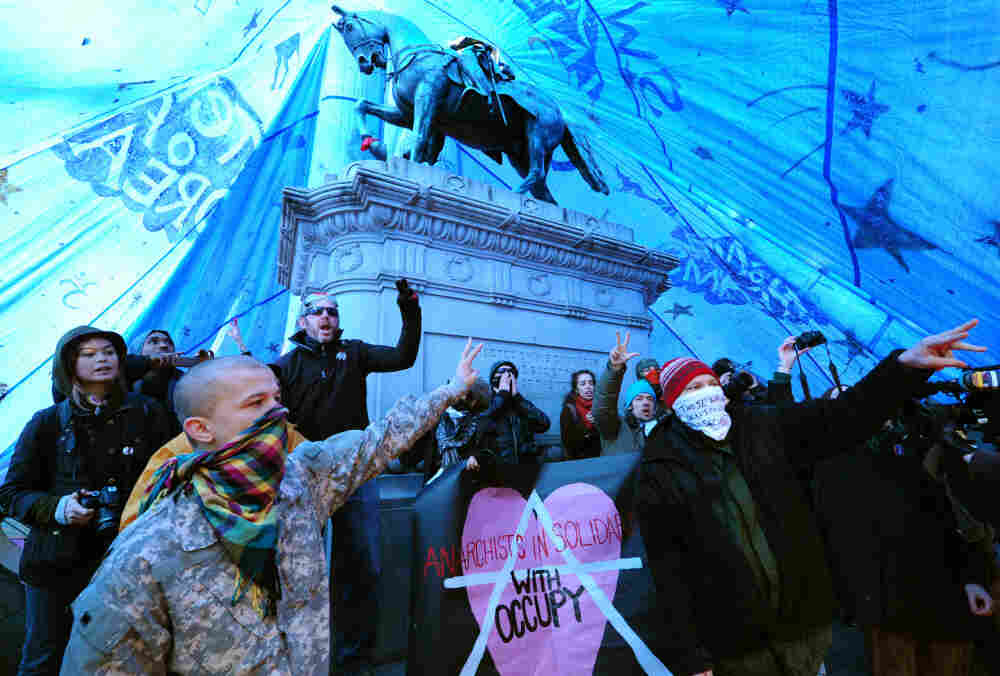 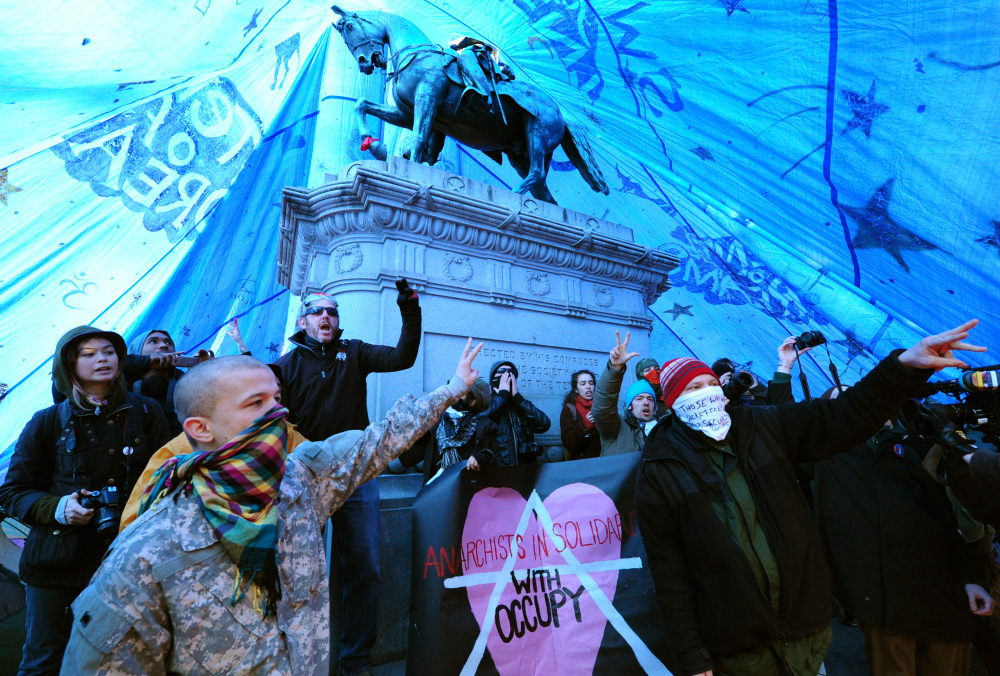 The Occupy D.C. encampment received notice that as of noon yesterday, camping would not be allowed at McPherson Square, the downtown Washington, D.C. park they've occupied for months now.

But that deadline came and went and instead of heeding the warning from the National Park Service, the protesters erected an even bigger tent. The protesters draped a huge blue tarp emblazoned with the words "Tent of Dreams" over the statue of Maj. Gen. James B. McPherson in the middle of the park.

As NPR member station WAMU reports, the protesters slept under that tent this morning, saying they will stay there until police forcibly remove them.

"The protesters are also going to court again today to argue against the no-camping ban.

"'From my understanding what they're going to be arguing is that under the Fourth and Fifth Amendments, the police don't have the right to seize our property and they do not have the right to arrest us for being in a public space and not committing any real crimes,' says Sam Jeweler, one of the Occupy DC participants."

Over the past few days, the Occupy movement has remerged from a winter break. Violence broke out over the weekend in Oakland where some 400 Occupy Oakland members were arrested and that put the spotlight on the D.C. off-shoot, yesterday.

The National Park Service had left the encampment alone, until this week, shortly after it was pressured by congress to take action.

The Christian Science Monitor reports that U.S. Park Police said they would enforce the no-camping rule but they would do it incrementally. The paper reports:

"... Sgt. David Schlosser, a Park Police spokesman, said officers were trying to take an 'incremental and measured' approach by reminding demonstrators of the deadline and urging them to respect the camping ban.

"He said some of the few dozen remaining demonstrators had already followed the order, though he did not know how many. He declined to discuss a timeline for eviction, though he said the camping ban pertained not only to sleeping on the grounds but also to possessing bedding materials such as blanket and pillows."