Accessibility links
Albatross That Hitchhiked To L.A. Is Freed To Fly Home To Hawaii : The Two-Way The Laysan albatross travelled thousands of miles on a cargo ship and then hitched a ride across town on a pickup truck.

Albatross That Hitchhiked To L.A. Is Freed To Fly Home To Hawaii

Albatross That Hitchhiked To L.A. Is Freed To Fly Home To Hawaii 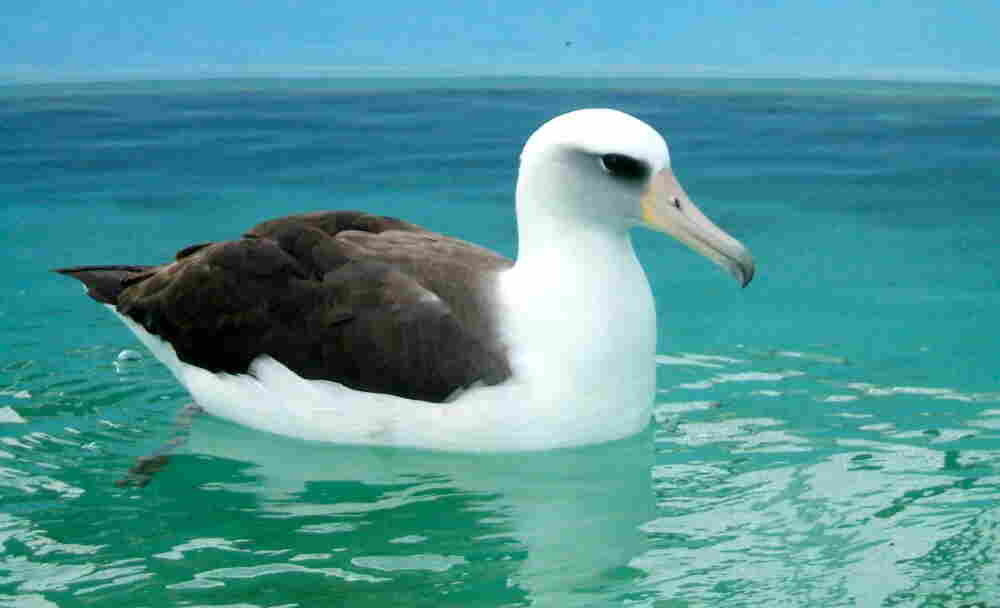 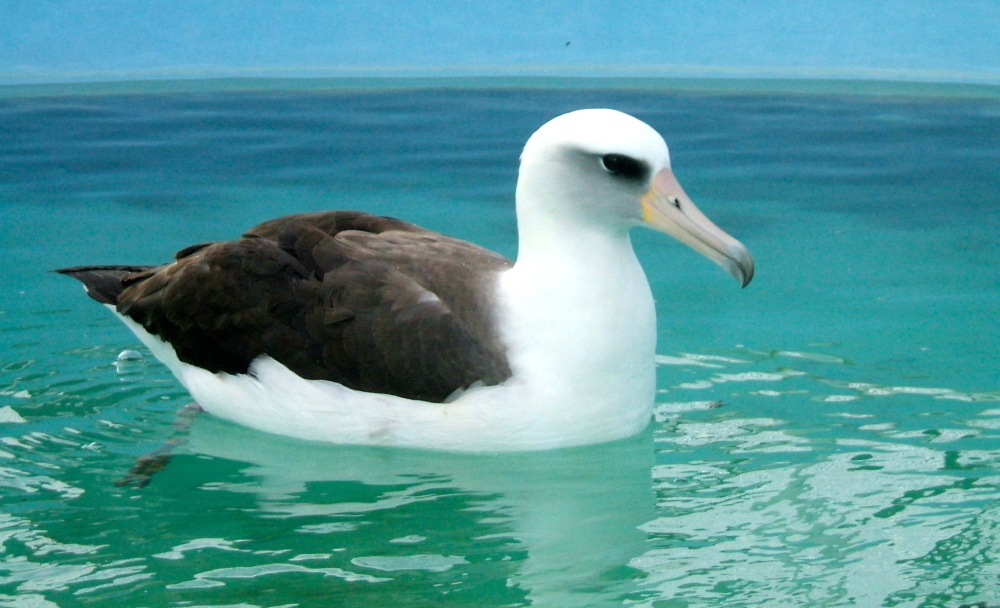 After a wild ride from Hawaii to the streets of Los Angeles, a Laysan albatross was freed today. The bird, with a white body, black wings and a curved yellow beak, was spotted in Los Angeles on the back of a pickup truck.

An albatross is not something you see every day. They are some of largest flying birds on Earth and this one in particular had an almost 7-foot wingspan.

So, how did this bird end up thousands of miles from home?

"[Rescuers] suspect that the bird stowed away on a cargo ship, hitching a trans-Pacific ride to Los Angeles before disembarking and hopping into the pickup.

"The seabirds are adept at soaring long distances and can spend years roaming vast areas of the ocean without ever touching land. They can also mistake the flat surface of a passing container ship for a nesting island, make a landing and sit there unnoticed until the ship makes port.

"But even with their tendencies as wayfarers, albatrosses are rarely seen in California. The wildlife rescue center in San Pedro has taken in a few of them over the last decade, usually when the crew of a cargo ship finds one on board and cares for it until coming ashore."

The International Bird Rescue says the pickup driver was alerted by other motorists that he had a huge bird hanging out on his truck. The driver took the bird to some lifeguards, who turned the bird over to the rescue group.

Yesterday, after the albatross was deemed in good health, it was released a half mile from the shore. International Bird Rescue says albatrosses can spend three to five years in the ocean.

Without the shore to lure it back, they're confident the majestic bird will return to Hawaii or another place of its choosing. The trip should take no longer than a few days.