Accessibility links
Anger, Blame And Protests In Egypt After Deadly Soccer Riot : The Two-Way The tragic riot following a soccer game Wednesday in Port Said, Egypt, which left more than 70 people dead and at least 1,000 wounded, highlights the problems with security in the country.

Anger, Blame And Protests In Egypt After Deadly Soccer Riot

Anger, Blame And Protests In Egypt After Deadly Soccer Riot 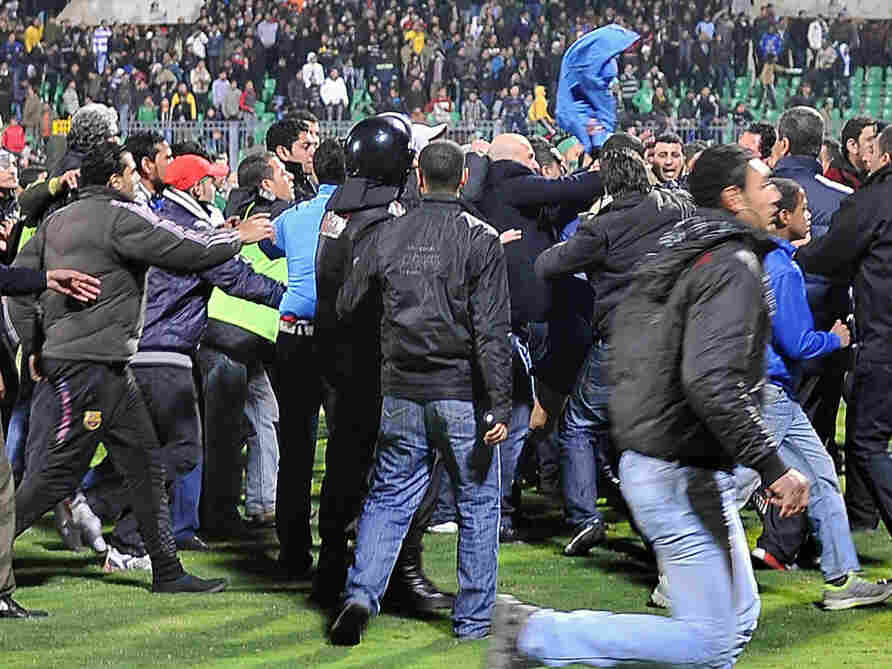 Fans rushed on to the field Wednesday after the soccer match in Port Said, Egypt. AFP/Getty Images hide caption 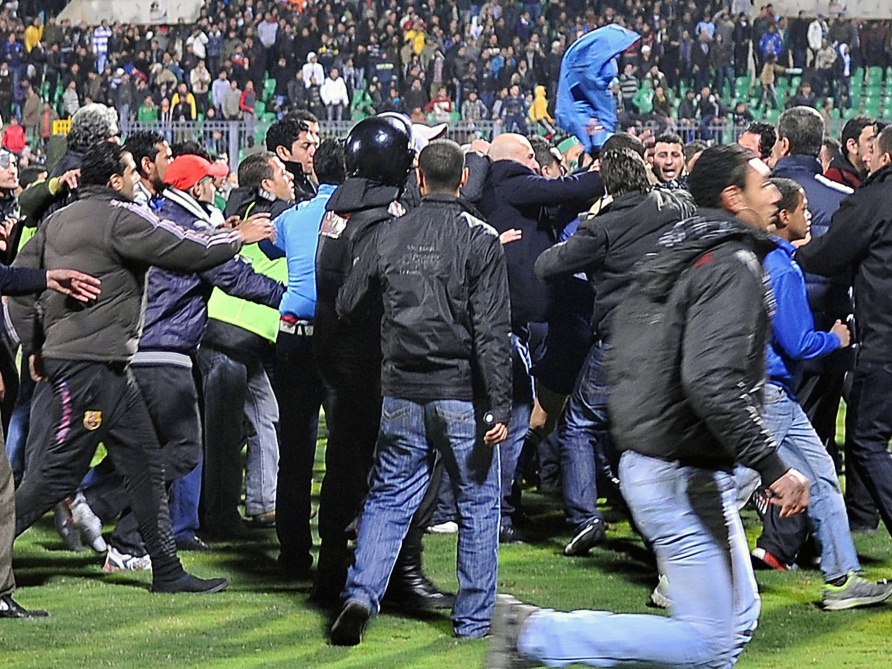 Fans rushed on to the field Wednesday after the soccer match in Port Said, Egypt.

The tragic riot following a soccer game Wednesday in Port Said, Egypt, which left more than 70 people dead and at least 1,000 wounded, "highlights the problems with security in this country," NPR's Soraya Sarhaddi Nelson said earlier today in a conversation with Morning Edition's Steve Inskeep.

Since the collapse of President Hosni Mubarak's regime a year ago, police have "not been engaged in law enforcement and even in guiding traffic" around major cities, Soraya said. And Wednesday, when fans of the victorious al-Masry team stormed the field and attacked players and fans from the rival al-Ahly team, police did little if anything to stop the melee.

Now, as al-Jazeera reports, "Egypt has declared three days of mourning ... [and] angry members of parliament denounced the lack of security at the match and gathered for an emergency session."

The news network adds that "Field Marshal Mohamed Hussein Tantawi, the head of [Egypt's Supreme Council of Armed Forces], pledged to track down those behind the violence in a rare phone call to an Egyptian TV channel."

Voice of America says protesters are taking to the streets in Port Said to register their anger over what happened. And "crowds are gathering in Cairo as tension rises" over the riots, the BBC reports. "Angry fans blocked Tahrir Square. Others are marching in protest at the handling of the riots by police."

NPR's Soraya Sarhaddi Nelson tells our Newscast unit that police in Cairo have fired teargas into a crowd of protesters. It's the first time police have done that in a long time, said Soraya.

But protesters were raucous as they shouted slogans and obscenities in front of the building for the Interior Ministry. Soraya said they blamed the officials there for allowing the melee at the soccer match.

Soraya added that while these protests were different from the ones that brought down Hosni Mubarak, these extreme soccer fans have been present at the demonstrations since the beginning. She said at the protests today, they joined in calling for the resignation of the military rulers.

"Senior officials in the Egyptian city of Port Said and the Egyptian football association have been sacked in the wake of [the] riots," according to the BBC. "The governor of Port Said resigned, while the city's director of security and head of investigations were suspended and are now in custody."