Accessibility links
Angelo Dundee, 'Savvy Cornerman' For Ali And Others, Has Died : The Two-Way He trained not only Muhammad Ali, but also 14 other world champions, including Sugar Ray Leonard and George Foreman. Dundee was 90.

Angelo Dundee, 'Savvy Cornerman' For Ali And Others, Has Died

Angelo Dundee, 'Savvy Cornerman' For Ali And Others, Has Died 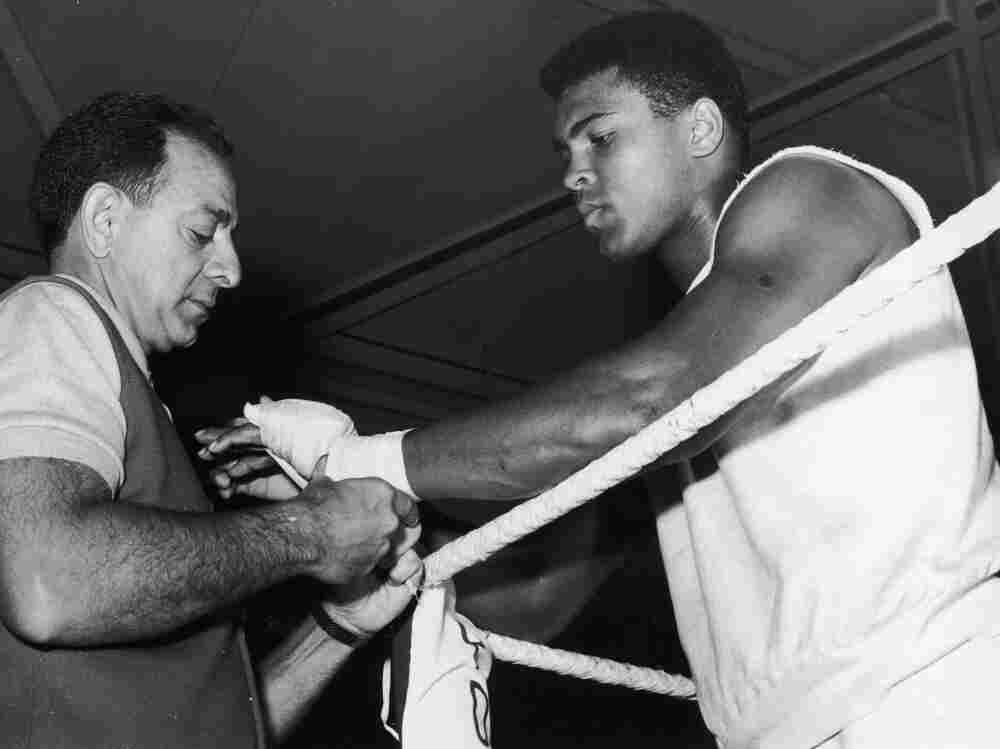 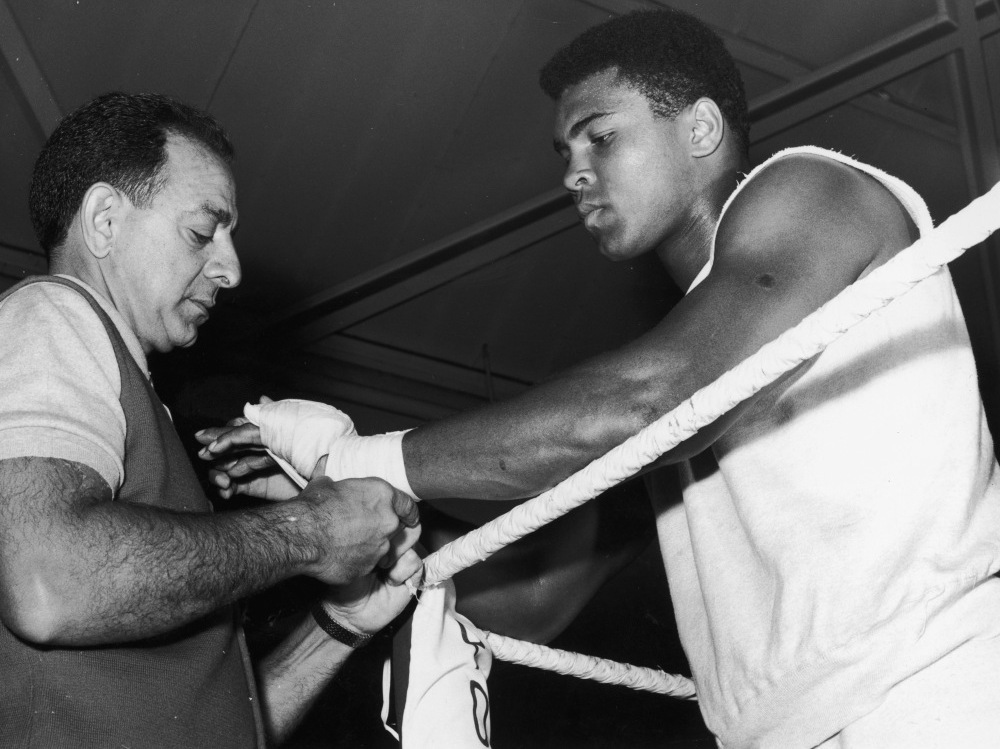 We should pause to note the death of Angelo Dundee, the "genial trainer" of 15 world champion boxers, most notably Muhammad Ali.

Dundee, 90, died Wednesday night at his home in Tampa. His son Jimmy tells The Associated Press that Dundee was hospitalized last week for a blood clot. According to the Los Angeles Times, the clot "developed during a flight back to his Florida home after visiting Ali in Louisville, Ky., for the boxer's 70th birthday last month."

As NPR's Tom Goldman tells our Newscast Desk, Dundee was a "savvy cornerman who would motivate fighters who wanted to give up and find unorthodox ways to help."

In 1963, for example, the fighter then known as Cassius Clay was dazed in a fight with Henry Cooper. To give his fighter a chance to recover, Dundee made a small tear in Clay's glove slightly larger and appealed to the referee to let him put a new glove on the boxer. As the Times writes, "none were available, but the incident added valuable seconds to Clay's rest time, allowing him to recover and go on to win on a fifth-round technical knockout."

Dundee was in Ali's corner for such great bouts as "the rumble in the jungle" with George Foreman and the classic battles with Joe Frazier.

And, "while Dundee's name was synonymous with Ali's, he worked with 14 further world champions, including Sugar Ray Leonard, George Foreman and Jimmy Ellis, during a distinguished career," the BBC notes.

ESPN has posted a video report about Dundee here.