Accessibility links
Baseball's Josh Hamilton Reportedly Suffers Relapse; Seen Drinking At Bar : The Two-Way Hamilton, one of baseball's biggest stars, has been battling addiction demons for the last decade. The outfielder was the American League MVP in 2010. 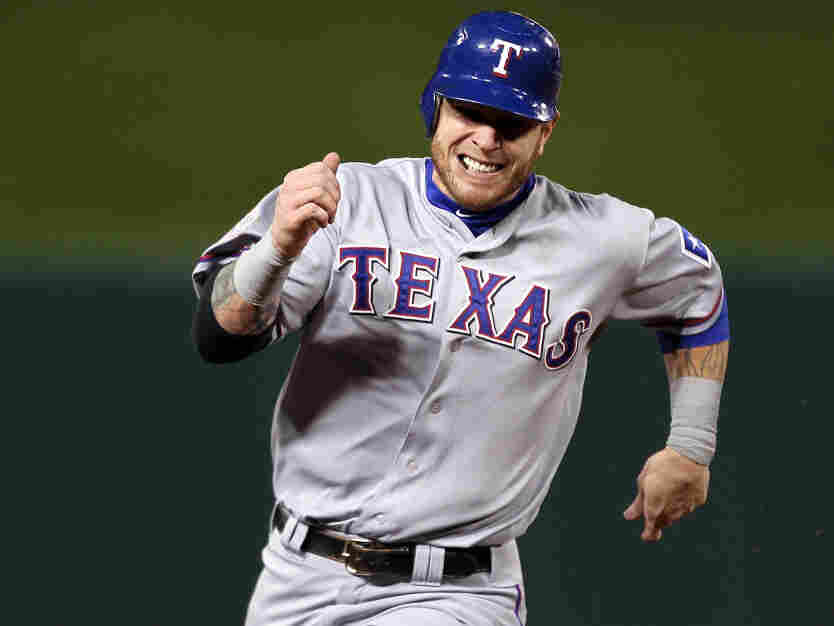 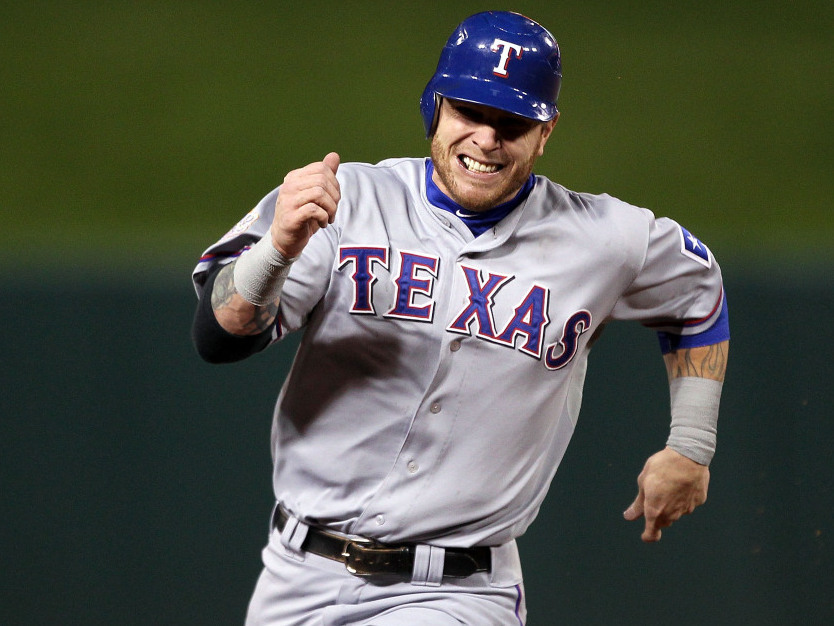 Josh Hamilton of the Texas Rangers during last year's World Series against the St. Louis Cardinals.

Josh Hamilton of the Texas Rangers, one of baseball's biggest stars and someone who has been battling addiction demons for the last decade, was spotted drinking alcohol at a Dallas bar on Monday, the local Morning News has reported.

The 2010 American League MVP, Hamilton "was suspended for more than three years for drug and alcohol use while in the Tampa Bay organization," missing "the entire 2004 and 2005 seasons," as The Associated Press reminds us.

Then, "in January, 2009, he drank to excess in a bar in Tempe, Ariz." and pictures of him went viral on the Web. Hamilton, an outfielder, is 30 years old.

Now, the Morning News says, "according to individuals familiar with the episode, Hamilton drank alcohol Monday night at Sherlock's Pub & Grill in Dallas. Teammate Ian Kinsler also showed up at the bar for what appeared to be an attempt to persuade Hamilton to return to his home in Westlake."

On the Rangers' website, the team acknowledges "published reports that outfielder Josh Hamilton was seen earlier this week drinking in a Dallas-area bar, but ... otherwise declined to comment."

Hamilton's apparent relapse has led to many expressions of sympathy and support from fans on Twitter, such as this:

"Just heartbroken over the Josh Hamilton story. Haven't wanted someone to overcome something so much. Sending up prayers for the hie family." (Lydia Wagner)

Hamilton was a witness to tragedy last season. During a game in July, he tossed a ball into the stands. A man who was trying to catch it fell about 20 feet and later died.

ESPN Dallas/Fort Worth writes that "the Rangers have [previously] expressed an interest in signing Hamilton to a long-term extension, though both sides agreed that if a deal wasn't in place by the time spring training starts later this month, that they wouldn't talk during the season to avoid potential distraction."