Accessibility links
Rights Group Says Syrian Security Forces Detained, Tortured Children : The Two-Way Children as young as 13 say government forces have tortured them by burning them with cigarettes and pulling toenails with pliers. 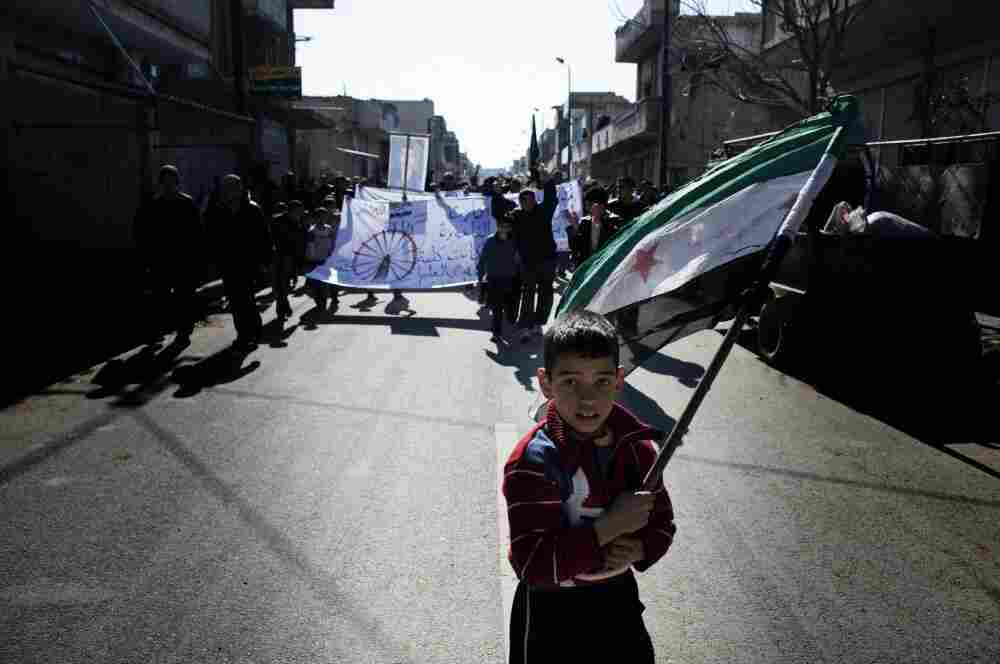 A young boy carries the Syrian-rebel adopted flag during an anti-regime demonstration in the Syrian village of al-Qsair, not far from Homs. Alessio Romenzi/AFP/Getty Images hide caption 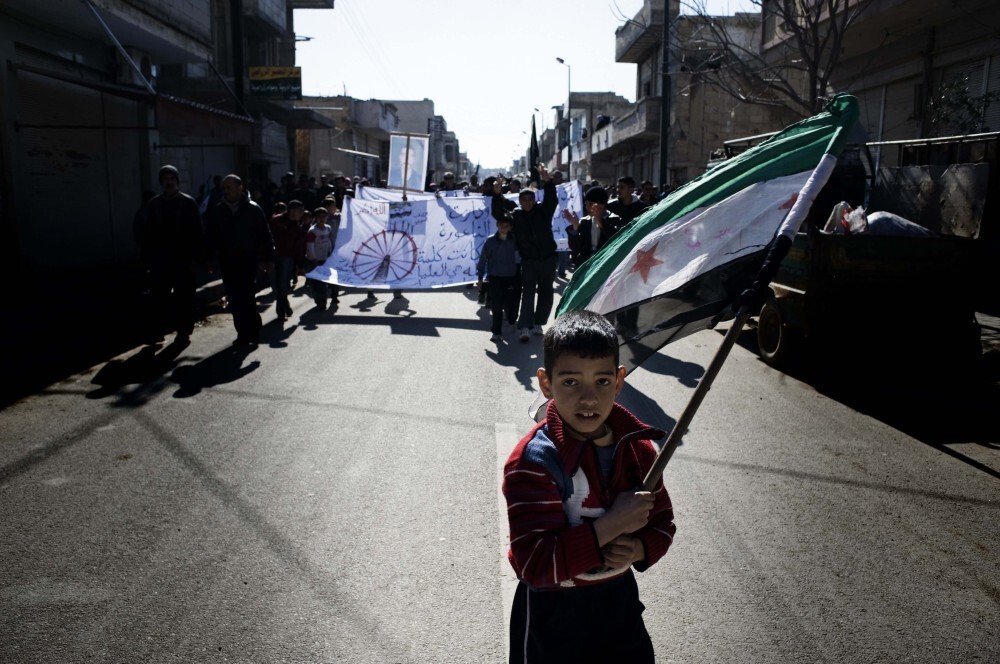 A young boy carries the Syrian-rebel adopted flag during an anti-regime demonstration in the Syrian village of al-Qsair, not far from Homs.

Human Rights Watch has a harrowing report out today about what it says is the targeting of children by Syria's government forces.

The rights organization said it had documented at least 12 cases of children being detained, tortured and shot while on the streets or at home. Human Rights Watch also says that government forces are using schools as "detention centers, military bases or barracks, and sniper posts."

Its report is based on interviews with children and their parents. The group says is corroborated the stories with defecting army officers who said they were ordered to round up any male older than 14 or 15.

"Every so often they would open our cell door and yell at us and beat us. They said, 'You pigs, you want freedom?' They interrogated me by myself. They asked, 'Who is your god?' And I said, 'Allah.' Then they electrocuted me on my stomach, with a prod. I fell unconscious. When they interrogated me the second time, they beat me and electrocuted me again. The third time they had some pliers, and they pulled out my toenail. They said, 'Remember this saying, always keep it in mind: We take both kids and adults, and we kill them both.' I started to cry, and they returned me to the cell."

The government of President Bashar Assad has been facing mass demonstrations for close to a year, now. But it has responded with massive force. The United Nation's last estimate is that more than 5,400 people have been killed in the country since the uprising started in March.

As international pressure has mounted for Assad to step down, the killings have intensified. Today, reports the AP, 20 more people were killed.