Accessibility links
Vermont Inmates Hide Image Of Pig On Police Decals : The Two-Way The visual epithet was put on 30 cruisers and went unnoticed for four years.

It took Vermont officials four years to notice a little creative editing by one or more inmates. Look at this police decal: 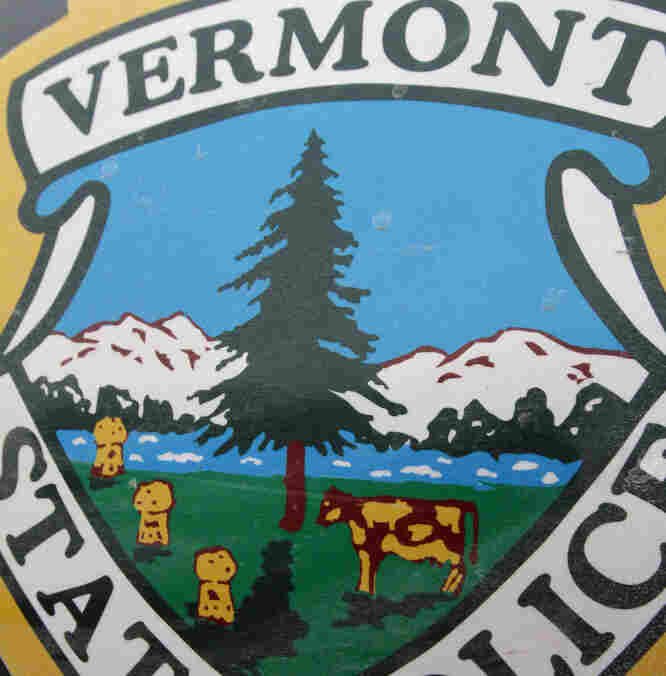 The state seal is seen on the side of a Vermont State Police cruiser. Some Vermont inmates have gotten the best of the state police by adding a pig to the state decal on their cruisers. Toby Talbot/AP hide caption 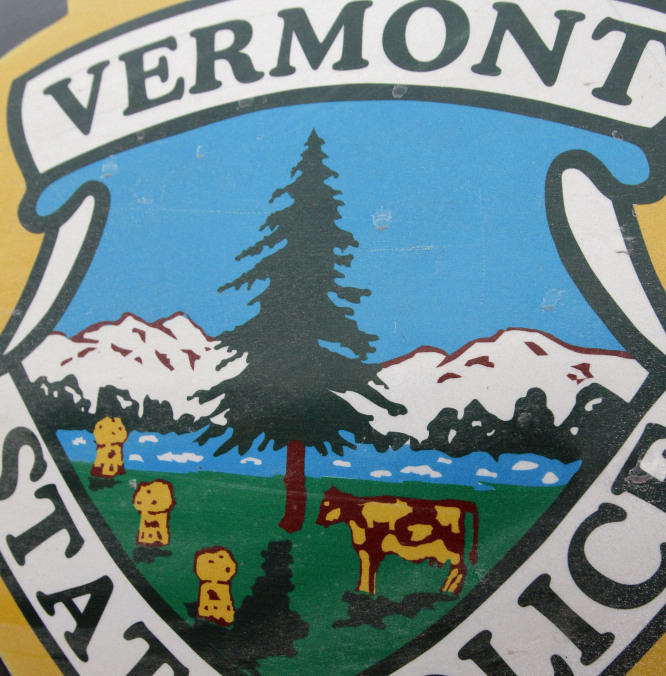 The state seal is seen on the side of a Vermont State Police cruiser. Some Vermont inmates have gotten the best of the state police by adding a pig to the state decal on their cruisers.

Look at the cow underneath the tree. Embedded within the cow's spots is an image of a pig, which as the Burlington Free Press reminds us is the '60s-era epithet used by protesters to refer to police.

Reuters reports that it was likely put there by inmates. The state, Reuters adds, "contracts with correctional facilities employing prisoners to make some print products, including the cruiser decals." One or more inmates somehow accessed the computer program holding the image and rejiggered it. The quality assurance department failed to notice it and as far as the state police know, the modified decal was used on as many as 30 Vermont State Police cruisers.

"It dishonors the memory of those past and present members, especially for those who have lost their lives in the line of duty," state police spokeswoman Stephanie Dasaro told Reuters.

But the Free Press reports that others took it in stride:

"'This is not as offensive as it would have been years ago. We can see the humor,' said Public Safety Commissioner Keith Flynn, a former state trooper and state prosecutor who was named commissioner a year ago. 'If the person had used some of that creativeness, he or she would not have ended up inside.'"

It'll cost police $780 to correct the decals. The money will come from the small profits made by the prison division that makes things like license plates and stationery for state offices.