Accessibility links
Egyptian Judge Says Foreign Groups Have Been Working There Illegally : The Two-Way Authorities have shut some foreign groups, including ones run by Americans, because of what they say may be the organizations' support of protesters. Among those prevented from leaving is the son of U.S. Transportation Secretary Ray LaHood.

Egyptian Judge Says Foreign Groups Have Been Working There Illegally

Egyptian Judge Says Foreign Groups Have Been Working There Illegally 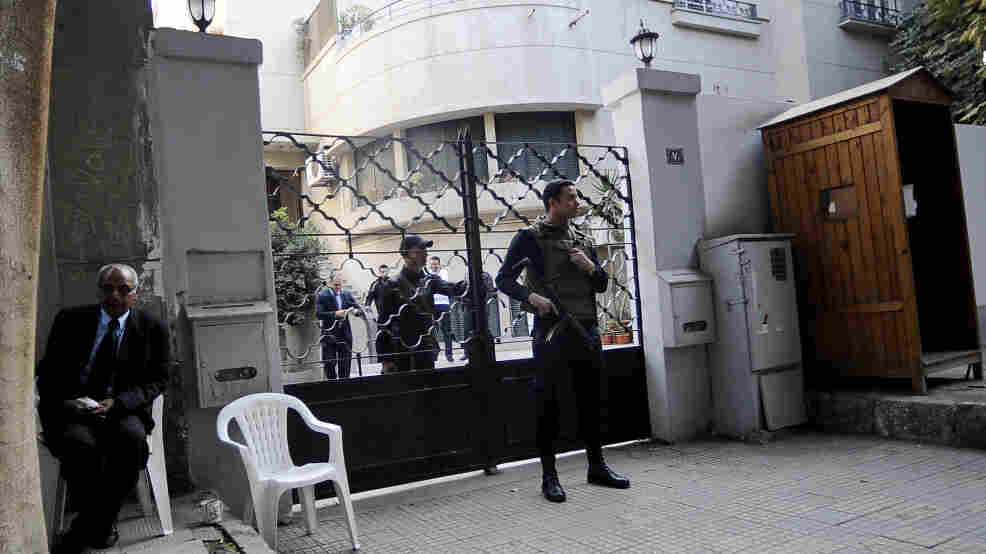 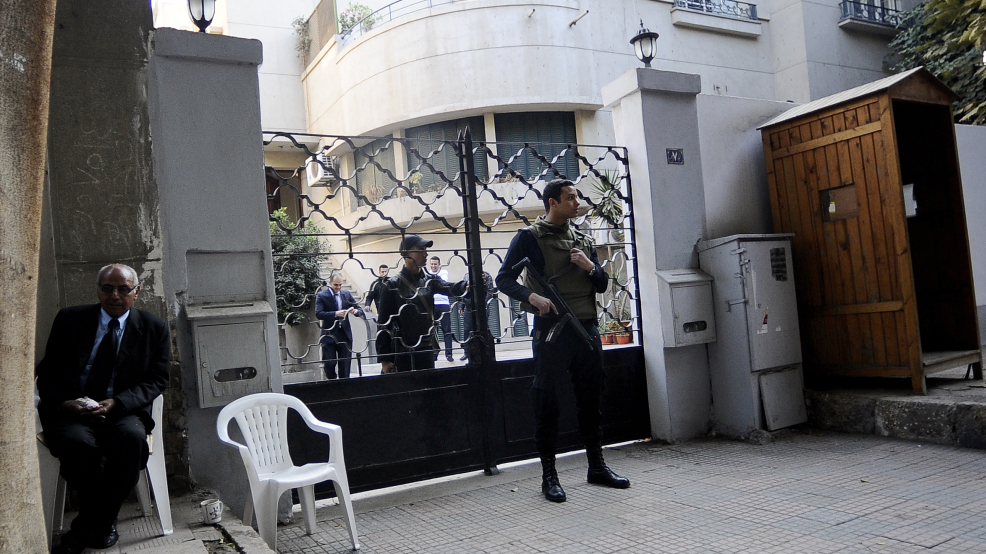 Foreigners who have been working for international organizations in Egypt are in the country illegally and have been engaging in "political activity," a judge in Cairo just told reporters.

As we've previously reported, Egyptian authorities are preventing some foreigners who work for such organizations — including the son of Transportation Secretary Ray LaHood — from leaving the country. Authorities are looking into what they say is evidence that such groups have given support to opponents of the ruling military council that took control after the toppling of President Hosni Mubarak's regime early last year.

The organizations have protested, saying they are in Egypt to do such things as promote democracy, but not to aid the opposition.

NPR's Soraya Sarhaddi Nelson reports that the judge just declared that the investigation indicates that many of the non-Egyptians working for the organizations are in the country on tourist visas, which he said is illegal given the work that they do.

Al-Jazeera's Rawya Rageh, who has been tweeting from the news conference, reports that Judge Sameh Abu Zeid also "says these organizations repeatedly applied for licenses, were turned down, ignored that & worked anyway."

The groups, however, have said in the past that such applications were "pending" and that despite their best efforts they couldn't get the government to act on them.

Rageh adds that the judge said last December's "search of NGOs office[s] was 'legal,' with warrant & shouldn't be described as 'raid.' "

The U.S. has protested Egypt's move to prevent Americans who work for the organizations from leaving the country. Rageh says the judge called a letter to that effect from the U.S. ambassador to Egypt "unacceptable."

If convicted, the judge added, according to Rageh, those working for the organizations could face prison sentences of up to five years.

She just filed this report for our Newscast desk:

"Judge Sameh Abu Zeid told reporters at a news conference broadcast on Egyptian State TV that the groups violated numerous Egyptian laws. He claimed they worked here on tourist visas and without permits for years and received foreign funds here illegally. Plus they failed to pay Egyptian taxes, he said.

"Abu Zeid claimed authorities have 60 seven pieces of evidence from raids on the groups' offices in December as well as several confessions, all of which have been forwarded to the prosecutor.

"At least 16 Americans are among the 43 people referred to trial so far, including the son of U.S. Transportation Secretary Ray LaHood. He and several others are being sheltered at the U.S. embassy in Cairo. At least half of the Americans charged are no longer in Egypt.

"The second judge, Ashraf Ashmawy said those referred to trial face up to 5 years in prison if convicted on one of the charges — that of operating in Egypt illegally.

"Meanwhile, Egyptian Prime Minister Kamal el-Ganzouri says his country will not back down on the investigation despite U.S. warnings that the actions threaten one point five billion dollars in U.S. aid to Egypt this year."

According to Soraya, Judge Ashraf Ashmawy also spoke. The judges told reporters, she says, that investigators have evidence that funding to some of the organizations increased after last year's protests began and that the money was "used to direct the political process." They also alleged that there's evidence some of the groups violated Egypt's tax laws.