Accessibility links
Washington State Lawmakers OK Gay Marriage : The Two-Way The move would make the state the seventh in the nation to allow same-sex couples to wed. Democratic Gov. Chris Gregoire is expected to sign the measure into law next week. The vote comes a day after a federal appeals court ruled that California's ban on gay marriage was unconstitutional. 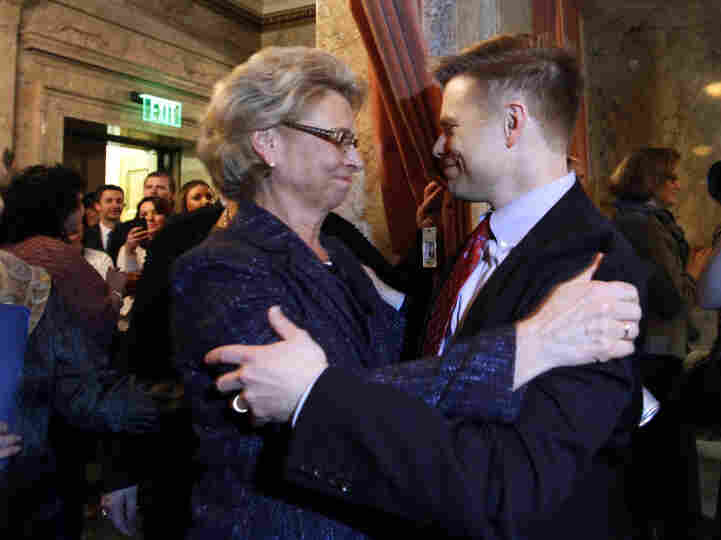 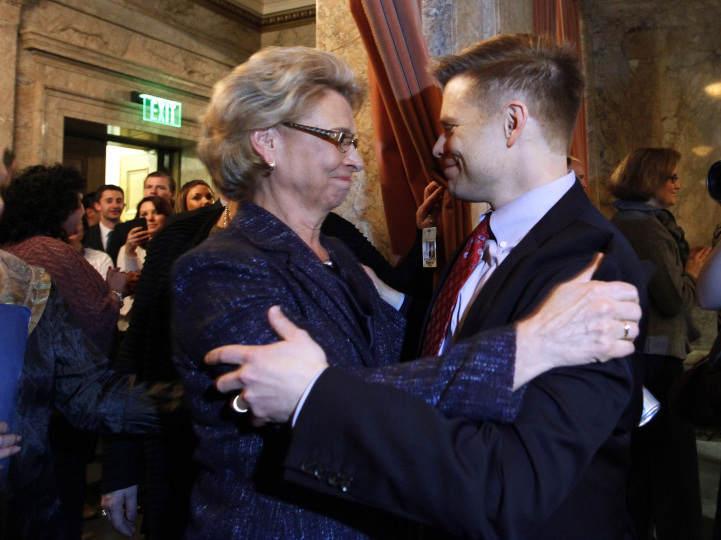 Lawmakers in Washington state voted Wednesday to legalize gay marriage, a move that would make the state the sixth in the nation to allow same-sex couples to wed.

The Washington move came a day after California's ban on gay marriage was ruled unconstitutional.

The vote in the Washington House was 55-43. The state Senate approved the measure last week. The Democratic governor, Chris Gregoire, is expected to sign the measure into law next week. Both chambers of the state legislature are controlled by Democrats.

Washington state has had domestic partnership laws since 2007.

Gay couples would be allowed to wed 90 days after the governor signs the measure. But opponents of gay marriage have vowed to fight the move.

This according to The Associated Press:

If opponents gather enough signatures to take their fight to the ballot box, the law would be put on hold pending the outcome of a November election. Otherwise gay couples could wed starting in June.

The Seattle Times reports that there was never any doubt the legislation would be approved in the House, where more than 50 lawmakers backed the measures.

"The biggest hurdle was the state Senate, which has conservative Democrats opposed to the measure," the paper said.

On Tuesday, the San Francisco-based 9th U.S. Circuit Court of Appeals ruled that California's ban on gay marriage was unconstitutional. That voter-approved law is known as Proposition 8, and both its supporters and critics acknowledge the court ruling isn't the last word on the subject. An appeal to the U.S. Supreme Court is expected.

Gay couples can legally wed in Connecticut, Iowa, Massachusetts, New Hampshire, New York, Vermont and Washington D.C. New Jersey lawmakers are expected to vote on gay marriage next week; Maine could see a gay-marriage proposal on the ballot in November.