Accessibility links
Call It 'Gulf Of America,' Not Gulf Of Mexico, Lawmaker Says In Bit Of Satire : The Two-Way Democratic Rep. Stephen Holland has introduced a bill in the state House to change the name of the gulf. It's a satirical shot aimed at his Republican colleagues, he says. Stephen Colbert had the idea before him. 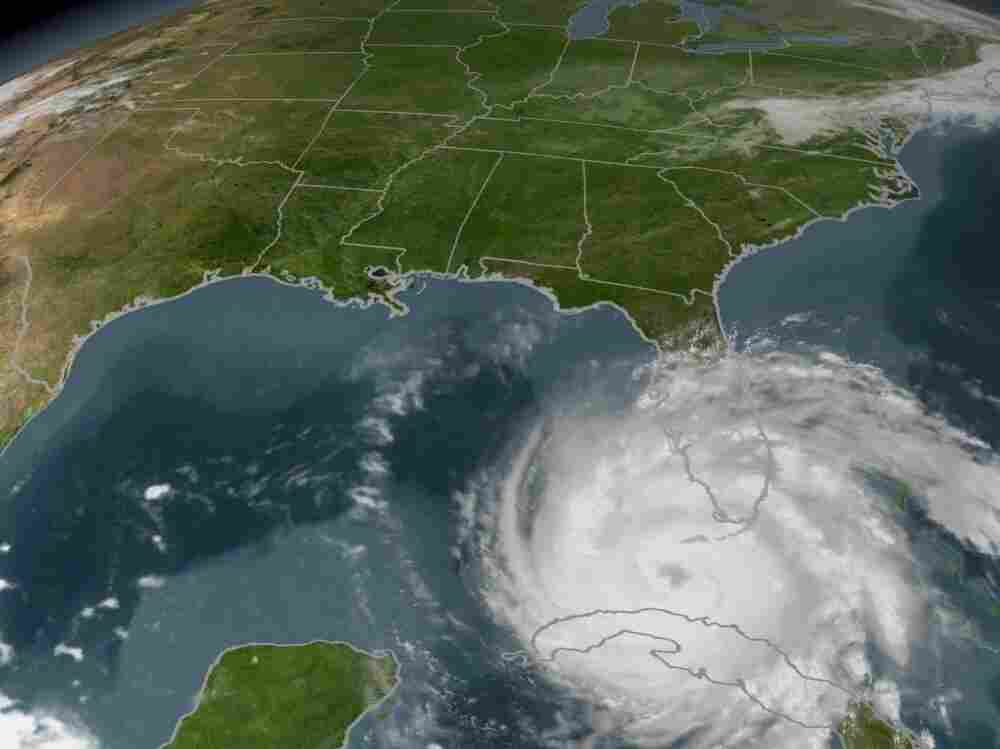 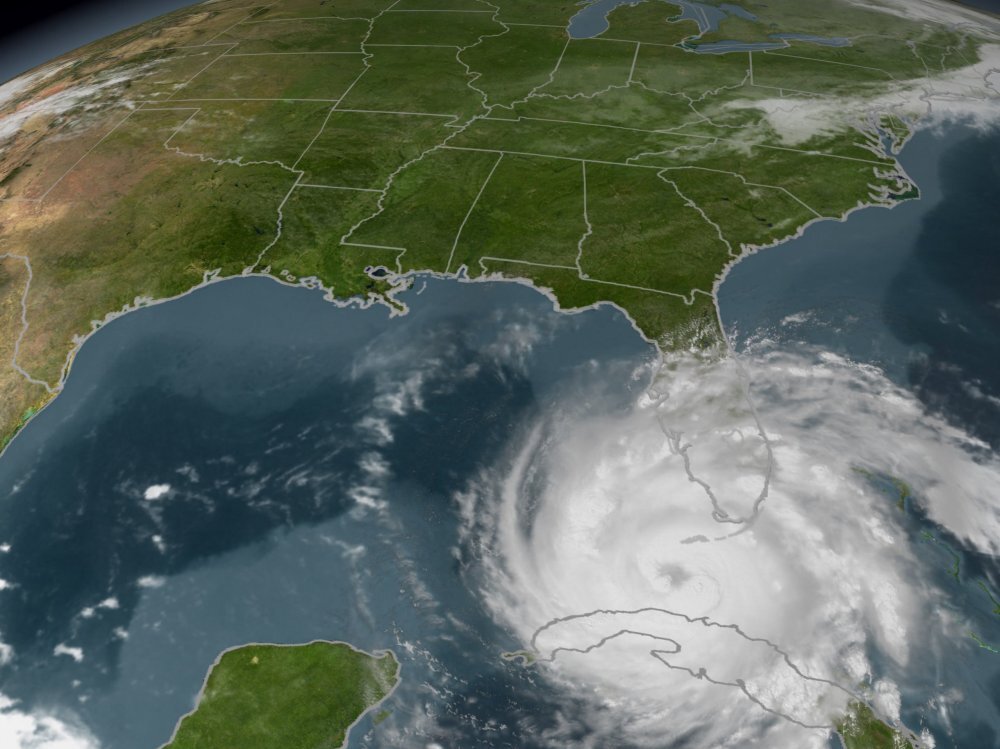 Sept. 2005: Hurricane Rita enters the Gulf of Mexico — or Gulf of America, as Mississippi House Rep. Stephen Holland would say.

Daniel Cherry of Mississippi Public Broadcasting just talked with Rep. Stephen Holland — the Democratic lawmaker who's getting a lot of attention for introducing a bill to rename the Gulf of Mexico to Gulf of America.

Holland told Daniel that so many of his Republican colleagues seem to want to push anything or anyone Mexican out of the state that he's just trying to "embrace" their cause and help them out. In other words, he's introduced a bill that he thinks will make a satirical point by being outrageous.

We're hoping to have some audio of Holland talking with Daniel later. And we've updated our headline.

Holland's move is similar to that of a Democratic lawmaker in Oklahoma who recently introduced a bill saying that life begins at ejaculation.

Update at 6:19 p.m. Audio Of MPB's Interview With Holland:

Our original post — "Call It 'Gulf Of America,' Not Gulf Of Mexico, Mississippi Lawmaker Says":

A Democratic member of Mississippi's state House has introduced legislation that would "for all official purposes within the State of Mississippi," change the name of the Gulf of Mexico to Gulf of America.

Rep. Stephen Holland's bill has already drawn criticism from Cafe Con Leche Republicans (its motto: "Republicans who want America and the GOP to be more welcoming to immigrants"). The group has sent Holland a letter suggesting that:

"If this bill passes the legislature and is signed into law, perhaps it is time to rename the Mississippi River. After all, sharing a name with a state that wants to rewrite maps out of disdain for Mexicans would be a disgrace to the rest of the nation."

We've tried to get in touch with Holland. There's no answer at his office in the state capitol. We got an email address for him from the staff at the funeral home he operates in Plantersville, Miss. If we get a response to our inquiry about his reasoning, we'll update with that answer.

In the meantime, some history — old and not-so-old:

-- According to the Gulf of Mexico Foundation, "Sebastián de Ocampo, a Spaniard who circumnavigated Cuba in 1508-1509, was credited with the first European discovery of the Gulf. The Gulf was unnamed until the early 1540s and was considered part of the Atlantic Ocean. The Spanish name most often applied to it was Seno Mexicano (seno='gulf" or 'bay'), although it was occasionally referred to as Golfo de Nueva España, or Golfo de México."

-- The idea of renaming that body of water the Gulf of America also came up in 2010, when Comedy Central's Stephen Colbert created a Gulf of America fund to help in the cleanup after the BP oil spill. As Colbert said: "I don't think we can call it the Gulf of Mexico anymore. We broke it, we bought it."