Accessibility links
U.S. Regulators Approve First Nuclear Power Plant In A Generation : The Two-Way The last time the Nuclear Regulatory Commission approved a plant was in 1978, a year before the partial meltdown of Three Mile Island. 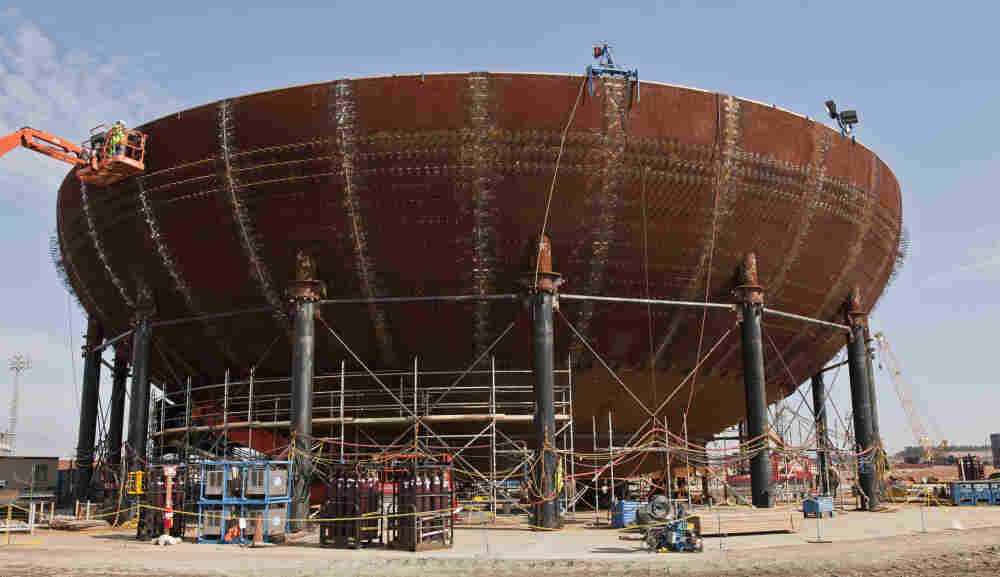 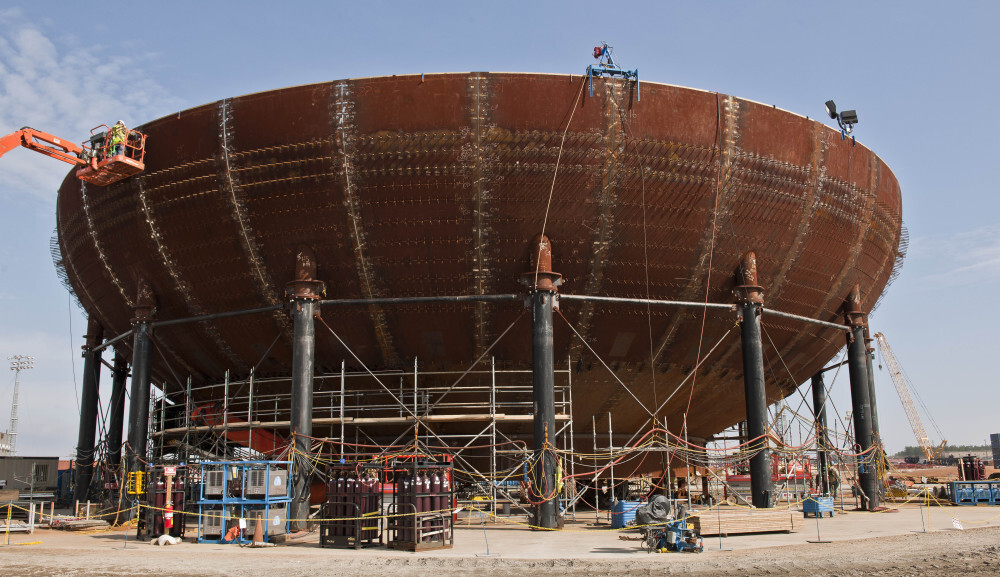 The containment vessel of Vogtle Unit 3 is already being assembled.

The National Regulatory Agency announced it had given Southern Co. the OK to build two nuclear reactors in Georgia, making it the first new nuclear power plant approved in a generation.

The AP, which reported earlier today that the NRC was poised to give its approval, reports that one of the $14 billion reactors could be ready as soon as 2016. The second reactor could begin operating in 2017. The AP adds:

"The NRC last approved construction of a nuclear plant in 1978, a year before a partial meltdown of the Three Mile Island nuclear plant in Pennsylvania raised fears of a radiation release and brought new reactor orders nearly to a halt.

"The NRC approved a new reactor design for the Vogtle plant in December. Utility companies in Florida and the Carolinas also plan new reactors that use the same design by Westinghouse Electric Co.

"The planned reactors are remnants of a once-anticipated building boom that the power industry dubbed the 'nuclear renaissance.'"

The NRC tweeted that the commission voted 4 to 1 in favor of approval. In the tweet, the NRC said Chairman Gregory Jaczko dissented.

MSNBC reports that Jaczko told his colleagues that there was "still more work" to be done to ensure that that plans for the plant took into consideration the lessons from Japan's Fukushima disaster.

"I cannot support this licensing as if Fukushima never happened," Jaczko said.

In a stament Southern Co. called the approval "a monumental accomplishment."

"This important step allows full construction to begin on the first new reactors built in over 30 years and is the result of hard work by Southern Company and its partners, and the NRC," Karen Harbert, the chamber's CEO, said in a statement. "This first-ever approval of a reactor under this new licensing regime demonstrates the process works and goes a long way in reducing the risk for other new nuclear reactors to follow."

The NRC's statement points out that the agency has approved the building of Westinghouse's amended AP1000, which the NRC describes like this:

"The AP1000is a 1,100 megawatt electric pressurized-water reactor that includes passive safety features that would cool down the reactor after an accident without the need for electricity or human intervention."