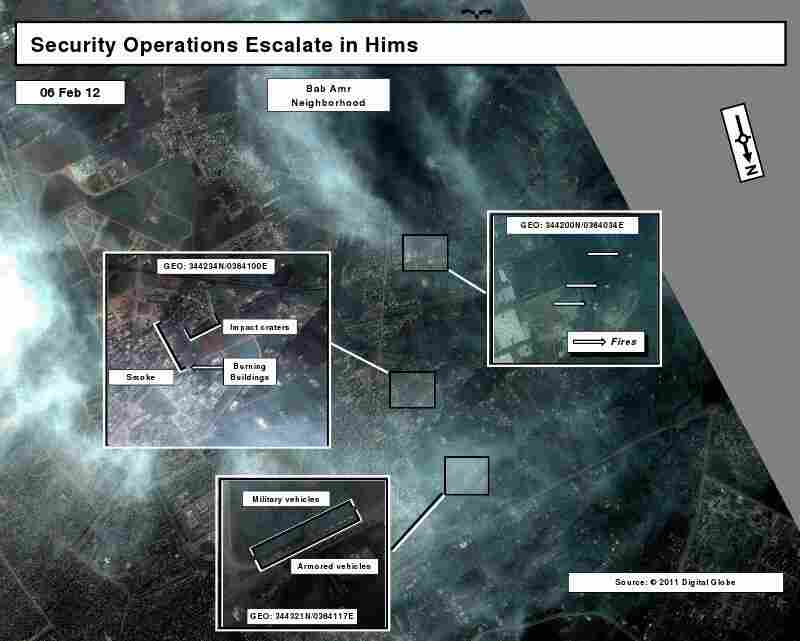 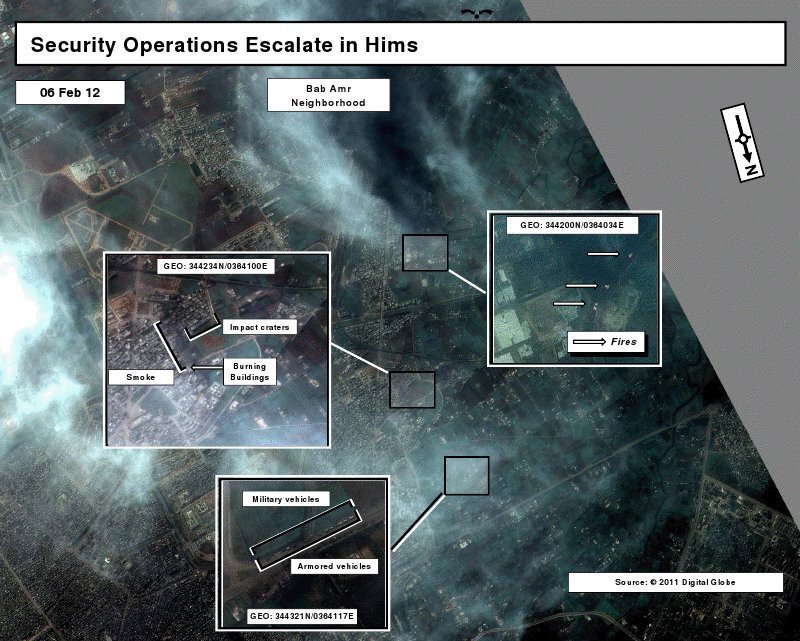 The United States has declassified a series of satellite images it says show the kinds of weaponry the Syrian regime is using against its own people.

The first image was released on the Facebook page of the U.S. Embassy in Damascus. It was accompanied by a note from Embassador Robert Ford, who in the past has taken to Facebook to criticize the regime of President Bashar Assad.

In his post, Ford says leaving Syria, after the U.S. government suspended work at the embassy, was "without exaggeration ... the most emotionally taxing day of my career as a Foreign Service Officer."

Ford added that blaming the protesters for any of the violence is wrong because "the Syrian government consistently initiates the attacks on civilian areas, and it is using its heaviest weapons."

To that end, Victoria Nuland, spokeswoman for the State Department, described the satellite image like this:

"Declassified U.S. national imagery [shows the] destruction of Homs, very gruesome pictures showing lines of tanks, showing fires, showing the kind of thing that you really only see if you have a major military attacking in a civilian area," Nuland said. "Our intent here is to obviously expose the ruthlessness or the brutality of this regime and its overwhelming predominant military advantage and the horrible kinds of weaponry that it's deploying against its people."

CNN's says the images are part of "stepped up intelligence, surveillance and reconnaissance operations over Syria."

Quoting an unnamed "senior U.S. official," CNN reports that the U.S. is trying to corroborate the reports that are coming out of Syria.