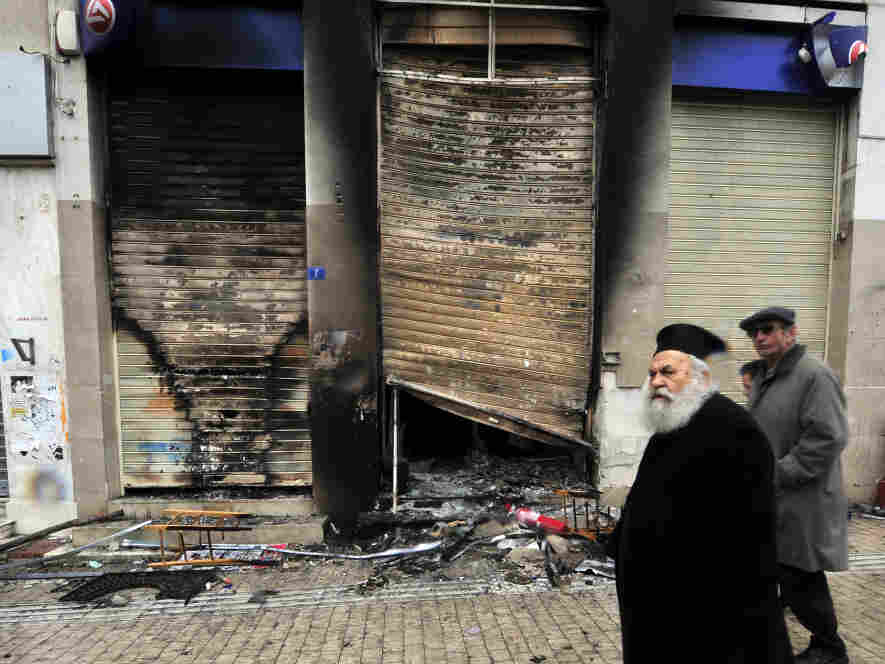 A Greek priest walks past a burned branch of the Eurobank in central Athens on February 13. Louisa Gouliamaki/AFP/Getty Images hide caption 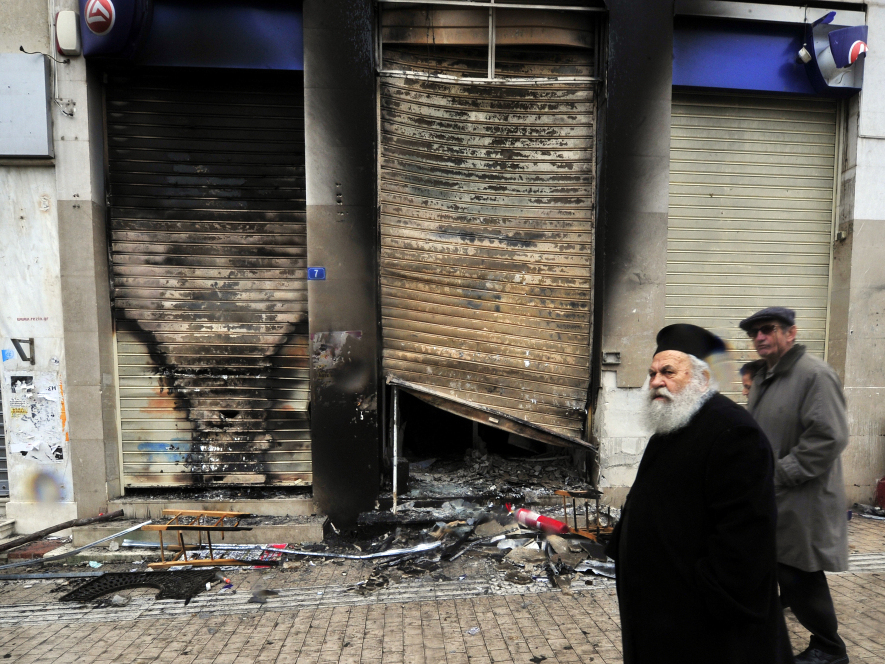 A Greek priest walks past a burned branch of the Eurobank in central Athens on February 13.

It was the calm after the storm in Athens today after a night of riots sparked by a new round of painful austerity measures.

Tens of thousands of people took part in the protest, some of which turned violent, after Greece's Parliament approved the measures by a vote of 199 to 74. The government is hoping to save the country from bankruptcy and a possible exit from the eurozone. The Associated Press reports that at least 45 buildings were burned in Athens, including one of the capital's oldest cinemas.

Joanna Kakissis, reporting for NPR, said protesters sprayed liquid stomach anti-acid on themselves to counteract the effects of tear-gas being lobbed by riot police. The crowd also pulled up chunks of marble and hurled them at police.

"Just know that it doesn't matter how many chemicals you throw at us," a woman yelled at police through a megaphone. "We're not going anywhere." 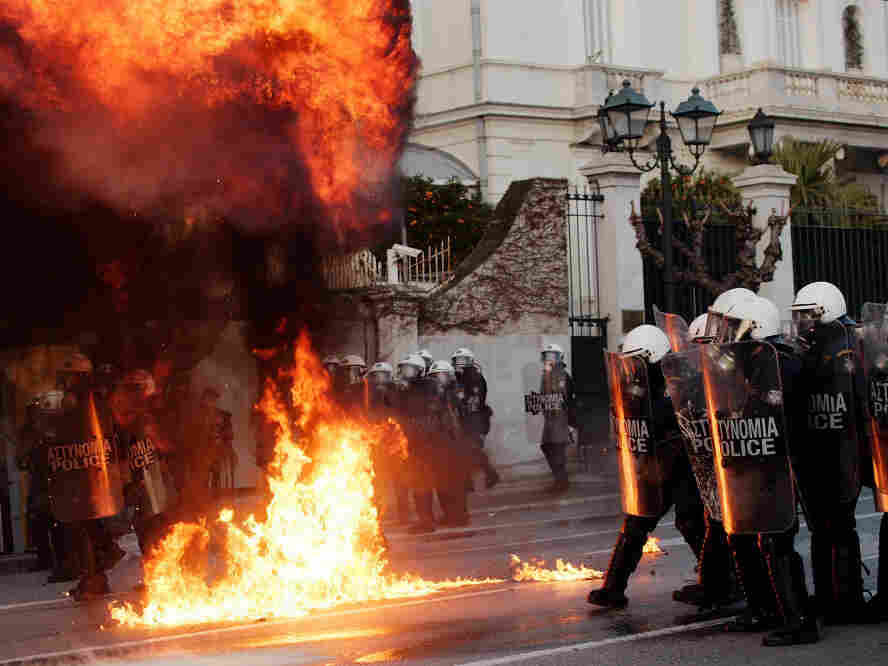 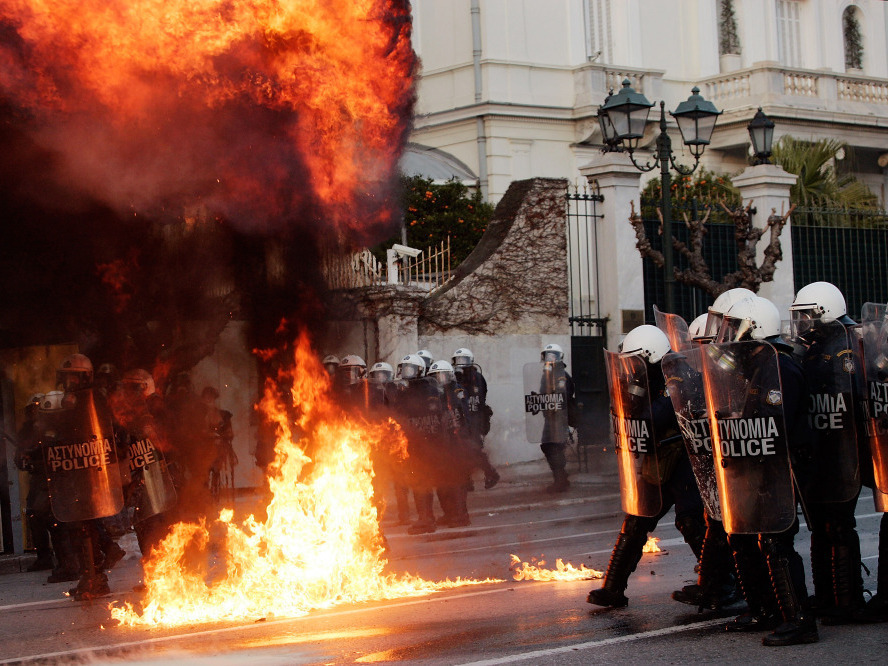 The new measures passed by Parliament would shed 15,000 public-sector jobs and cut the minimum wage by 20 percent.

One protester, high school literature teacher Hara Nika, said her salary had already been cut due to the official belt-tightening and that the latest round of austerity also threatened her minimum-wage-earning daughter.

Nika said she is furious that some Europeans call Greeks lazy for wanting to have a decent life.

"I mean, why should we feel bad for just wanting to live with dignity, with a job that pays enough so I can go on a summer trip for five days? At this rate, we'll actually be saying, 'Thank God I have something to eat today.' "

Prime Minister Lucas Papademos appealed for calm and praised the austerity measures that he said would set the economy on the road to recovery.

In a speech to Parliament ahead of the vote, Papademos warned that "vandalism, violence and destruction have no place in a democratic country and won't be tolerated."

Greece needs a bailout to forestall a "chaotic default" that could threaten other European economies and force Greece to withdrawal from the European Union's common currency.