Accessibility links
Calling It Alien, Uzbek Government 'Cancels' Valentine's Day : The Two-Way Instead the government wants Uzbecks to celebrate the Moghul emperor Babur, who didn't have much luck in the love department. 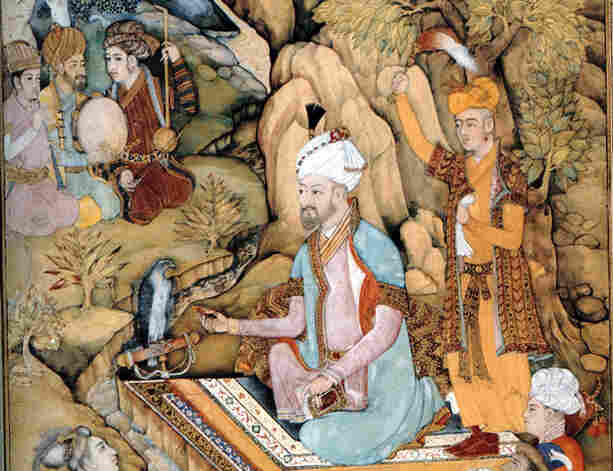 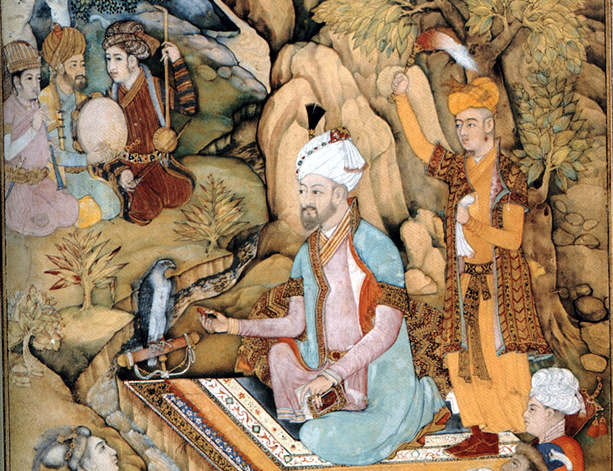 If you believe the Uzbek government, today is not a day for love and friendship. Nope.

It is a day to celebrate the Moghul emperor Babur, who celebrates his birthday on Feb. 14. Now this hasn't always been case in the Central Asian country. The BBC reports that in years past, lovers celebrated Valentine's Day by listening to the songs of Rayhan, "a popular singer whose music mixes Eastern melodies with Western pop."

But, this year, Rayhan's show has been cancelled and stores across the country are underplaying the holiday. The BBC explains:

"An official from the education ministry's Department for Enlightenment and Promoting Values said it had issued an internal decree 'not to celebrate holidays that are alien to our culture and instead promote Babur's birthday'.

"The official, who wanted to remain anonymous, said the decree had been in place for a while."

An unnamed government official told the AFP that the holiday was described "as an element of Western mass culture" and they were instructed to celebrate Babur's birthday "with poetic festivals."

The AFP sets the scene:

"Unlike last year, private TV channels, radios and papers made no mention of Valentine's Day, but some young people continued to greet each other to mark the day.

"One of the biggest supermarket chains in the capital Tashkent 'Korzinka.uz' placed a red-yellow picture of the heart at the entrances of its shops without any mentioning of Valentine's Day. ...

'Uzbekistan's government is wary of cultural imports both from the the West as an 'excess of liberalism' and from the Middle East as an 'religious fanaticism'."

Zahir al-Din Muhammad Babur founded the Timurid Mughal empire in India in 1526, and ironically while he's known for his military prowess he became better known for his poetry.

We looked around to see if Babur was a romantic.

And there are certainly romantic flashes. Just look at how he's quoted talking about love in the book Babur: The First Moghul In India:

"Could one love truly? Does love change like the seasons? Are butterflies the emblems of passion — truth — purity. Fluttering from one bloom to the other with unslaked appetites, feeding their hungers with the sweet, sweet nectar of many a virgin flowers."

But it turns out, his record is mixed. According, to a 2010 Economist piece about Babur, he also wrote lovingly about nature, but he didn't seem to have much luck in the love department.

"Babur was not much interested in women," the Economist reports. "He explains that he had married early, and neglected the girl. He uses that to introduce the subject of his passion for a boy called Baburi whom he sees in the bazaar. Until then, he says, he had 'no inclination for anybody, and no knowledge of love or desire'. His passion for Baburi drives him to distraction. Shyness prevents him from approaching the boy.'"

The Economist says Babur quoted a Persian couplet to describe his feelings for Baburi.

"I am ashamed when I see my friend; My companions look at me; I look the other way," the couplet read.

It's also unclear whether Babur ever made any progress with Baburi.