Accessibility links
U.N. Chief Says Syria May Be Committing 'Crimes Against Humanity' : The Two-Way Ban Ki-moon said the Syrian government was using hospitals as torture centers and was abusing and chaining children as young as 10.

U.N. Chief Says Syria May Be Committing 'Crimes Against Humanity'

U.N. Chief Says Syria May Be Committing 'Crimes Against Humanity' 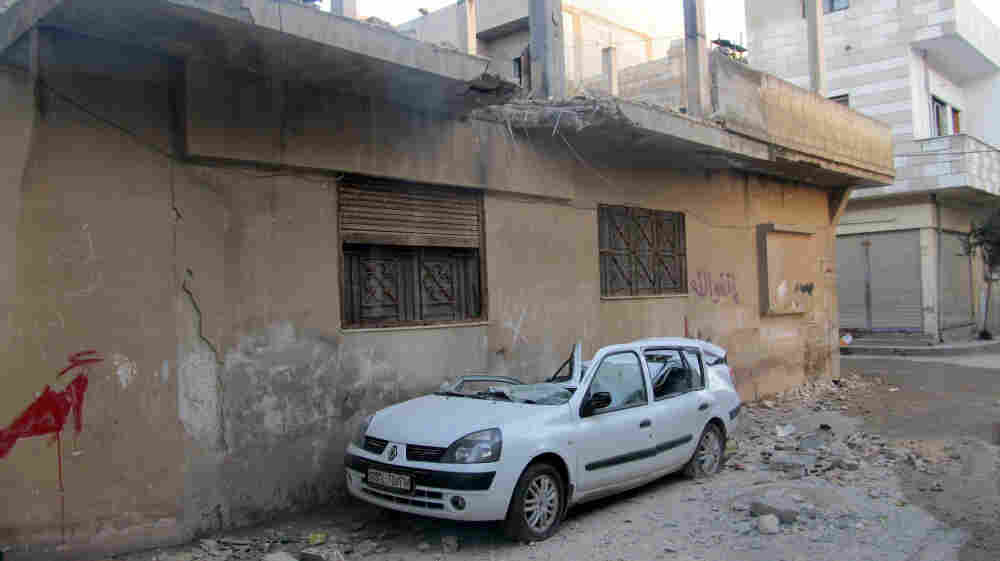 A handout picture from a Syrian opposition activist taken on Feb. 13 shows damages in the Baba Amro neighborhood in the flashpoint Syrian city of Homs. AFP/Getty Images hide caption 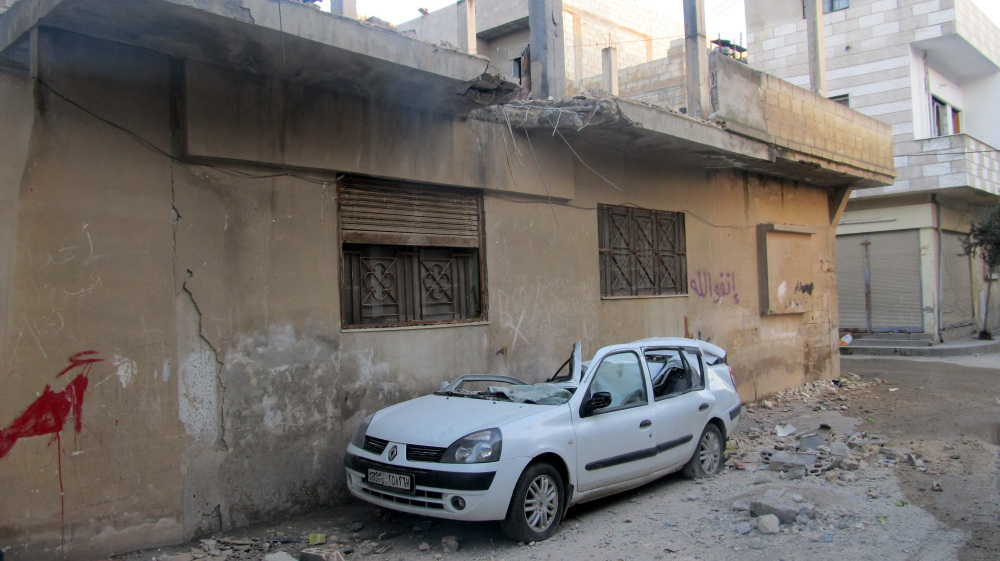 A handout picture from a Syrian opposition activist taken on Feb. 13 shows damages in the Baba Amro neighborhood in the flashpoint Syrian city of Homs.

Ban was echoing what U.N. human rights chief Navi Pillay said during a speech to the General Assembly Monday. Pillay painted a grim picture of Syria and of a government that has increasingly turned its weapons against its own people.

The AP reports that using the term "crimes against humanity" is significant "because such crimes usually involve mass atrocities against innocent people and sweeping crackdowns on their human rights."

Pillay said that in the past year, Syrian security forces killed at least 5,400 people.

Ban made his comments in Vienna on Thursday adding that neighborhoods had been "shelled indiscriminately" and "hospitals [were] used as torture centers, children as young as 10 years old chained and abused."

"We see almost a certain crime against humanity," said Ban.

As Ban said that, China said it was sending a senior envoy to Syria. Russia, which was the second country to veto a Security Council resolution that condemned the violence in Syria, said yesterday it was also stepping up diplomatic efforts by meeting with France to discuss a new version of the resolution.

What will come of any of this is unclear. But, according to Reuters, China is steadfast in its opposition to foreign intervention in Syria.

"'(China) does not approve of the use of force to interfere in Syria or the forceful pushing of a so-called regime change,' the Foreign Ministry cited Vice Foreign Minister Zhai Jun as saying on its website (www.fmprc.gov.cn).

"Zhai, who will travel to Syria on Friday and Saturday, said China believed that 'sanctions or the threat of sanctions are not conducive to the appropriate resolution of this issue.'"

CNN reports that the U.N. General Assembly will take up a resolution condemning the violence in Syria. The resolution is symbolic and non-binding.