Accessibility links
A Year Later, One Libyan Fighter Says 'Nothing Has Changed' : The Two-Way "Danny Vampire" fought for freedom. But now, he says: "Tunisia had an election, Egypt had an election. And Libya? No." What's more, he sees just as much corruption now as before. 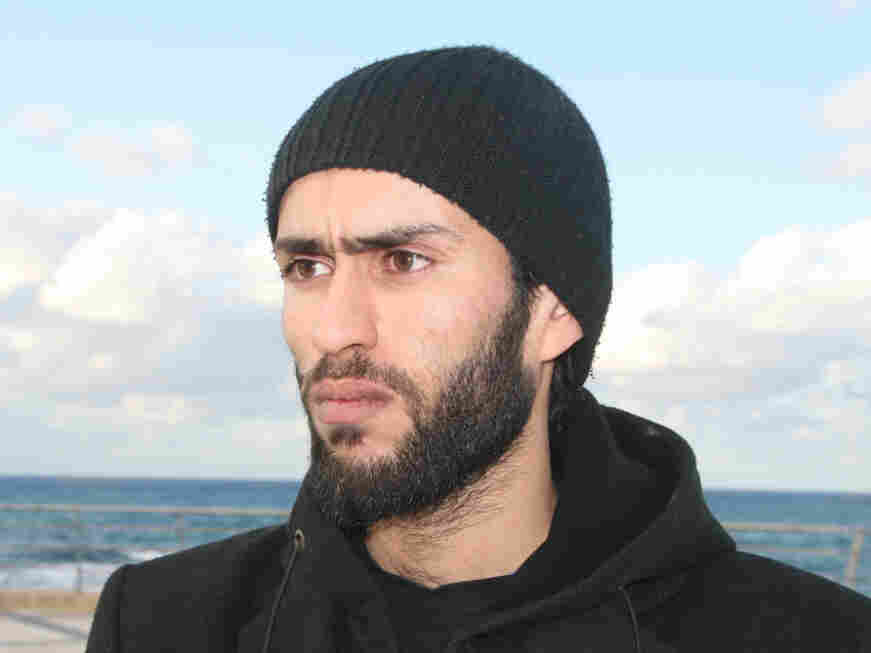 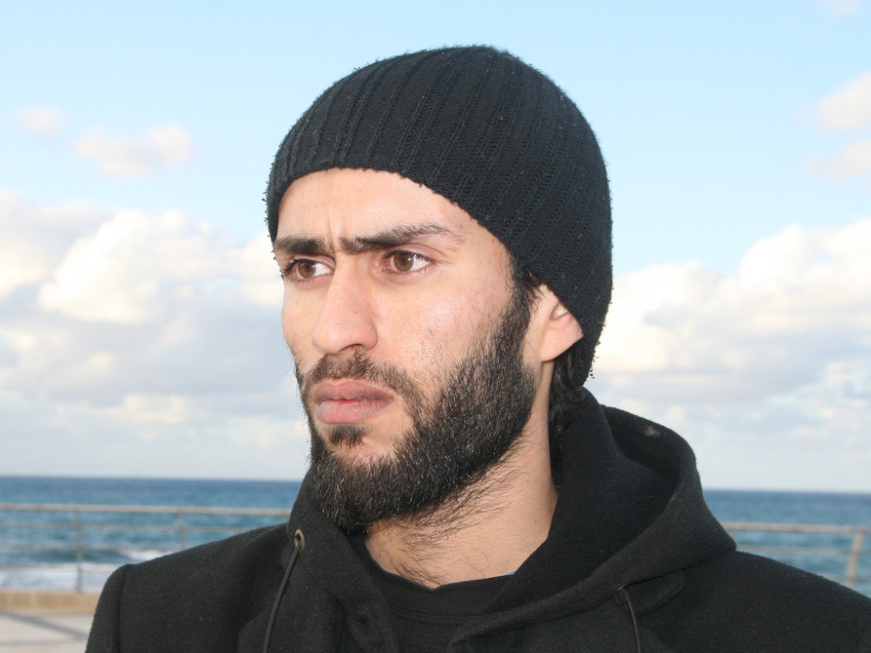 A lanky Libyan man leans hard against the railing, looking out at the waves of the Mediterranean crashing below us on the seafront in Benghazi. He's lost in thought for a moment, then shakes his head and takes a long drag from his cigarette.

"They were dropping like flies," he says. "I knew I was going to die next."

But somehow, he didn't. He goes by the street name Danny Vampire, a name that he picked up as a teenager nearly a decade ago. Now 25, he's a battle-hardened veteran of Libya's 2011 revolution. One year ago this week, though, he was just a young cameraman who saw a rare opportunity to fight back.

Danny was one of the first Libyans within the country to discuss the possibilities of revolution over the Internet, around a month before it began in February 2011.

Most Libyans on Facebook — both in the country and abroad — dismissed his comments, even calling him mad. Yes, Tunisia's long-time ruler had just been overthrown, they said, but this is Libya. Moammar Gadhafi was different. He would never surrender.

Barely two weeks later, Danny and two friends decided to join a protest in a small square in Benghazi. "One lived, the other died," he shrugs, almost as an afterthought. It didn't take long for their protest to grow and expand toward the Mediterranean waterfront and the local courthouse, which soon became ground zero for the revolution in Benghazi.

Rather than picking up a gun, he initially put his media know-how to work and formed a partnership with other young people to set up a media center near the courthouse. From there, they printed a revolutionary newspaper and began collecting videos from around Benghazi.

But soon, the protests spread across Benghazi to the very symbol of Gadhafi's power: the local army barracks known as the Katiba. Using rocks, molotov cocktails, dynamite and whatever else they could find, Danny and hundreds of other protesters besieged the fort.

On Feb. 20, 2011, the Katiba was taken by the protesters, and they began to form militias to fight Gadhafi forces further west.

For months, Danny traveled with a local militia, a rifle in one hand and a camera in the other. "I shot and I shot at the same time," he says of both tools, breaking into a brief smirk. But that hint of a smile vanished almost as quickly as it appeared.

"I fought in many battles," he says. "I was shot through the foot and got very bad shrapnel in my leg. I could not get up. I was stuck in a dirt hole as Gadhafi (forces) shelled us. The other shabab (young fighters) with me — they all ran away. Just like that. If it hadn't been for two journalists who carried me out, I would have died."

"My own people didn't save me; an American and a German did," he says.

Soon afterwards, Danny decided he'd had enough. "After my friend Nasser died," he says, then trails off. "Seventy six. I lost 76 friends in the revolution. I couldn't take it any more, so I went home. I'm not proud of things I did during the revolution, but it was war, you know?"

Danny returned to his prior work at the media center until the revolution ended. Unlike so many other young Libyans I've met in Benghazi, Danny is very cynical about the country's future.

"Nothing has changed," he said, shaking his head again. "It's one year now. One year. Tunisia had an election, Egypt had an election. And Libya? No. And now they (the interim government) may not let go of power. They're just as corrupt. Killing Gadhafi is nothing. Nothing. How do we kill corruption?"

"They should make me president for one hour," Danny continues. "One hour. I would use that time to spend as much money as I could on education. Education, education, education. Gadhafi kept us ignorant. I didn't learn English in school. I never went to college but even in my last year of high school they were only teaching us A, B, C. They kept us ignorant to control us. If we are to succeed it will mean every one of us opening our minds."

"Then what do you see of your future?"

"I don't want a fancy car, or anything like that. I want to get married, have children and live my life. That's all."

Danny clenches his fist to the point that it quivers for a moment. He shakes his head again and lets out a grunt of frustration, as if he wants to scream at the world around him.

"So you're not at all optimistic for Libya's future?" I ask him.

Danny lights another cigarette. "I want to get out."