Accessibility links
Greece: So, What Now? : The Two-Way More bailout money for Greece means adhering to tough austerity measures, but it's the price of saving Europe from a larger — and much more dangerous — financial meltdown.

Greece: So, What Now?

Greece: So, What Now? 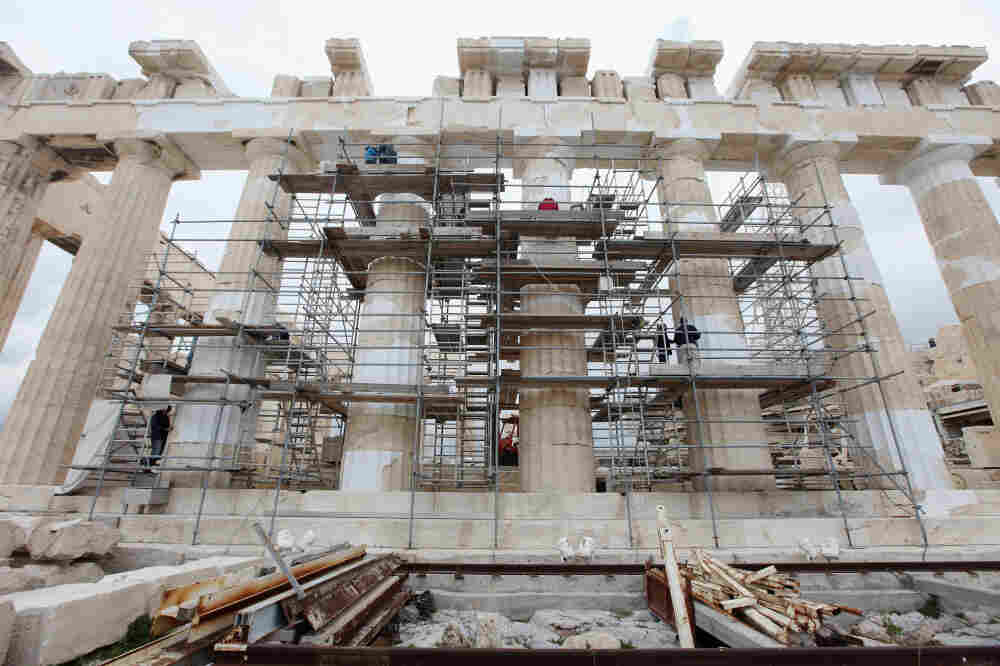 Restoration work on the pillars of the Parthenon atop Athens' Acropolis is symbolic of Europe's recent negotiations to save Greece from default. Oli Scarff/Getty Images hide caption 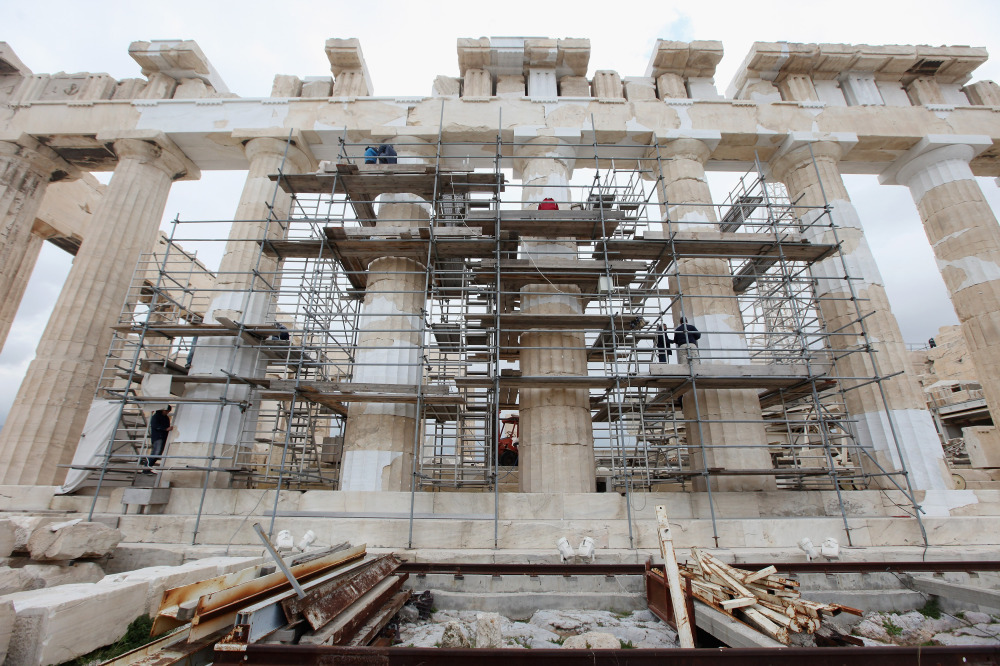 Restoration work on the pillars of the Parthenon atop Athens' Acropolis is symbolic of Europe's recent negotiations to save Greece from default.

Greece is looking more and more like one of those "troubled homeowners" we hear so much about.

It's underwater and struggling to cover debts worth far more than its gross domestic product. So nervous lenders are offering to write down some of those loans in hopes of sending Greece a lifeline and keeping Athens current on its payments.

In return, the country has agreed to put its balance sheet in order, a process that is going to be neither easy nor quick.

But failure is not an option. If Greece defaults, there goes the whole European neighborhood.

"If Greece can default and leave the eurozone, then others could go," says Daniel Kelemen, director of European studies at Rutgers University. "Then attention would turn to Portugal and speculation that it would default. And then, of course, that would cause their borrowing rates to go up, which would make it a sort of self-fulfilling prophecy."

The good news is that Kelemen doesn't think that's going to happen. Neither does Frank Hess, a professor of West European studies at Indiana University.

A few days ago, Hess was worried. That was when, as NPR's Eric Westervelt reported, the European Union was saying Greece wasn't moving fast enough on a package of harsh austerity measures demanded as a condition for the bailout.

Among other things, the EU and IMF want billions of euros in budget cuts, including 300 million euros slashed from public pensions, privatization of some state-run enterprises and a reduction in the minimum wage.

Now Hess wonders whether the eurozone creditors are demanding too much of Greece by expecting those painful measures to come off without a hitch.

"The problem with austerity is that there's an idealized version of how things are going to go," he says. "But when you're implementing anything in the real world, it's always messier; there are dimensions to it that you didn't anticipate."

It's clearly not going to be easy for either Greece or its EU creditors, as evidenced by a leaked nine-page report from international experts that was obtained by Reuters and the Financial Times:

"Given the risks, the Greek program may thus remain accident-prone, with questions about sustainability hanging over it."

Greece, it added, will need more help if it is to bring its debts down to the level envisioned in the latest bailout deal and will remain "accident prone" in coming years. (For an excellent, quick take on this, see this post by Jacob Goldstein on NPR's Planet Money blog.)

There's also some resentment that Germany — the largest and strongest EU economy — and the holder of much of Greece's sovereign debt — is calling the shots. The scars of World War II run deep.

While the political parties in Greek's coalition government have agreed in writing to honor the terms of the EU deal regardless of the outcome of April's elections, as The Associated Press noted today, the elections could "upend the political landscape in the country."

"The leaders of the two main parties have committed to the cuts and reform program, but anti-bailout parties have been gaining in the polls," the AP said.

As we reported back in November, Greece has already shown a propensity for playing a bit of brinkmanship with the bailout deal, with then-Prime Minister George Papandreou calling for a referendum on the package only to back off days later.

"I am really concerned about the possibility of political instability in Greece," Hess says, though he's quick to add that Greece is no more or less susceptible to political violence than any other country in Europe.

Kelemen says it's important to note that Greek protesters angry over austerity, while noisy, sometimes drown out a silent majority in Greece. In opinion polls, the "overwhelming majority" of Greeks do not want to leave the eurozone.

That, he says, "puts the creditor countries in a position to dictate the terms."