Accessibility links
Report: Two U.S. Troops Killed In Afghanistan; Quran Burnings Backlash? : The Two-Way There has been anger over the burning of some Islamic materials, including Qurans, at an air base used by international forces. The commander of those forces has apologized, but protests continue. 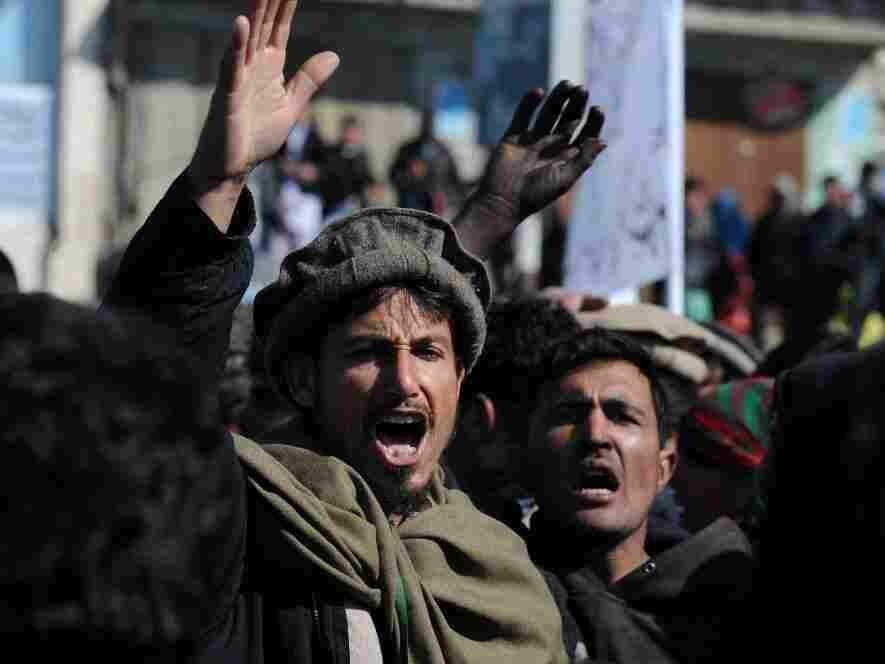 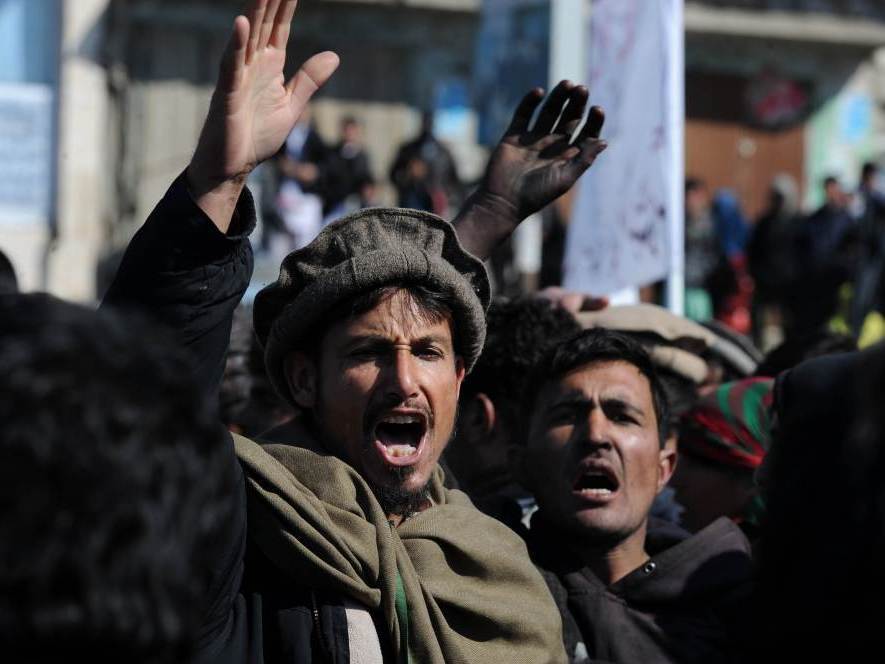 "Two U.S. troops have been shot to death and four more wounded by an Afghan solider who turned his gun on his allies in apparent anger over the burning of Qurans at a U.S. military base in Afghanistan, an Afghan official tells CBS News."

CBS says its source "in the Afghan government said those killed and injured in the attack in the Khogyani district of the eastern Ningarhar province along the border with Pakistan were Americans."

As we've reported, there have been protests in various parts of Afghanistan since word broke that some Islamic religious materials, including Qurans, were burned by international military personnel at the Bagram Air Field north of Kabul. The commander of international forces, American Gen. John Allen, has apologized, said the burnings were unintentional and that an investigation is underway.

NBC News says that today, "Afghan police fired shots in the air to disperse hundreds of protesters who tried to break into an American military base in Mehterlam, in the eastern Laghman province."

Tommy Vietor, spokesman for the National Security Council, has released this statement about reports that President Obama has sent a letter of apology to Afghan President Hamid Karzai about the Quran burnings:

"Following up on their Feb. 20 phone call, the president sent a letter to President Karzai to continue their discussion on a range of issues related to our long-term partnership. In the letter, delivered by Ambassador Crocker this afternoon in Kabul, the president also expressed our regret and apologies over the incident in which religious materials were unintentionally mishandled at Bagram Airbase."

Update at 7:50 a.m. ET: The Associated Press reports that, according to Afghan President Hamid Karzai's office, President Obama has sent a letter apologizing for the burning of the Qurans.