Accessibility links
Syrian Officials To Blame For Crimes Against Humanity, U.N. Panel Suggests : The Two-Way A panel says it has evidence that top Syrian officials "bear responsibility for crimes against humanity and other gross human rights violations" during the nearly year-long crackdown on dissent that has left thousands of civilians dead. 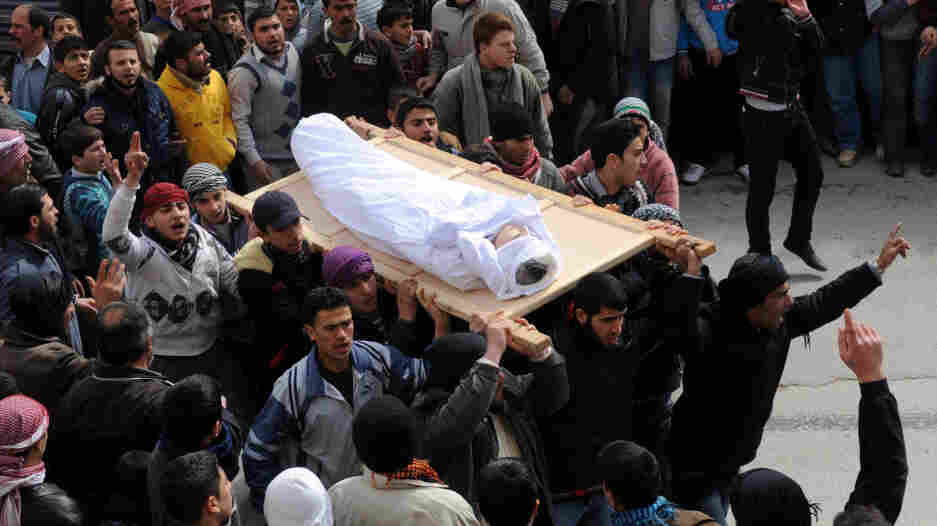 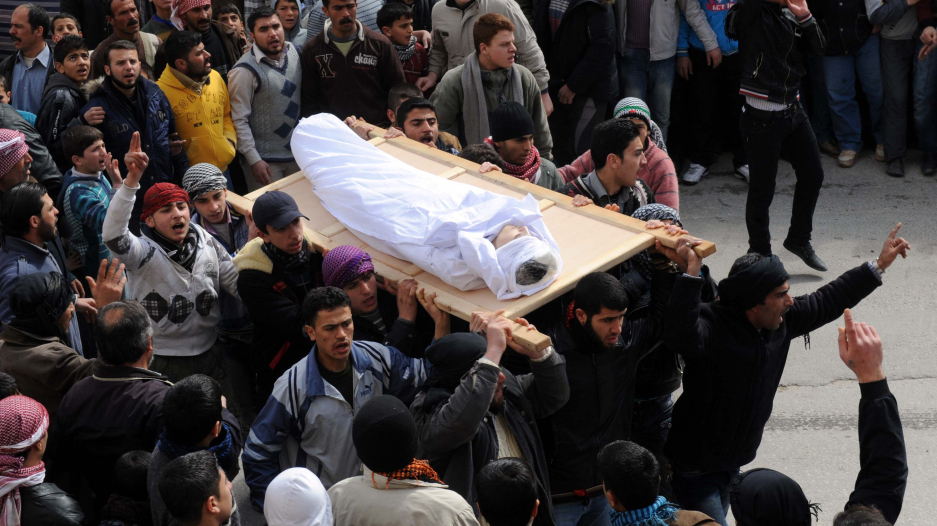 Syrians today carried the body of a youth reportedly killed in violence in the Idlib region.

A United Nations panel says it has evidence that top Syrian officials "bear responsibility for crimes against humanity and other gross human rights violations" during the nearly year-long crackdown on dissent that has left thousands of civilians dead.

The New York Times has obtained a copy, and posted it online, of the report to the U.N.'s Office of the High Commissioner for Human Rights from the panel of three investigators.

The panel's members have not named the officials, however.

But The Associated Press says the panel has "a secret list of top Syrian officials who could face investigation for crimes against humanity carried out by security forces in Syria's crackdown." And, it adds, "the U.N. experts indicated the list goes as high as President Bashar Assad."

The report says "the commission is satisfied that a reliable body of evidence exists that, consistent with other verified circumstances, provides reasonable grounds to believe that particular individuals, including commanding officers and officials at the highest levels of Government" bear responsibility for the crimes.

United Nations officials, including Secretary General Ban Ki-moon and human rights chief Navi Pillay, have been saying in recent weeks that they feared the Syrian government's actions would amount to crimes against humanity. The panel's report adds evidence to those concerns.

The report also comes as "the United States, Europe and Arab nations are preparing to demand that Syrian President Bashar Assad agree within days to a ceasefire and allow humanitarian aid into areas hardest hit by his regime's brutal crackdown on opponents," the AP adds.

In related news, the AP says that French journalist Edith Bouvier, who was "wounded in shelling in Syria that killed two other Western journalists is pleading with her government to evacuate her so she can have an operation." She makes her case on YouTube.