Accessibility links
Syrian Official: Army Is Protecting Syrian People From Armed Groups : The Two-Way Zouheir Jabbour says all the reports coming out of Syria are "absolutely wrong." He said the videos and accounts of carnage are fabrications. 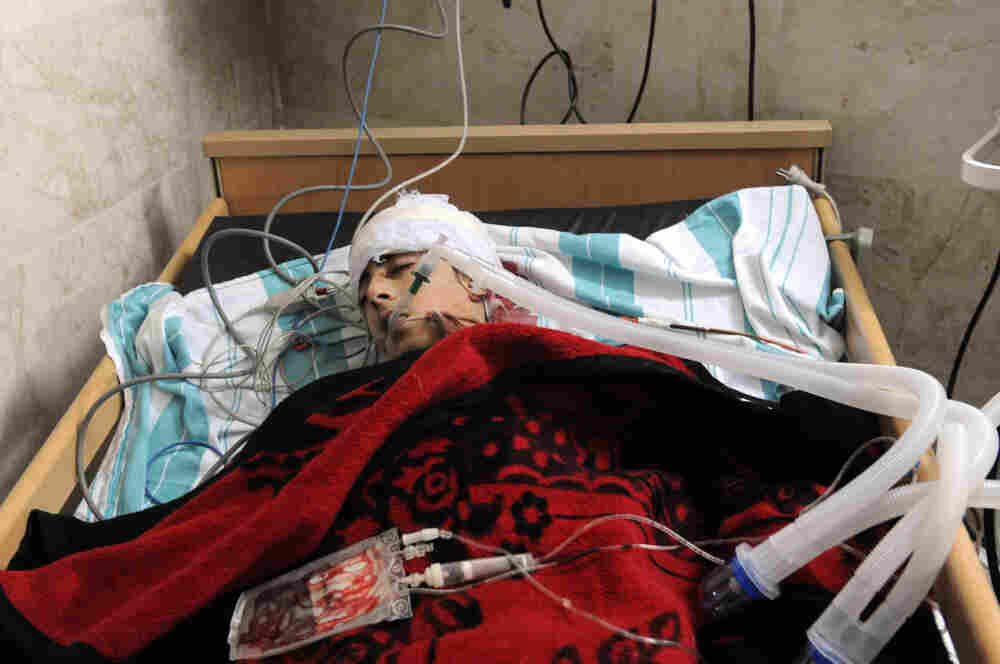 Zouheir Jabbour says many of the videos and images coming out of Syria are a fabrication. Here, a badly injured man lies in a bed at a makeshift clinic in the Syrian city of Idlib on Friday. Bulent Kilic/AFP/Getty Images hide caption 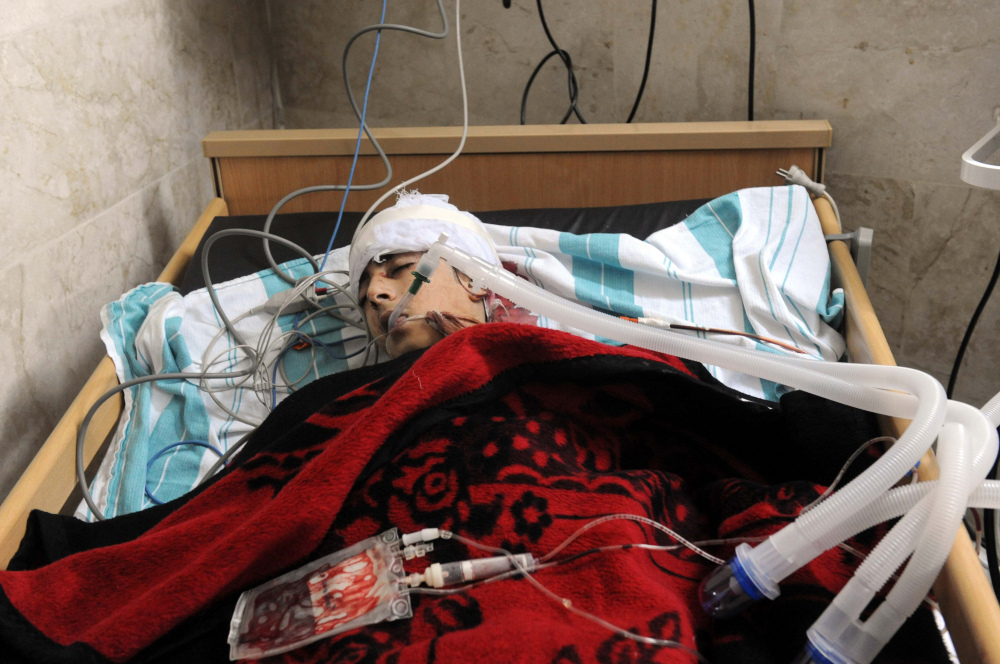 Zouheir Jabbour says many of the videos and images coming out of Syria are a fabrication. Here, a badly injured man lies in a bed at a makeshift clinic in the Syrian city of Idlib on Friday.

The charge d'affaires of the Syrian Embassy in Washington says all the reports coming out of Syria are "absolutely wrong."

Zouheir Jabbour told All Things Considered's Melissa Block that even the reports issued by the United Nations and the Arab League are wrong.

"In the time of computers, you can fabricate whatever you like and go to Al Jazeera and go to Al Arabiya and you can see all that fabrication," Jabbour said.

During a 20 minute interview, Melissa pressed Jabbour. By all accounts, the Syrian army has embarked on a deadly attack on its own people. The U.N. estimates that last year alone 5,400 people were killed. And in a report by the U.N.'s Office of the High Commissioner for Human Rights, a panel said it had evidence that that top Syrian officials "bear responsibility for crimes against humanity and other gross human rights violations." In another report this month, Human Rights Watch found that security forces controlled by President Bashar Assad arrested, tortured and killed children as part of the crackdown.

"The Syrian army is a national army," said Jabbour. "It's an army for all the Syrians and you know what the Syrian army is doing is just protecting the Syrian people from the brutality and from the criminality of the armed groups supported by regional Arab or non-Arab foreign states and nations."

Jabbour said the picture we are getting from Syria is wrong and that Assad would step down "when the Syrian people tell Assad step aside."

In the interview, he said the truth is that most Syrians support Assad and Jabbour seemed to challenge journalists to report the truth.

Colvin, who wrote for the Sunday Times in Britain, was in Homs on a trip that wasn't sanctioned by the Syrian government. She filed her last piece for the paper on Feb. 19. In it, she paints a harrowing picture of an army pounding Homs mercilessly.

"The scale of human tragedy in the city is immense. The inhabitants are living in terror," she wrote. In Homs, at least, she reported that civilians were being killed by their government.

Note, we'll add audio of the as-aired interview with Jabbour to this post a little later on tonight.