Accessibility links
In Kentucky, 2015 Derby Winner Could Arrive Any Day Now : The Two-Way From January into June, about 8,000 registered thoroughbred colts and fillies will be born in Kentucky. As 3-year-olds, a few may be Triple Crown contenders. NPR's Noah Adams was there as one was born. 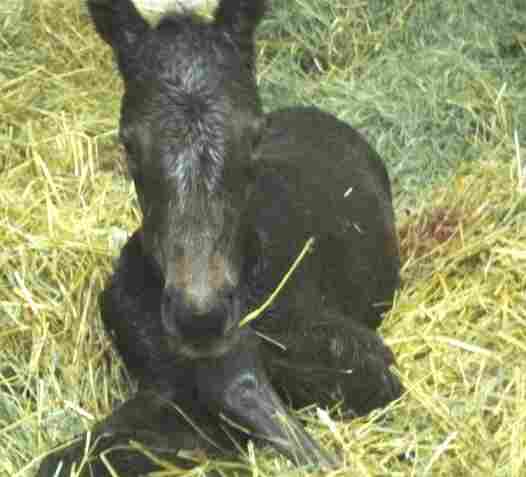 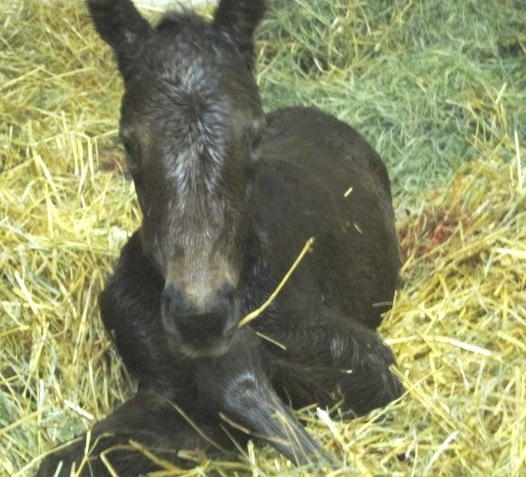 About seven minutes after birth: the colt born the night NPR spent with Eduardo Terrazas

The horse that wins the Kentucky Derby in 2015 may come into the world tonight in the Bluegrass State.

From January into June, about 8,000 registered thoroughbred colts and fillies will be born in Kentucky. As 3-year-olds, a few may be Triple Crown contenders. 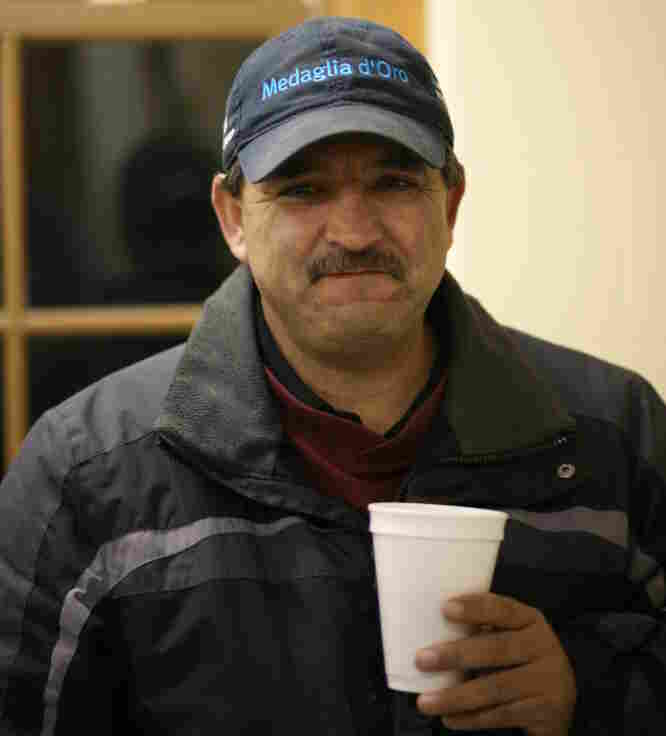 Eduardo Terrazas, with a cup of coffee brewed in the barn. It's the best, he says. Noah Adams/NPR hide caption 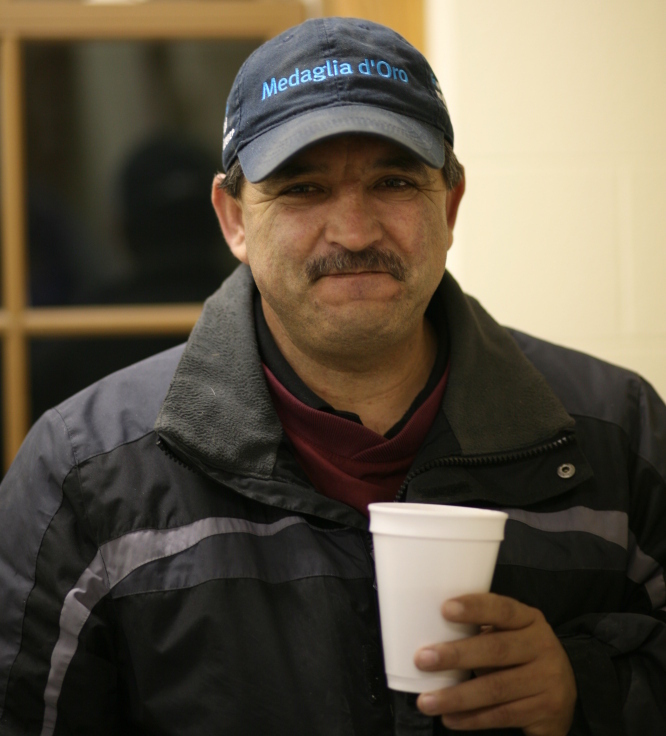 Eduardo Terrazas, with a cup of coffee brewed in the barn. It's the best, he says.

As Noah reports for Morning Edition, the first things you notice when you meet Terrazas are his eyes — "smiling and very tired; when the babies are coming it's hard to find any time to sleep." Terrazas says that "for two nights in a row, I think I only slept one hour one day and about two hours the next day. ... I deliver every foal."

On the night Noah is there, a mare has trouble. Her breathing is heavy. The placenta is thick and "she's not going to be able to break her bag," Terrazas says. The horse needs his help. Terrazas uses scissors to move things along.

After some tugging and some gushing, a colt is born. Minutes later, the little guy is standing — "trying to figure out what legs are for," as Noah says. And Terrazas is soon brewing a pot of coffee. For him, barn coffee is always the best. He'll need it. There's a mare in the stall next-door who needs attention.

To see a little of what it's like when Terrazas is at work check this video that Glenye Cain Oakford put together for the Daily Racing Form.

While in Kentucky, Noah also spent time at both of Lexington's equine hospitals. At Rood & Riddle, Dr. Bonnie Barr and her intensive care team are also among those who don't get much sleep during foaling season. One colt has come in because he wasn't breathing after birth. 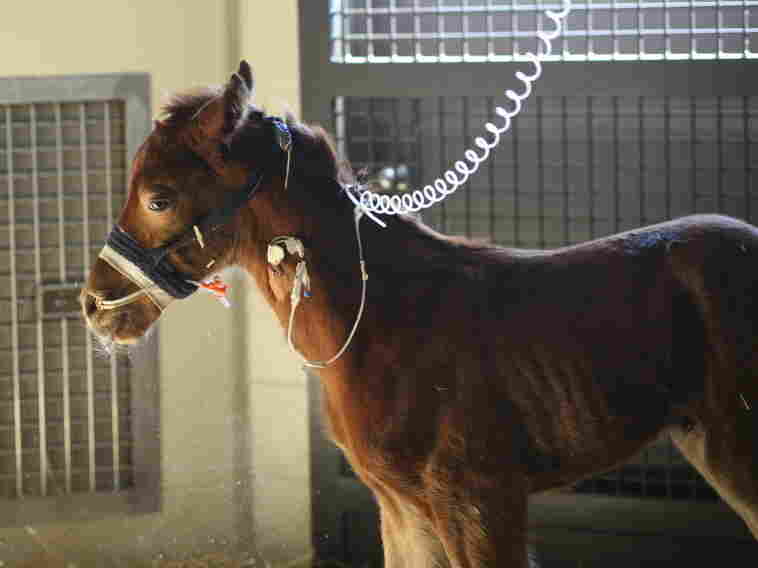 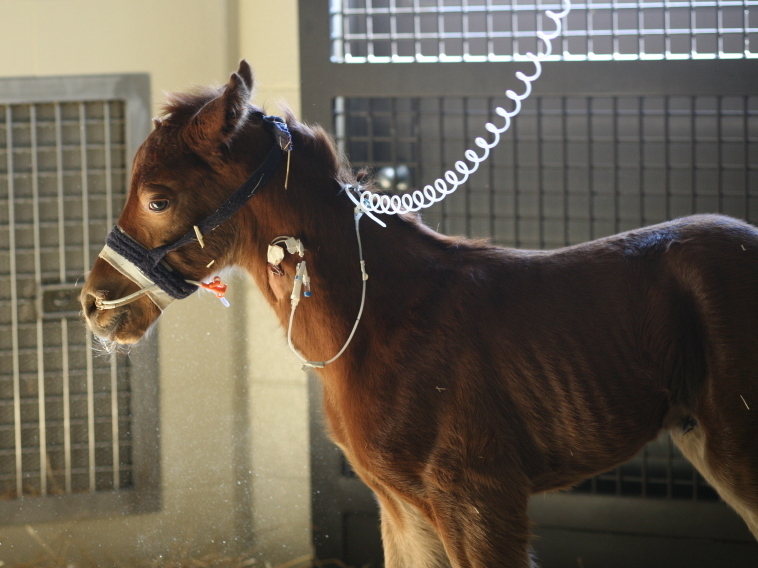 A newborn colt in one of the Rood & Riddle Equine Hospital's intensive care units.

"The farm veterinarian did CPR," Barr tells Noah, and at the hospital he's been put into "kind of ... a drug-induced coma." Seven of the facility's eight intensive care units are full.

And it was at the Hagyard Equine Medical Institute, Noah writes in the following message, that he heard some other particularly compelling stories.

One night in the neonatal unit at Hagyard Equine, I met Dr. Kim Sprayberry. We visited a couple of newborns, and she talked about the dedication of the staff and the intensity of the work.

She later sent me a photograph she had taken of an ailing foal being carried inside — it had been in the front seat of a pickup. It's the one picture that stays in my mind after my time in the Bluegrass. 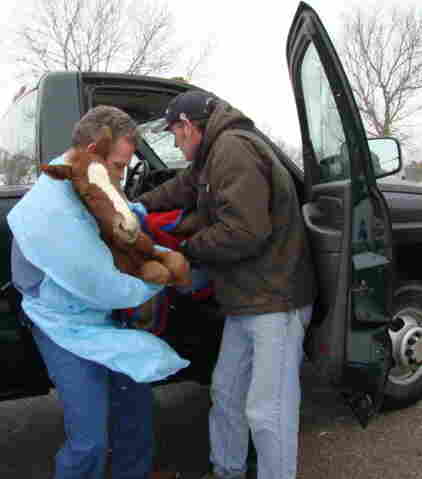 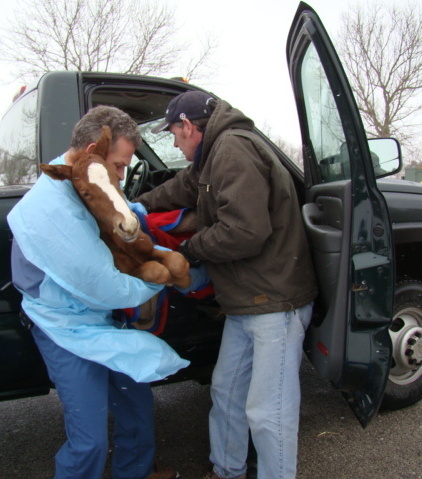 This picture has stayed in Noah Adams' mind.

Sprayberry also told me about the spring of 2001 and the onset of what would come to be named mare reproductive loss syndrome. Thousands of fetuses were aborted; hundreds of foals died shortly after birth.

The cause, it was later determined, was an infestation of tent caterpillars. The mares ate the caterpillars, which have sharp, hairy cuticles that made microwounds in the horses' bowels and led to infection.

"It was horrible. The crux of the whole thing was April 17th," Sprayberry said. "I was on call, and we took in 17 mare-foal pairs in one night. We didn't have places to put them. We'd break open a bale of straw, and the farm guy would be sleeping in a chair hanging onto the mare's lead rope, and the foal would be lying on the little pallet of straw with a IV stand.

"We had a $1 million foal stuffed between the washing machine and the dryer where we'd made a pallet. We had mares and foals out in their horse trailers in the parking lot. Our technicians would use that as a stall, and as soon as one little foal would expire, we'd take it out and get another pair in. It was otherworldly," Sprayberry recalled, standing within the dim quiet of the neonatal unit.

"I was at the door here in the morning," she said, "and there would be piles of little dead foals, and we would have farms call and say, 'Hey, I'm coming in.' "