Accessibility links
Romney Calls Santorum's Robocalls To Democrats A 'Terrible Dirty Trick' : The Two-Way The robocall targets Mitt Romney for opposing the auto bailout, while he supported one for his "Wall Street, billionaire buddies." 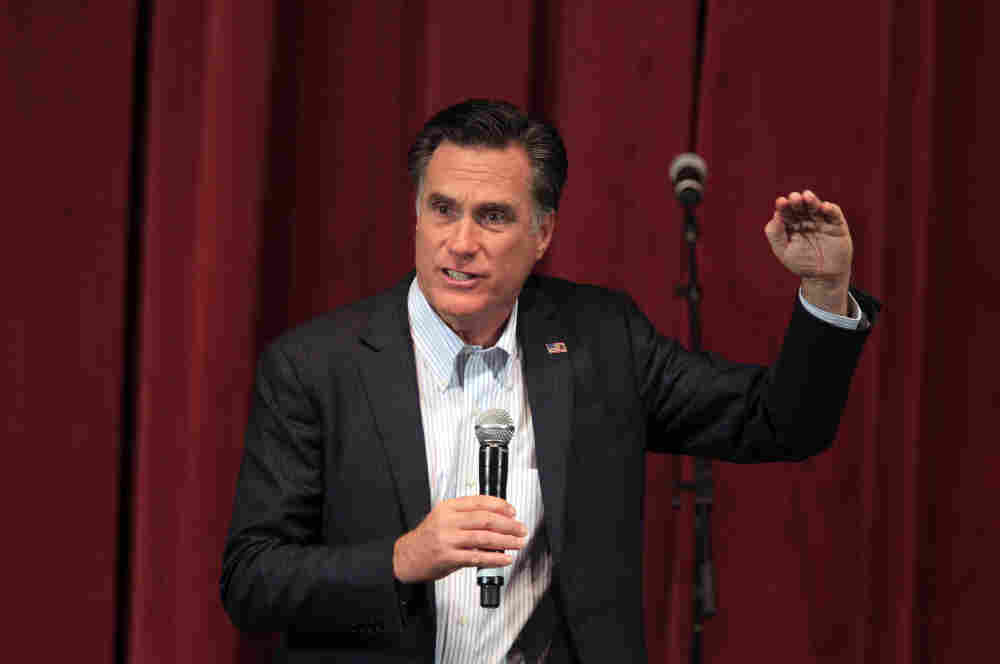 With the latest polls showing a dead heat in Michigan, the leading Republican presidential candidates are taking swipes at each other just hours before voters will head to the polls.

CBS News reports that the automated calls to Michigan voters highlight Romney's opposition to the auto industry bailout of 2008 and 2009.

"Michigan Democrats can vote in the Republican primary on Tuesday," the voice on the call says, according to CBS. "Why is it so important? Romney supported the bailouts for his Wall Street, billionaire buddies, but opposed the auto bailouts. That was a slap in the face to every Michigan worker, and we're not going to let Romney get away with it."

The call asks Michigan Democrats to "send a loud message" to Romney by voting for Santorum and it ends with this: "This call is supported by hard-working Democratic men and women and paid for by Rick Santorum for president."

Politico reports that Romney came out swinging on Fox News this morning.

"I just think it's outrageous and disgusting, a terrible dirty trick at the last hour, by the way, late in the afternoon on the day before the election, maybe hoping no one would notice, they start sending out calls to Democrats, union members, telling them to go into the Republican primary and vote against Mitt Romney," he said.

The AP reports that Santorum shrugged off the criticism saying the robocall campaign "is trying to attract the Democratic voters he'll need in a general election campaign."