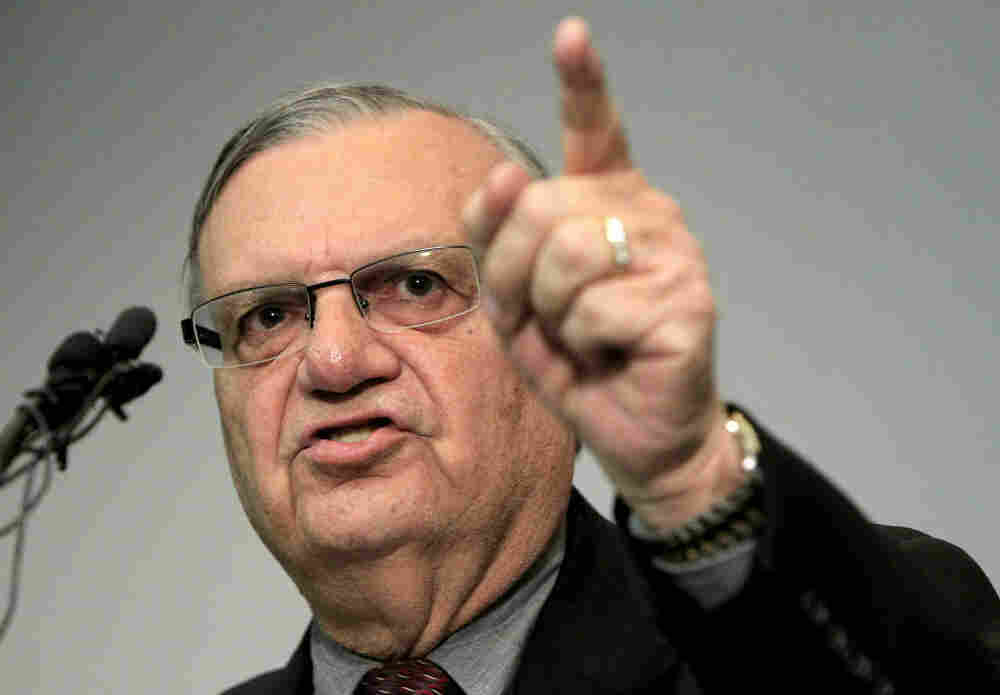 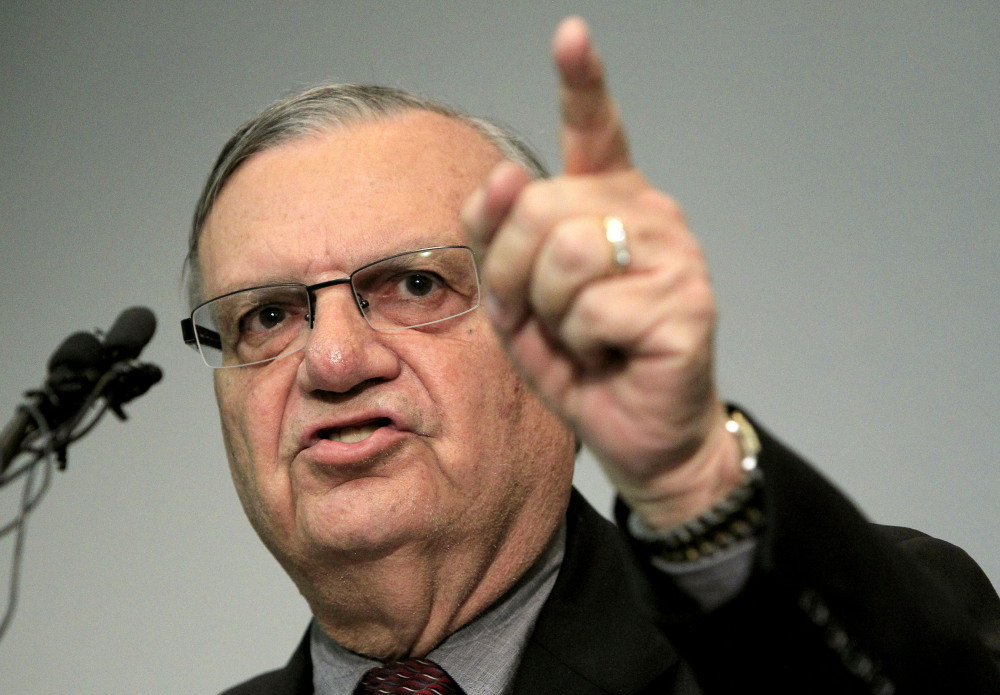 In a news conference, Arpaio said he was not accusing the president of the United States of a crime, but said the long-form birth certificate released by the White House was "computer generated forgery."

Arpaio and his lead investigator Mike Zullo posted five videos, explaining their investigation. You can find them at the site of the Western Center for Journalism, but essentially the argument they're making is that the date stamp and the registrar's stamp on Obama's long-form birth certificate were imported from somewhere else. Their proof for that claim? They said the stamps were on different layers on the document and could be moved freely when opened in editing software.

For the record, we opened the file using Adobe Photoshop and found that it contained only a single layer of information.

Zullo makes a similar argument about Obama's selective registration card. This time, he insinuates that the year 1980 in the postmark has been tampered with. He says that since there were no 1980 stamps available currently someone cut a 2008 to show 08 and then flipped it to say 80.

(We wondered, being that the White House is so powerful, if they couldn't just order a custom-made 1980 stamp.)

"[His] card isn't just forged; it's poorly forged," he said.

Arpaio said he had not decided what to do next. One reporter asked if he would turn it over the Postal Inspector, who could look into the "forged" postmark stamp. Arpaio said it was a tough decision and he hadn't made up his mind.

Another reporter suggested that if Obama wasn't really a citizen, then how could he get a passport.

Arpaio said that was a good question.

Another asked if Arpaio even had jurisdiction to undertake the investigation.

Arpaio sounded annoyed saying, "I think this is a pretty important investigation. I can't let it die."

Reader Beth Kerner points out in the comments that if you open the pdf of Obama's birth certificate in Adobe Illustrator, it does, indeed show layers.

We tried it and the file does have layers. But we also opened a few other pdf documents on our computer and they all showed similar layers that isolate the text.

You might have thought that with the feds knocking on his door over what they say are numerous violations of civil rights, Maricopa County (Ariz.) Sheriff Joe Arpaio would be busy planning his defense.

Instead, the controversial sheriff is taking the fight to them. Arpaio announced that he was ready to release the findings of his investigation into the authenticity of President Obama's birth certificate.

As we've reported, claims that Obama is not really an American have been repeatedly knocked down. President Obama tried to lay the issue to rest last year by releasing his long-form birth certificate.

That, of course, didn't satisfy Arpaio, whose tough treatment of inmates and immigrants has garnered him national attention. The sheriff attended the last Republican debate and was acknowledged by the candidates.

Republican presidential candidate Rick Santorum met privately with Arpaio and said he should be allowed to continue his policing policies without federal intervention.

As we reported in December, the Justice Department accused Arpaio's department of a "a pattern or practice of misconduct that violates the Constitution and federal law." And besides dealing with Justice, Arpaio has also come under fire because his office allegedly botched and failed to adequately investigate sex crimes.

Arpaio took on the birth certificate investigation after a group of people affiliated with the Tea Party asked for one last summer. The AP reports that Arpaio didn't give any hints as to what his investigation found and has scheduled a press conference at 3 p.m. EST. The investigation was conducted by members of a volunteer force called the "Cold Case Posse."

" 'I'm not going after Obama,' said Arpaio, who has criticized the president's administration for cutting off his federal immigration powers and conducting a civil rights investigation of his office. 'I'm just doing my job.'

"Some critics suggest Arpaio's aim is to divert attention from his own legal troubles while raising his political profile as he seeks a sixth term this year. The sheriff vehemently denies such strategies are in play.

" 'You say I need this to get elected? Are you kidding me? I've been elected five times. I don't need this,' he said in a recent interview."

The conservative Western Center For Journalism will live stream the press conference. We'll listen in and update this post with the news.