Accessibility links
On Iran, Obama Says 'I Don't Bluff' And 'All Options Are On The Table' : The Two-Way With Israeli Prime Minister Benjamin Netanyahu due at the White House on Monday, President Obama has some pointed messages for Iran in an interview with The Atlantic.

On Iran, Obama Says 'I Don't Bluff' And 'All Options Are On The Table'

On Iran, Obama Says 'I Don't Bluff' And 'All Options Are On The Table' 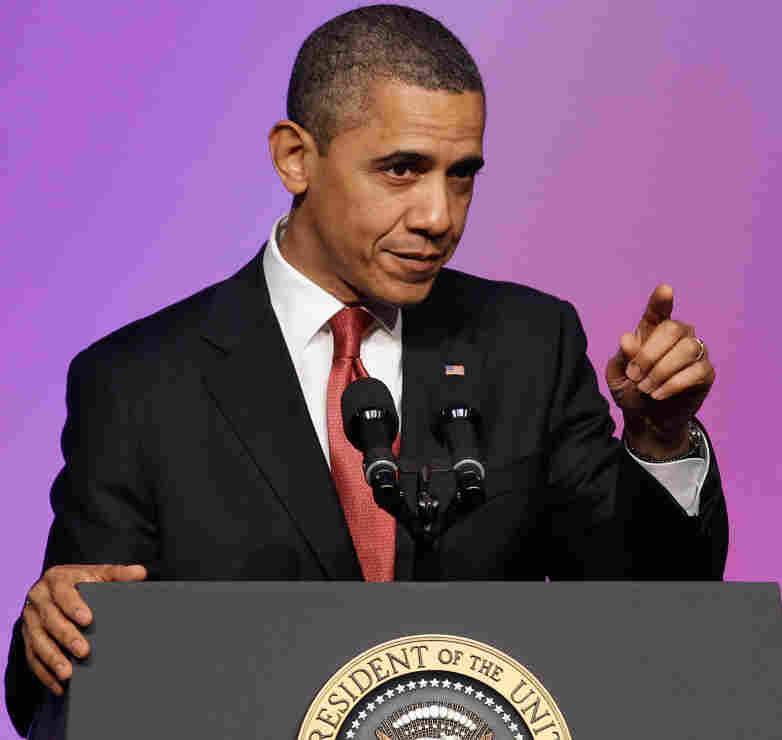 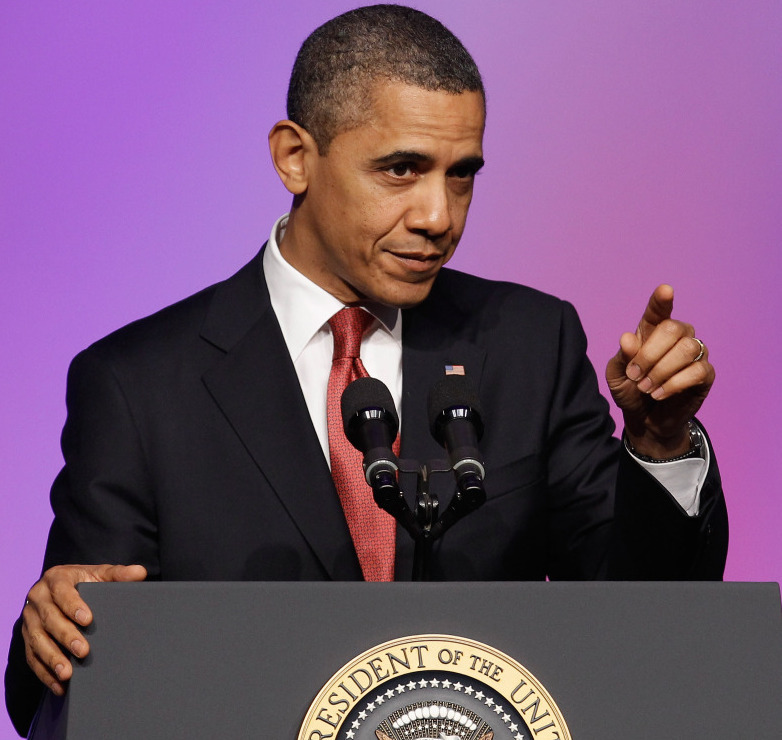 With Israeli Prime Minister Benjamin Netanyahu due at the White House on Monday, Iran and its nuclear ambitions are again front-and-center on the policy agenda.

The Atlantic just posted a report about its interview with President Obama on Wednesday in which he had some very pointed messages for Iran. Atlantic national correspondent Jeffrey Goldberg writes that Obama will ask Netanyahu not to launch any attacks on Iran's suspected nuclear facilities in coming months — but that Obama will also make clear that the U.S. will destroy Iran's program if economic sanctions don't convince the Persian nation to give up.

-- "Obama told me ... that both Iran and Israel should take seriously the possibility of American action against Iran's nuclear facilities. 'I think that the Israeli government recognizes that, as president of the United States, I don't bluff.' "

-- "Obama stated specifically that 'all options are on the table,' and that the final option is the 'military component.' "

"The interview is meant to reassure Israel that the U.S. has its back, and prevent that country from launching its own strike on Iran. Mr. Obama warned that an Israeli attack on Iran could be a distraction, allowing Iran to portray itself as a victim, at a time when the Iranian government is increasingly isolated."