Accessibility links
Limbaugh Apologizes For Insulting Law Student : The Two-Way The conservative radio host had called Sandra Fluke a "slut" and a "prostitute" after she testified on Capitol Hill that insurers should provide no-cost contraception. 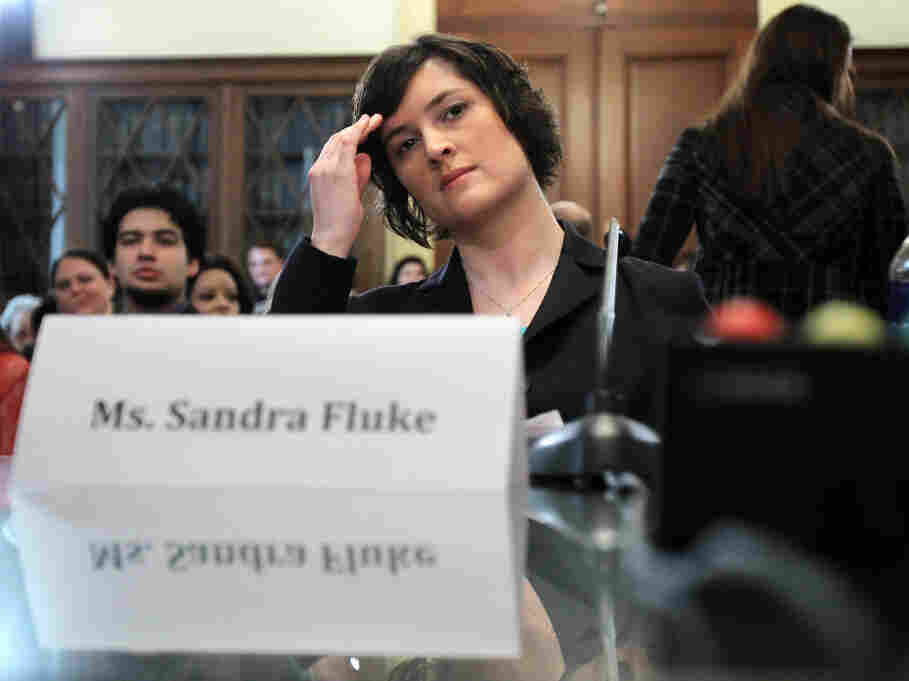 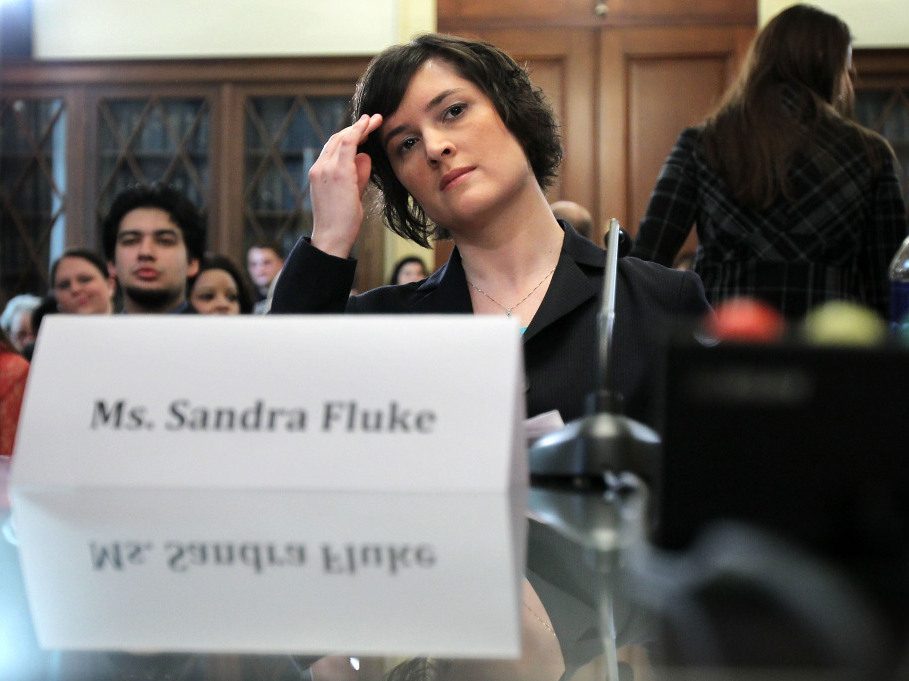 Sandra Fluke, a third-year law student at Georgetown University, waits to testify before the House Democratic Steering and Policy Committee on Feb. 23.

Conservative radio host Rush Limbaugh apologized today to a Georgetown University law student he called a "slut" and a "prostitute" this week. His comments about Sandra Fluke, who testified on Capitol Hill that insurers should provide no-cost contraception, outraged women's groups and others, including the president, who called her on Friday.

In a statement released Saturday, Limbaugh said he chose the "wrong words" and that he didn't mean a personal attack on Fluke.

Limbaugh said he was trying to be humorous and that he thought it was "absurd" that Americans were testifying before Congress about sexual activities:

"I think it is absolutely absurd that during these very serious political times, we are discussing personal sexual recreational activities before members of Congress. I personally do not agree that American citizens should pay for these social activities. What happened to personal responsibility and accountability? Where do we draw the line? If this is accepted as the norm, what will follow? Will we be debating if taxpayers should pay for new sneakers for all students that are interested in running to keep fit?In my monologue, I posited that it is not our business whatsoever to know what is going on in anyone's bedroom nor do I think it is a topic that should reach a Presidential level."

Fluke was allowed to testify before lawmakers Feb. 23, a week after Republicans in the House refused to let her testify about the Obama administration's policy on insurance coverage of birth control.

As Mark reported Friday, Fluke said she was stunned by the insult, but primarily because Limbaugh's comments still were considered acceptable discourse in certain sectors of society.

Limbaugh's comments unleashed a slew of criticism. According to The New York Times, as of Saturday, at least six advertisers had pulled their ads from his show.