Accessibility links
Putin's Victory Comes With Claims Of 'Widespread Violations' : The Two-Way It's no surprise that Russian Prime Minister Vladimir Putin won Sunday's election to return to the more powerful post he previously held — president. Also not surprising: Reports of many voting violations, perhaps to ensure his victory. 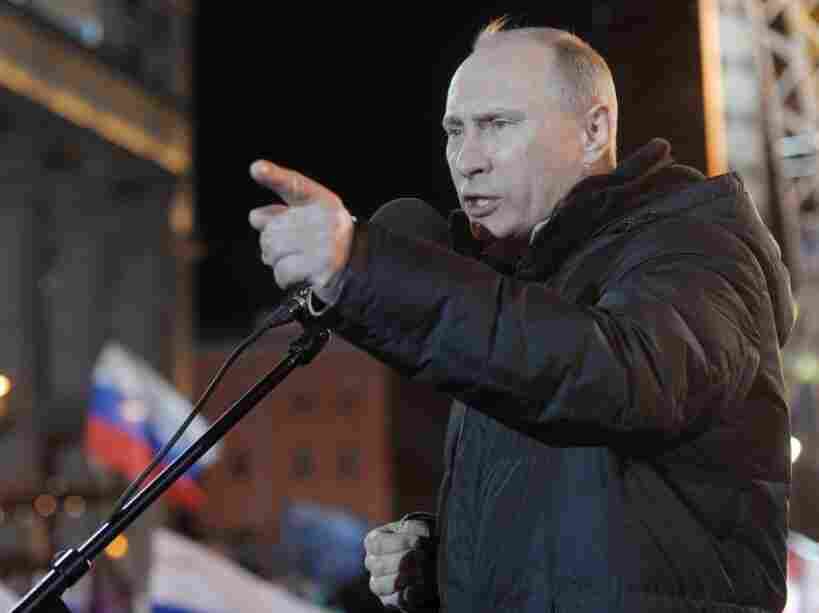 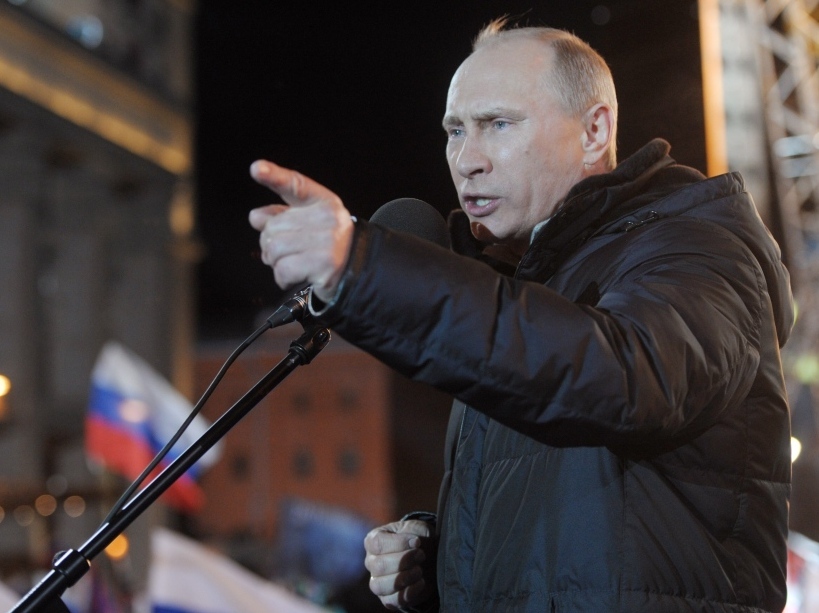 Russian Prime Minister Vladimir Putin at a rally in Moscow on Sunday. He won election to the post he previously held: president.

It's no surprise that Russian Prime Minister Vladimir Putin won Sunday's election to return to the more powerful post he previously held — president. His victory was widely expected. Putin appears to have gotten about two-thirds of the votes.

Also not surprising: Sunday's results are being followed with reports today that, as The Associated Press says, "the opposition and independent observers insisted the vote had been marred by widespread violations."

The Guardian puts things this way: "International observers from the Organization for Security and Cooperation in Europe said there were 'serious problems' with the election, which meant that the result was 'never in doubt.' "

According to The Financial Times, there are "widespread allegations of vote rigging."

On Morning Edition, NPR's Corey Flintoff said one of the more common complaints was about "carousel voting" — groups of people being driven from one voting place to another, and at each one using absentee ballots to vote. But Putin, Corey reports, said in a fiery speech after results were in that there had been an "open and honest battle" and that foreigners — perhaps referring to the U.S. — had been trying to influence the results.

It also appeared at moments, the FT adds, that Putin teared up during his address on Sunday:

" 'I asked you once, will we win?' he said. 'And we won!' he declared, to cheering and flag-waving from his fans.

"Putin later blamed the wind for making his eyes water."