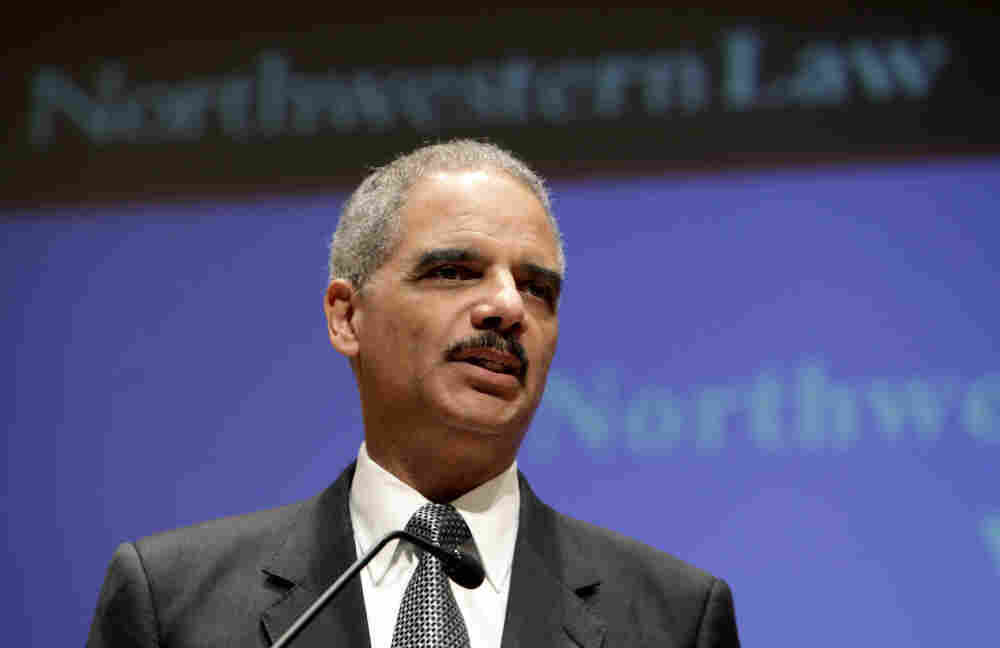 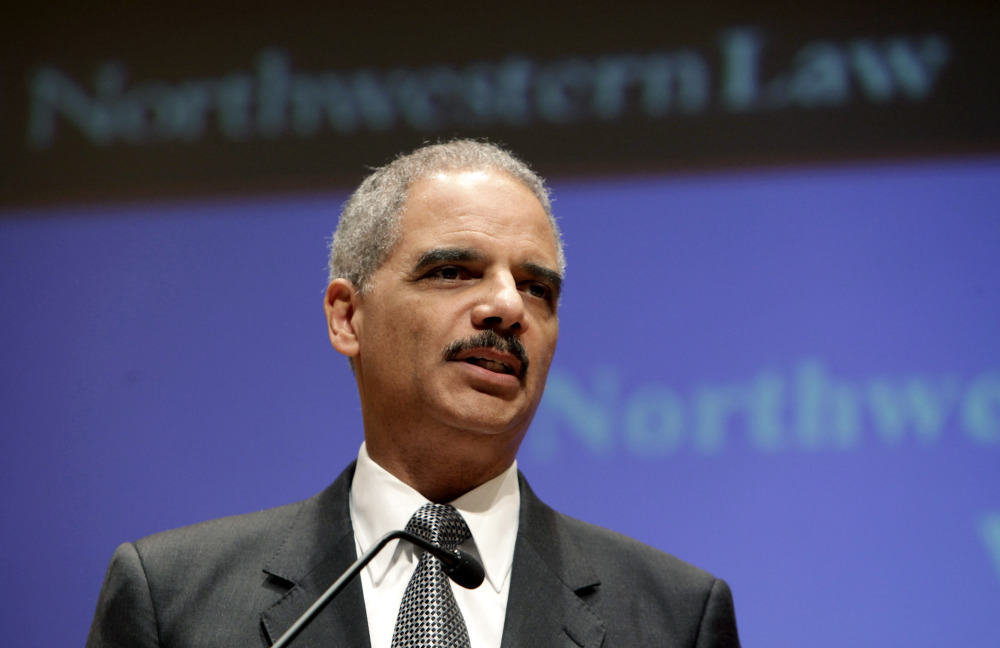 NPR's Carrie Johnson reports that in a speech at Northwestern University Law School, Holder said the issue is one of the most serious he faces. Carrie filed this report for our Newscast unit:

"Eric Holder says U.S. citizens who take up arms against their own country deserve due process under the Constitution.

"And he says they get it — authorities only target Americans who "represent an imminent threat — people who directly take part in hostilities against the U.S. and those who can't be captured alive without big risks to civilians.

"The debate's not likely to end there.

These questions arose after the United States killed Anwar al Awlaki, an American-born Islamic cleric, in a drone strike in Yemen.

Here's a key part of the speech in which Holder explains the difference between due process and judicial process. Also, keep in mind that later in the speech he said that this doesn't apply to all cases:

"Some have argued that the President is required to get permission from a federal court before taking action against a United States citizen who is a senior operational leader of al Qaeda or associated forces. This is simply not accurate. 'Due process' and 'judicial process' are not one and the same, particularly when it comes to national security. The Constitution guarantees due process, not judicial process.

"That is not to say that the Executive Branch has – or should ever have – the ability to target any such individuals without robust oversight. Which is why, in keeping with the law and our constitutional system of checks and balances, the Executive Branch regularly informs the appropriate members of Congress about our counterterrorism activities, including the legal framework, and would of course follow the same practice where lethal force is used against United States citizens."

NPR's Carrie Johnson just spoke with All Things Considered's Melissa Block. Carrie says that during his speech, Holder laid out some rationales, including:

-- The person has to be overseas.

-- The person has to have a senior position in al-Qaida.

-- The threat has to be imminent.

-- The target must be in a place where the foreign government can't or won't capture him.

-- The person has to be actively taking up arms.

Carrie explained that in the case of al Awlaki, the government said he was a senior operational leader in al-Qaida and he was directing attacks including the attempted Christmas-day bombing of a U.S. airliner.