A man alleged by the government to be the leader of the hacker collective LulzSec has pleaded guilty to undertaking cyber attacks against companies such as Paypal, eBay and MasterCard.

"Hector Xavier Monsegur, known as 'Sabu,' was charged with 12 criminal counts of conspiracy to engage in computer hacking and other crimes in court papers in Manhattan federal court.

"The charges were filed via a criminal information, which means the suspect has likely been cooperating with the government."

That last sentence confirms an exclusive report by Fox News, which reported earlier today that authorities — with Monsegur's help — had arrested five members of the collective.

"This is devastating to the organization," an FBI official involved with the investigation told Fox News. "We're chopping off the head of LulzSec." 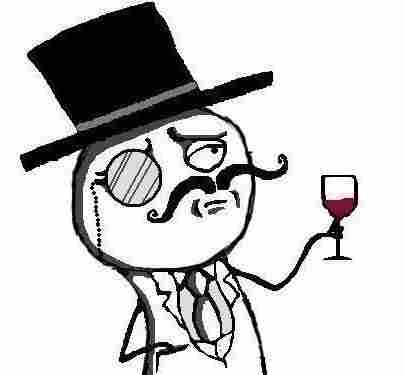 If you remember, LulzSec rose in the shadow of Anonymous. Last summer, it came to prominence after it hacked the PBS News Hour blog as well as Fox.com. In more serious cases, they hacked into the computers of Arizona's Department of Public Safety and released hundreds of files.

At one point they joined forces with the better known hacker collective Anonymous, but shortly after LulzSec called it quits. (These arrests are also not the first. Back in June, British police arrested one hacker they said was linked to LulzSec.)

"Those arrested on Tuesday include Ryan Ackroyd, aka 'Kayla,' Jake Davis, aka 'Topiary,' from London; Darren Martyn, aka 'pwnsauce,' and Donncha O'Cearrbhail, aka 'palladium,' from Ireland; and Jeremy Hammond, aka 'Anarchaos,' from Chicago.

"Hammond, a member of Anonymous — a group loosely affiliated with LulzSec — is believed to be the main actor behind the hack of U.S. security company Stratfor last December, which resulted in the seizure of more than five million company e-mails, customer credit card numbers and other confidential information. The secret-spilling site WikiLeaks has begun to publish the e-mail with media partners around the world."

Fox News reports that Monsegur has been helping the FBI for months now. The 28-year-old father of two, as Fox describes him, was allegedly running LulzSec from a public housing project in New York. He was quietly arrested last June and he began cooperating then.

That's certainly not picture Monsegur left on his twitter feed.

"The federal government is run by a bunch of [expletive] cowards," he wrote in one of his latest tweets. "Don't give in to these people. Fight back. Stay strong."