Accessibility links
Venus, Jupiter, Prepare For A Heavenly Date : The Two-Way Venus and Jupiter draw closer toward their Thursday conjunction in the west after sunset. 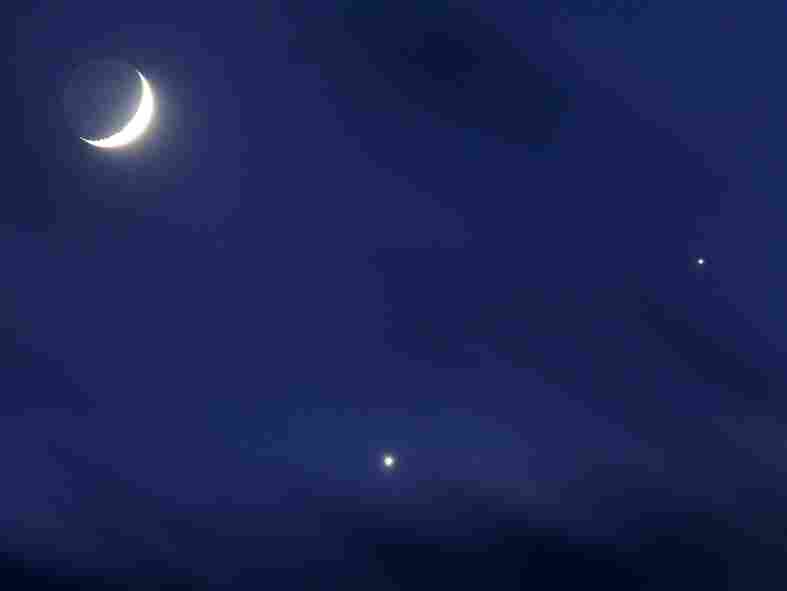 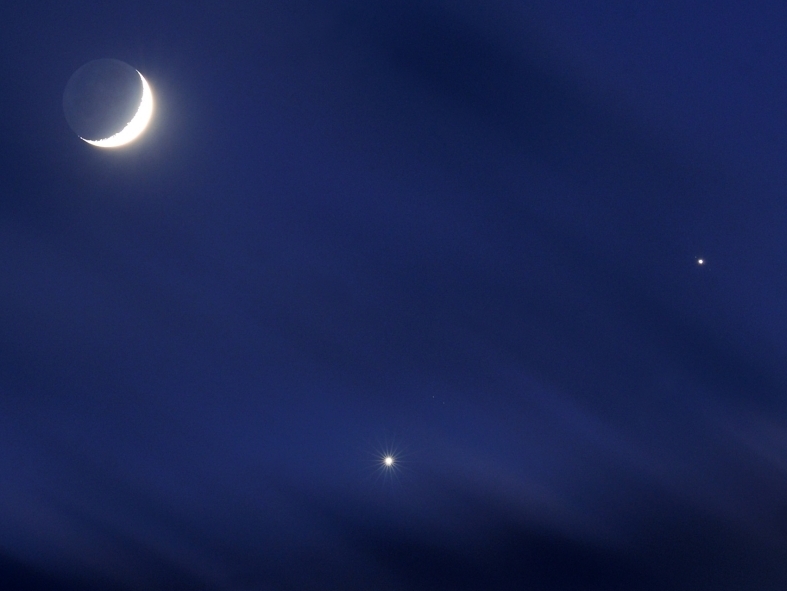 If you've had your eye on the western sky after sundown for the last several nights, you've been witness to a breathtaking sight. The two brightest planets, Venus and Jupiter, have been moving (at least from our perspective) ever closer.

On Thursday night, the two planets will line up in conjunction. Venus is about twice as bright as Jupiter, but they are both unmistakable – just look for the bright orbs in the west.

Venus-Jupiter conjunctions are fairly special events, occurring roughly every 13 months. And this one should be the best conjunction for several years to come for viewers in the Northern Hemisphere, experts say, because the two planets will be visible for so long in the evening sky. At mid-northern latitudes on Thursday, the pair should blaze bright over the western horizon for about four hours after sunset.

At the same time, and about 180 degrees away in the east, Mars is also putting on a show of its own. Look for the bright red object - again, it's impossible to miss.

If, like many Americans living in light-polluted urban areas, you've given up skygazing, never fear, because the light reflected from Venus and Jupiter is so intense that they have no problem cutting through a haze that would wash out even the brightest stars.

It's also worth noting that Jupiter, in particular, is an impressive sight even in small, amateur telescopes. Cloud bands, the Great Red Spot and the four largest moons are all easy to see with decent optics. Venus and Mars are less impressive in a telescope, but the rings of Saturn and its largest moon, Titan, are also excellent stargazing targets.