Accessibility links
Latest From Afghanistan : The Two-Way There are fears that the killing of 16 Afghan civilians on Sunday, reportedly by a U.S. Army staff sergeant, will inflame the people of that nation. But, "so far that has not come to pass," NPR's Quil Lawrence reports. 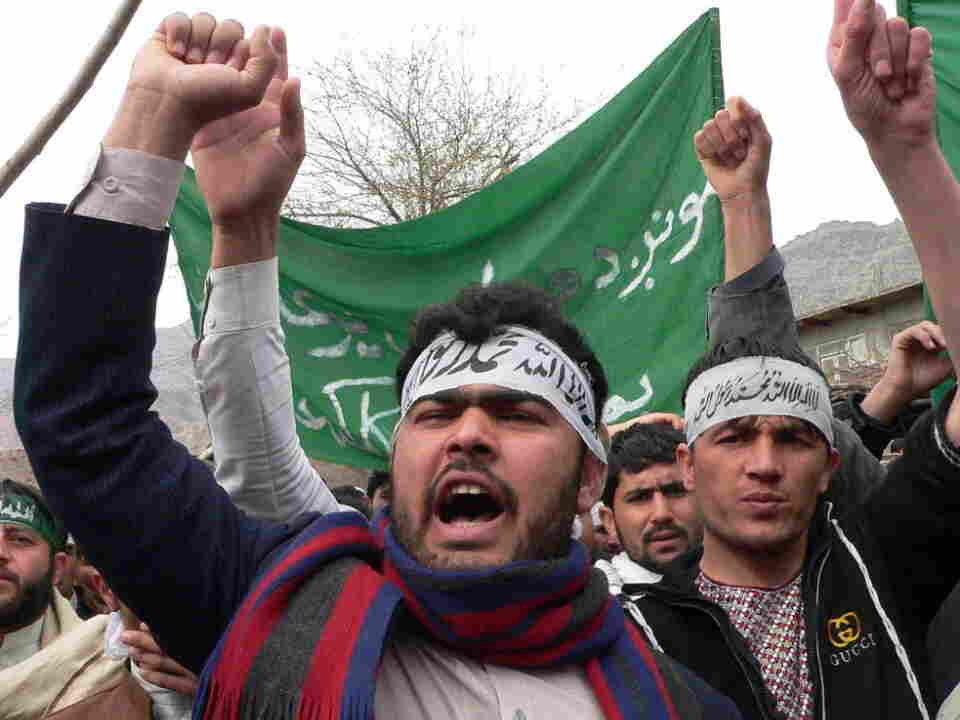 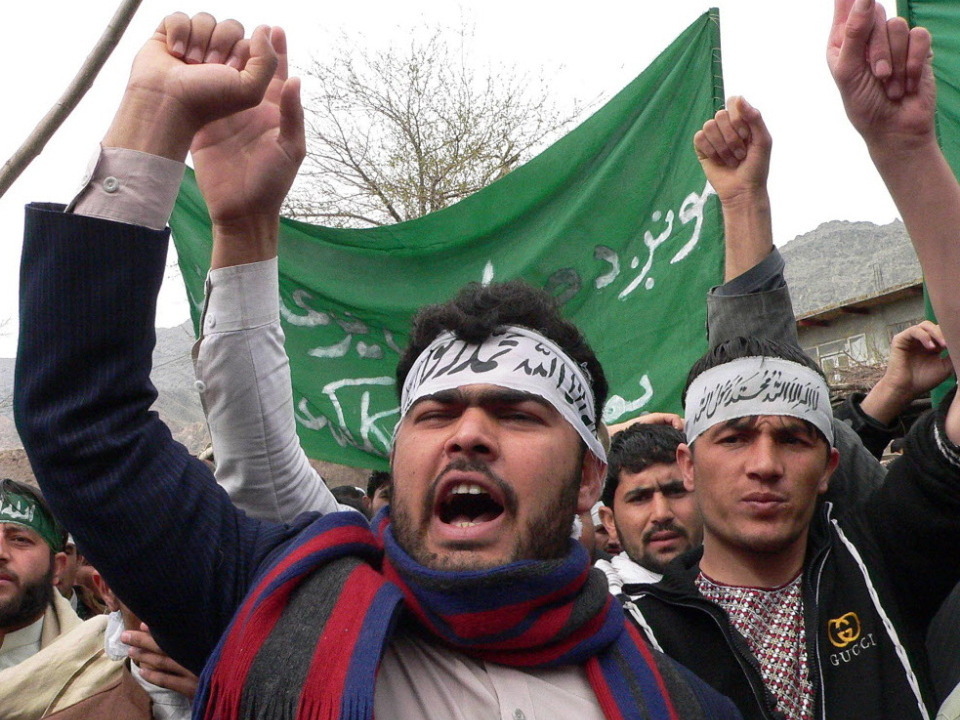 There are fears that the killing of 16 Afghan civilians on Sunday, reportedly by a U.S. Army staff sergeant who gunned down the men, women and children in cold blood, will inflame the people of that nation.

But, "so far that has not come to pass," NPR's Quil Lawrence said earlier today during a conversation with Morning Edition co-host Renee Montagne. (We'll be monitoring the news and updating this post if things change.)

-- "Militants opened fire Tuesday on an Afghan government delegation visiting villages in southern Afghanistan where a U.S. soldier is suspected of killing 16 civilians," The Associated Press reports. "The gunfire killed an Afghan soldier who was providing security for the delegation in Balandi village, said Gen. Abdul Razaq, the police chief for Kandahar province where the visit took place. Another Afghan soldier and a military prosecutor were wounded, he said."

-- Today in the eastern city of Jalalabad, Quil says, a few hundred protesters expressed their anger at the murders. And in Kabul, there were some sit-ins.

One reason the reaction so far has been rather muted, Quil says, is that Afghan media outlets have been told by the government of President Hamid Karzai "not to add to the chaos." So, for example, they have not been broadcasting photos of those who were killed or their grieving relatives.

But though the reaction so far in Afghanistan may not have been explosive, the ripple effects from the killings could be far-reaching. The New York Times' lead story this morning is "U.S. Officials Debate Speeding Afghan Pullout." According to the Times, "the Obama administration is discussing whether to reduce American forces in Afghanistan by at least an additional 20,000 troops by 2013, reflecting a growing belief within the White House that the mission there has now reached the point of diminishing returns."

On Morning Edition, NPR's Tom Bowman reported on the U.S. efforts to bring peace to southern Afghanistan, and how "the Army staff sergeant accused of killing men, women and children ... could undermine the U.S. effort throughout Afghanistan. Security might be better in many parts of Afghanistan thanks to a surge in troops, but the Americans could lose the support of the people."

And later in the show, Renee and co-host Steve Inskeep had a panel discussion with Rajiv Chandrasekaran of The Washington Post, former White House adviser Vali Nasr and retired Lt. Gen. David Barno. The killings, Chandrasekaran said, "couldn't have been a worse development at a worse time" for U.S. policy in Afghanistan because of the undermining effect it could have.

Also this morning, The Seattle Times looks at whether the "stress of combat tours" may have triggered the staff sergeant's actions. According to ABC News, it has been told by military officials that the soldier "had a traumatic brain injury at one point and had problems at home after his last deployment" in Iraq. As NPR's Martin Kaste added on Morning Edition, the 38-year-old staff sergeant (who has not been named) comes from Joint Base Lewis-McChord near Tacoma Wash. — one of the U.S. military's largest bases and one of its most troubled based on incidents involving some of its troops.

One more story of note to pass along:

On Morning Edition, Kandahar girls school principal Ehsan Ullah told Renee that "people are saddened and people are shocked, but also, we at the school feel that this is a condemnable action but we cannot blame the whole American Army for this. ... We still are outraged, and angry and ask for punishment.

The Associated Press reports that according to a "U.S. official," probable cause has been found to hold the soldier.

Update at 3 p.m. ET. Defense Officials Tell NBC The Soldier Admitted "I Did It":

"Defense officials have told NBC News that the Army staff sergeant who allegedly shot and killed 16 Afghan civilians, including nine children, admitted his actions to fellow soldiers just before he was taken into custody.

At the White House a moment ago, President Obama said the U.S. takes the killings "as seriously as if it were our own citizens and our own children who were murdered." He called the killings "outrageous and unacceptable," and said "it's not who we are as a country and it does not represent our military."

The U.S., Obama added, "will spare no effort in conducting a full investigation. ... I can assure the American people and the Afghan people that we will follow the facts wherever they lead us."

He also said the U.S. is committed to its strategy for unwinding the war.

According to The Associated Press, "U.S. military officials say it's unclear when charges might be filed in the case of the weekend massacre of 16 Afghan villagers allegedly by a U.S. soldier. Navy Capt. John Kirby, a spokesman for the NATO-led force in Afghanistan, says there is no timeline in such cases — that it could take days or weeks to prepare charges."