Accessibility links
Santorum Wins In Dixie, Romney Takes Hawaii And American Samoa : The Two-Way After another set of contests the story remains the same — pundits say former Massachusetts Gov. Mitt Romney is in front in the race for the 2012 GOP presidential nomination. But former Pennsylvania Sen. Rick Santorum continues his strong challenge. 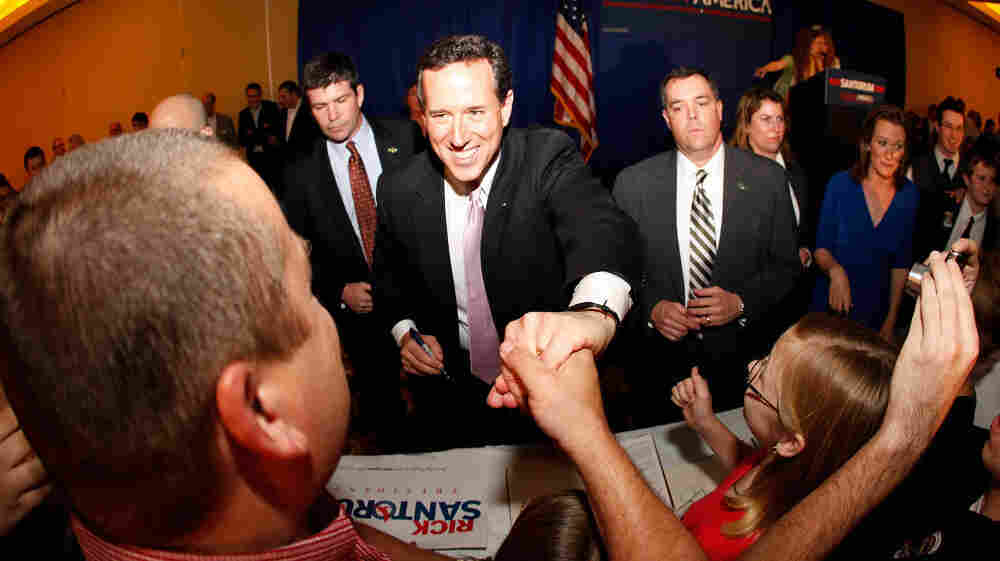 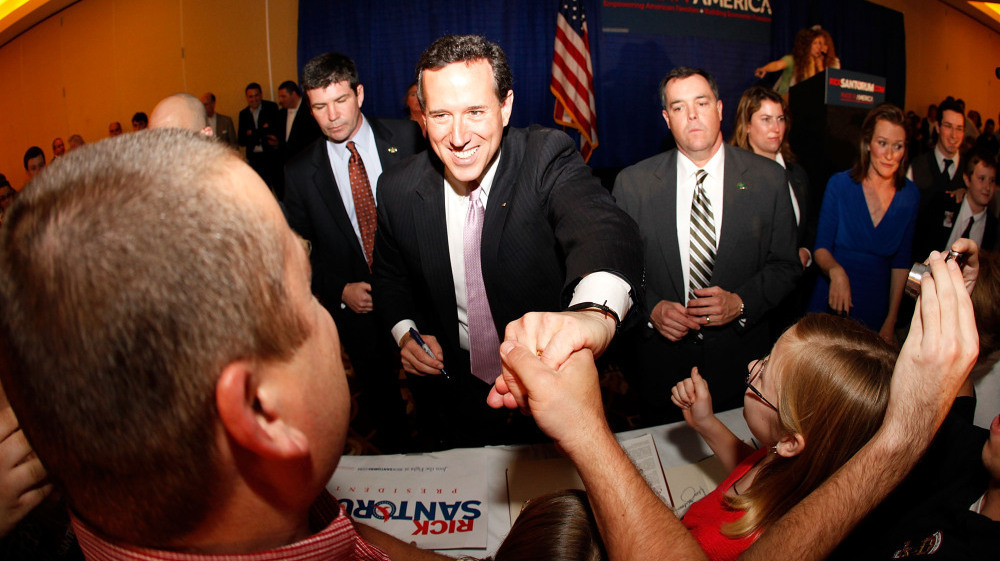 After another set of presidential contests the story remains much the same — pundits say former Massachusetts Gov. Mitt Romney remains the front runner in the race for the 2012 Republican presidential nomination, but former Pennsylvania Sen. Rick Santorum continues his strong challenge.

Eyder was live blogging last evening as results came in from Alabama and Mississippi, two states won by Santorum. Later in the evening, we heard that Romney had prevailed in Hawaii and American Samoa.

Former House Speaker Newt Gingrich finished second in both Alabama and Mississippi. NPR Senior Washington Editor Ron Elving writes this morning that it's time for Gingrich "to bid adieu and wrap up his bid for the nomination." Romney was third in both those states.

On Morning Edition, NPR's Mara Liasson reported that the Santorum campaign's strategy is to prevent Romney from collecting the 1,144 convention delegates he needs to be nominee — "even if that number is out of reach for Santorum himself." Romney has a lead in the race for delegates, with more than twice as many as Santorum. Gingrich, she said, is showing no signs of quitting.

Some other headlines about the race: