Accessibility links
'Tragic Day For All Of Belgium': 22 Children Killed In Bus Crash : The Two-Way They were heading home from a Swiss ski vacation when the bus they were on hit a tunnel wall head-first. Six adults also died. Twenty four children were injured.

'Tragic Day For All Of Belgium': 22 Children Killed In Bus Crash

'Tragic Day For All Of Belgium': 22 Children Killed In Bus Crash

There's been a horrible traffic accident inside a Swiss tunnel. At least 28 people — 22 of them children mostly around the age of 12 — were killed Tuesday night when the bus they were in crashed.

According to the BBC, "the coach, carrying 52 people back to the Belgian towns of Lommel and Heverlee following a skiing trip, struck a wall in the tunnel head-on." The crash happened in a tunnel in Sierre, in the Swiss canton of Valais.

It is "a tragic day for all of Belgium," the country's prime minister, Elio Di Rupo, says. 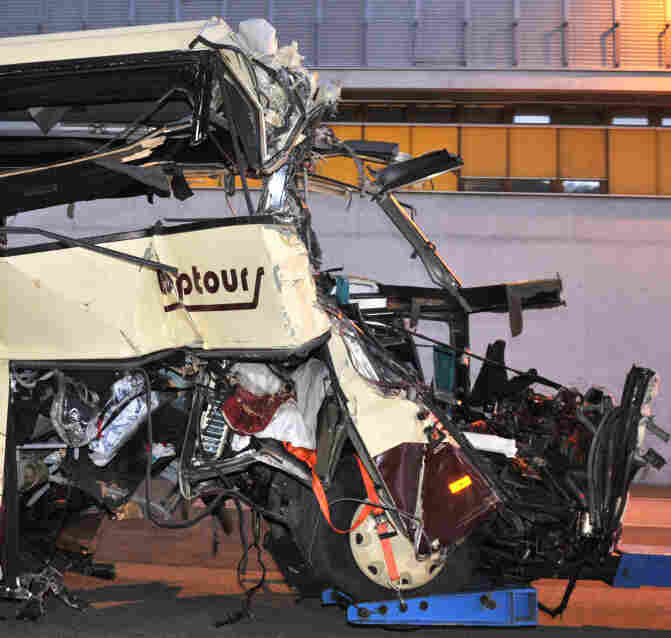 The mangled front of the bus. The crash happened in a tunnel in Sierre, in the Swiss canton of Valais. Sebastien Feval /AFP/Getty Images hide caption 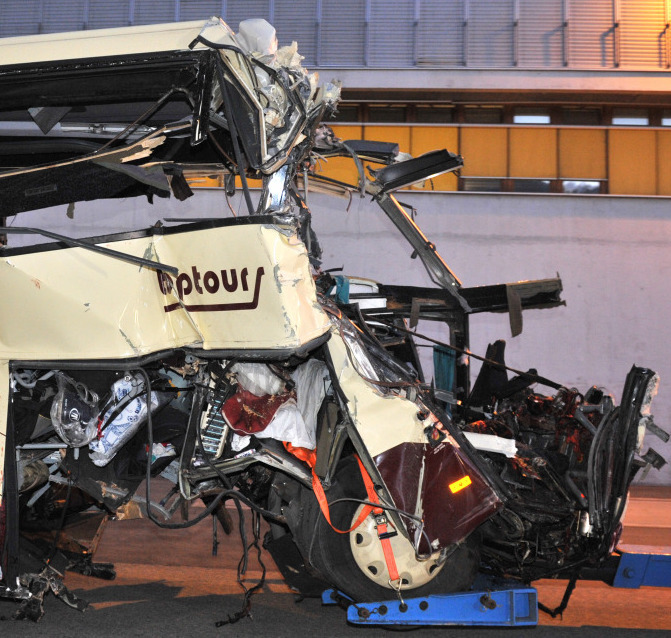 The mangled front of the bus. The crash happened in a tunnel in Sierre, in the Swiss canton of Valais.

"Those on board the bus that crashed were from the Stekske primary school in Lommel, close to the Dutch border, and from St Lambertus in Heverlee, near Leuven, with Belgian media saying the numbers were roughly even. Ten of the children involved are Dutch, the Dutch foreign ministry said, with all but one of them living in Belgium."

Reuters reports that "Children at St Lambertus school in the Belgian town of Heverlee were informed about the accident at an assembly before classes. 'We don't have words, only deep grief. They were supposed to be back now,' Dirk De Gendt, the local priest who is on the school board, told Reuters. Parents of the victims were due to meet at the school later in the morning and then travel by military plane to Switzerland. ...

"Twenty-four other children aboard the Belgium-bound bus were injured and were being treated in hospital, police said. Two drivers on the bus were also killed."