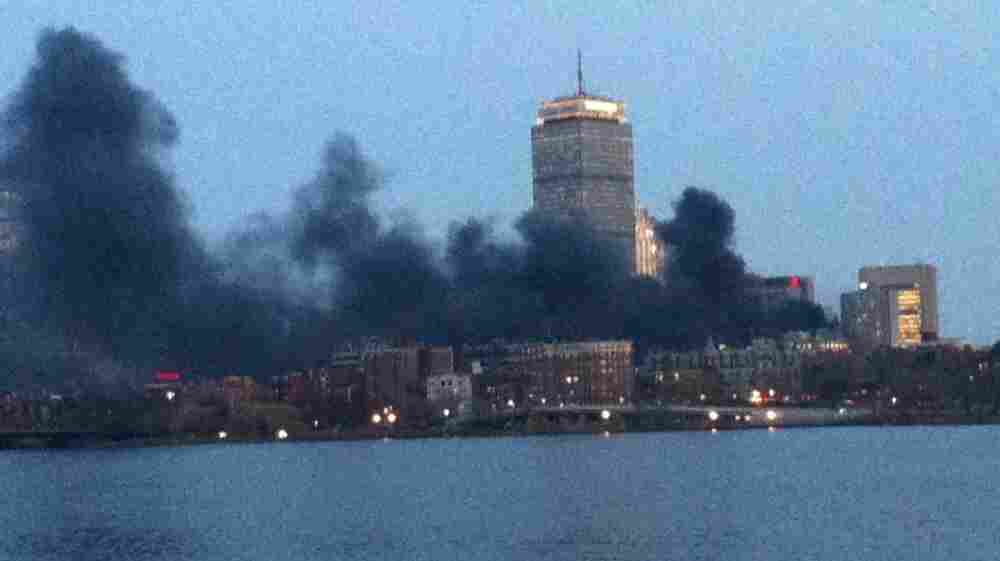 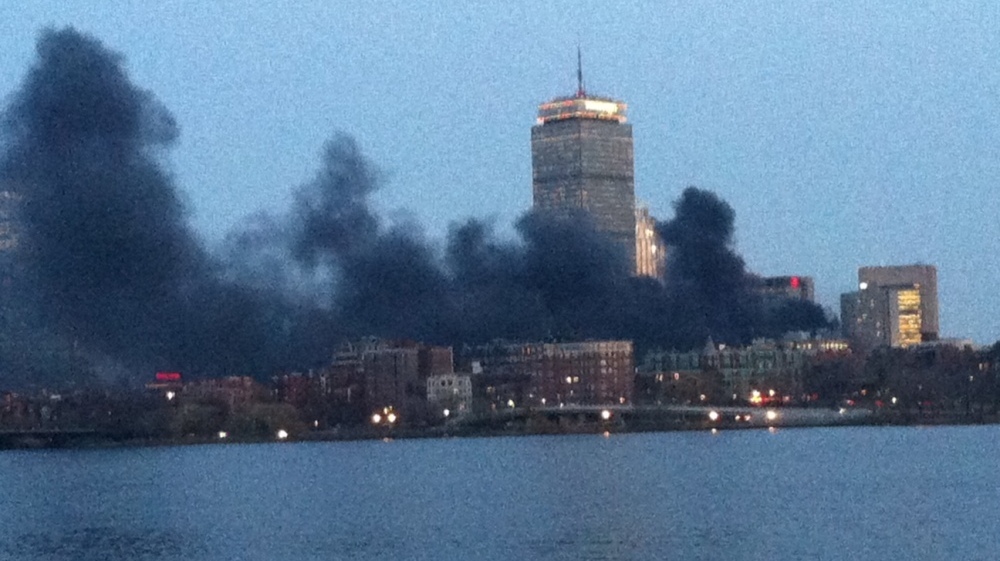 The smoke over Boston from Tuesday's electrical fire.

Repair crews are working this morning to restore power to thousands of homes and businesses in Boston's Back Bay district, "after two transformers caught fire Tuesday night, knocking out power" and sending think black smoke billowing over the area, our colleagues at WBUR report.

According to WBUR, "fire officials say the large plumes of dark smoke at the height of the fire weren't toxic. But police have asked people to stay away. The fire erupted in a 115,000-volt transformer near a garage behind the Back Bay Hilton Hotel. That hotel and the nearby Sheraton were evacuated as a precaution."

The Boston Globe adds that:

"Tthe blaze caused structural damage only in the transformer building and no serious injuries, it paralyzed the Back Bay and South End as the evening rush hour wound to an end, forcing hotel guests to take to the streets and commuters to seek alternative ways to get home as a part of the Massachusetts Turnpike was closed to traffic.

"More than 20,000 residential and business power customers lost electricity across a broad swath of central Boston, including parts of the Back Bay, South End, Chinatown, the Theater District, and Kenmore Square."

As of this morning, WBUR says, "about 13,000 N-Star customers are still without power and an N-Star spokesman says it could be tonight before all customers have power again."

No serious injuries have been reported.