Accessibility links
The Spotlight Shines On Another Central African Warlord : The Two-Way In the first court ruling handed down by the International Criminal Court, warlord Thomas Lubanga from the Democratic Republic of the Congo is convicted of recruiting thousands of child soldiers.

The Spotlight Shines On Another Central African Warlord

The Spotlight Shines On Another Central African Warlord 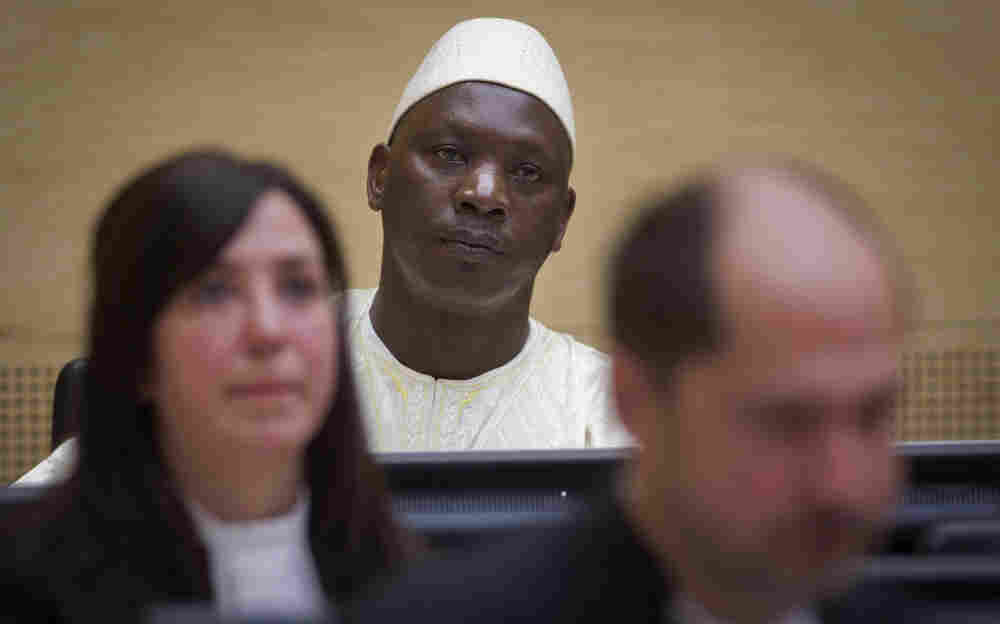 Congolese warlord Thomas Lubanga (center) at the International Criminal Court in The Hague, Netherlands, where he was convicted Wednesday of war crimes, including recruiting child soldiers. Evert-Jan Daniels/AP hide caption 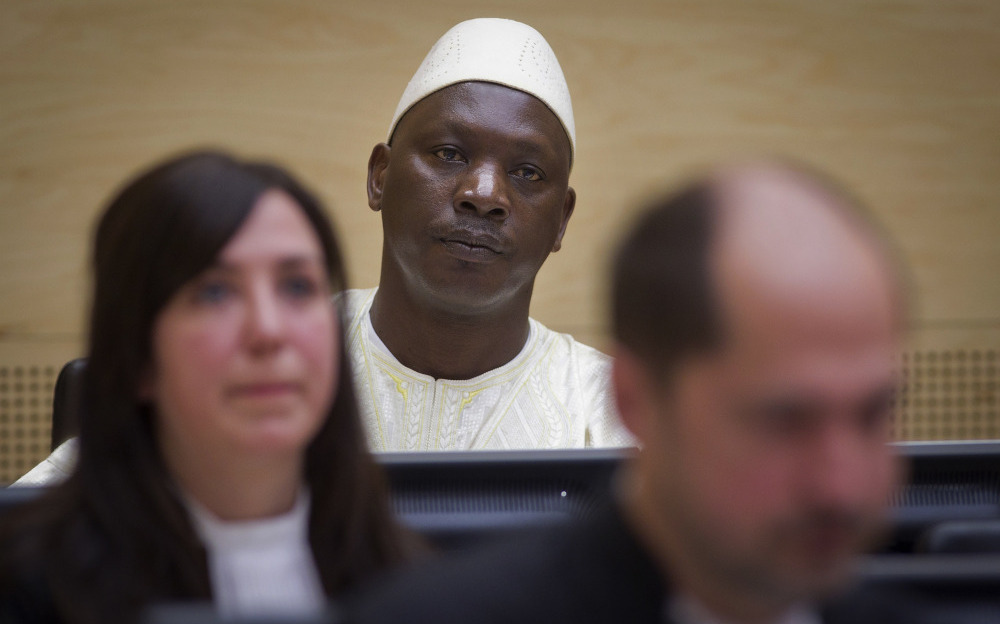 Congolese warlord Thomas Lubanga (center) at the International Criminal Court in The Hague, Netherlands, where he was convicted Wednesday of war crimes, including recruiting child soldiers.

There's been a major development involving a notorious warlord from Central Africa who snatched thousands of children and sent them to war on his behalf.

No, we're not talking about Joseph Kony, the Ugandan rebel leader who was catapulted to international infamy last week when an American group posted a YouTube video that was viewed by tens of millions within days.

This case involves Thomas Lubanga of the Democratic Republic of Congo, Uganda's neighbor to the West. The International Criminal Court at The Hague convicted Lubanga on Wednesday of recruiting kids, sometimes by force, to fight for his Union of Congolese Patriots in the Congo's long and brutal civil conflict.

Though he's not widely known, Lubanga's case is noteworthy on several counts.

Lubanga's conviction was the first handed down by the ICC in the 10 years since it was established.

"The prosecution has proved beyond reasonable doubt that Mr. Thomas Lubanga is guilty of the crimes of conscripting and enlisting children under the age of 15 years and using them to participate actively in hostilities," said the presiding judge, Adrian Fulford, according to the AP.

Among those in the public gallery at The Hague was actress Angelina Jolie.

"This is their day — where these children will feel there is no impunity for what happened to them, for what they suffered," Jolie was quoted as saying by The Associated Press.

Coming just days after the video on Kony that went viral, the verdict again draws attention to the nasty wars that have plagued Central Africa for the past quarter-century.

Kony's group began terrorizing Ugandans back in 1986. Rwanda was ravaged by a genocide in 1994. Congo's ruinous civil conflicts first began in 1996. The region is less violent today, but is still plagued by instability and various armed groups.

While Lubanga's verdict is a landmark for the ICC, there are still questions about how effective the court will be. ICC prosecutors have opened seven prosecutions and have five suspects in custody. The first person indicted back in 2006 was Kony. His exact whereabouts are unknown but one place he and his child soldiers might be is the Congo.