Accessibility links
As Pope Visit Nears, Cuba Detains Dissidents, Mexican Cartel Calls For Truce : The Two-Way The Knights Templars Cartel in Mexico called for a temporary halt in the violence while the pope is in the country. 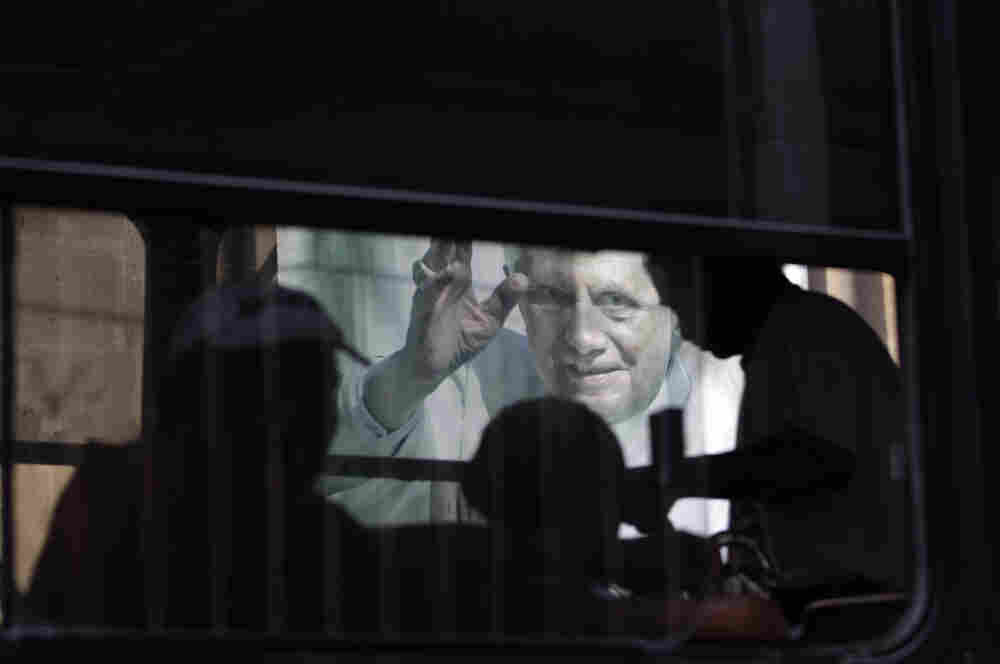 In this Feb. 29, 2012 photo, people riding on a bus pass a banner of Pope Benedict XVI on the wall of a church in Leon, Mexico. Dario Lopez-Mills/AP hide caption 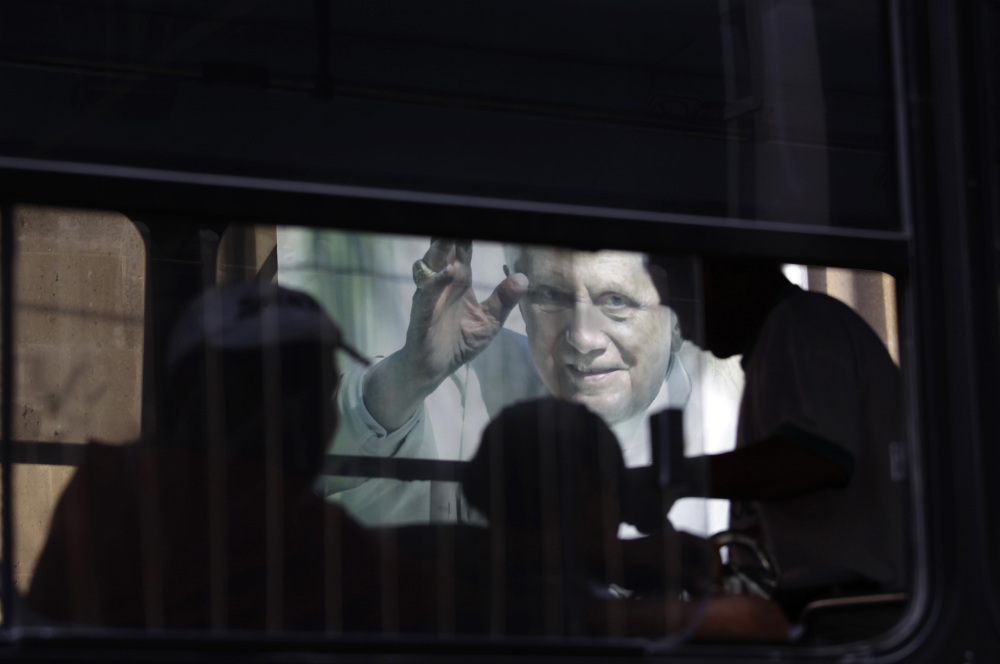 In this Feb. 29, 2012 photo, people riding on a bus pass a banner of Pope Benedict XVI on the wall of a church in Leon, Mexico.

Pope Benedict XVI is set to begin his tour to Mexico and Cuba on Friday. It will mark the pope's first visit to Spanish-speaking countries in Latin America.

With his visit, there have been two interesting developments:

-- First comes news that over the weekend, the Knights Templars Cartel in Mexico called for a temporary halt in the violence while the pope is in town.

A state government source told the AFP the cartel had put up signs in seven towns announcing the truce.

Borderland Beat, a blog that reports on the drug war, has pictures of the signs posted over pedestrian bridges. They report that back in January the Archbishop of Leon called for a truce during the papal visit.

"If my word reaches them, tell them to take into account the time that we live, is one of peace and grace that can work even allowing all these people coming to an act which is totally respectable, not do anything that may lead to an experience of grief," the blog quotes him as saying.

-- Second, the AP reports that Cuban authorities detained dissident activists during one of their weekly marches. The AP adds:

"Police took away Bertha Soler and three dozen supporters of the Ladies in White dissident group hours before they were to take part in a regular march down Quinta Avenida in the leafy Miramar neighborhood of Havana.

"'They were arrested,' said Angel Moya, Soler's husband and a former political prisoner himself. Soler was also detained briefly Saturday evening, he said.

"About 30 other Ladies supporters did make it to the march, which began peacefully, but state security agents moved in when the Ladies tried to extend the protest into streets they don't normally enter. All were escorted onto a bus belonging to state security. By Sunday evening, many had been released and some driven back to their homes, though Soler was apparently still being held."